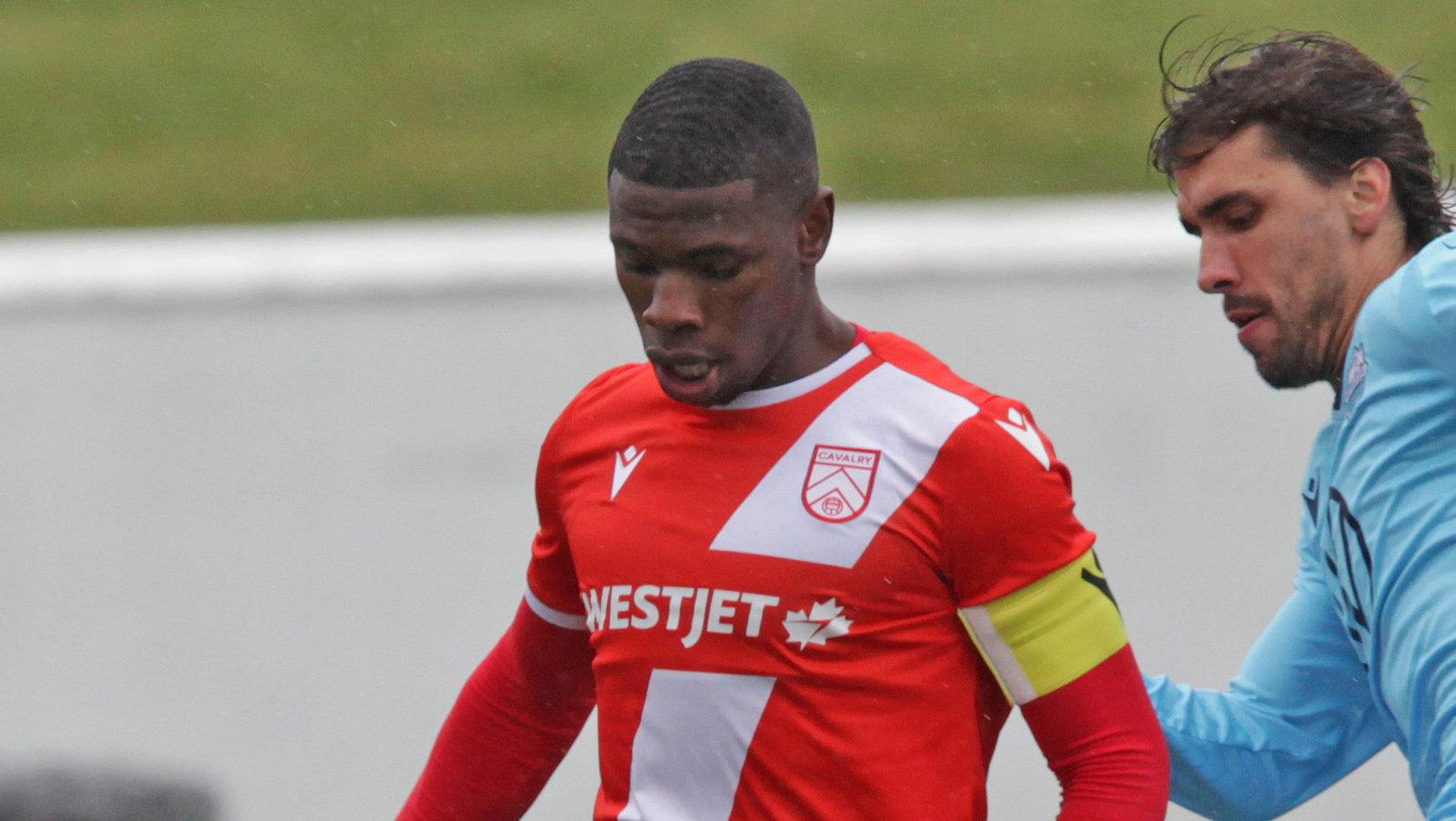 The most successful teams, in any sport, are those with leadership groups that number far beyond the appointed captain. Such is the case with Cavalry FC: Ask anyone involved with the club who their dressing room’s leaders are, and the list may continue for a while after skipper Nik Ledgerwood.

One name that often comes up, perhaps unexpectedly, is that of Elijah Adekugbe. Cavs coach Tommy Wheeldon Jr. himself has often pointed to the England-born midfielder as one of the most prominent voices of his group — you can verify that for yourself by watching his passionate pre-Finals speeches in the CPL’s Forever First: Rise to the Finals documentary.

“Being a ‘leader’ is more of a title as opposed to any different action,” Adekugbe told CanPL.ca. “We have a great group of guys that we all lead each other. I think the only thing that maybe separates myself is I’m able to connect with a wide variety of the guys because of my background, for whatever reason. Guys feel comfortable talking to me.”

Although he only got into 19 league games, with injuries keeping him sidelined (including for both games of the CPL Finals), Adekugbe was a constant fixture around the squad. He did manage four assists in that time, and he was one of the better ball distributors around the league.

In terms of why teammates might gravitate to him, Adekugbe does have the benefit of a varied experience. He played some of his (very early) youth football in England before moving to Alberta as a child. Plus, he’s been around the block as much as anyone else with the Calgary Foothills, even though he’s only 23.

RELATED READING: Carducci looks to establish himself in CanMNT depth chart: ‘I think I’m getting close’

At the moment, though, things are a little different; how exactly do a team’s leaders, well, lead while the training pitch is closed? What does it mean to be a “leader” in the age of self-isolation?

Adekugbe explains that Cavalry’s players, like every other CPL club, have been completing workouts at home and staying in touch on a daily basis. They’re active in a team group chat, and they’ve kept each other accountable by posting videos of themselves completing the assigned fitness routines.

Beyond that, though, Adekugbe says it’s important to reach out to teammates.

“I like to stay in touch with guys, and that’s just through texting, or Facetime,” he said. “You just talk to them. It’s as simple as talking to guys.”

He added: “I don’t think there’ll ever be a day when virtual interactions replace in-person interactions, I just don’t think you can ever replace that. There’s an energy that comes with being around the guys physically.”

That said, Adekugbe knows it’s not like Cavalry’s situation is unique; indeed, self-isolation is a great equalizer of all levels of football right now.

“It’s obviously gonna be difficult, but the good thing about it is it’s not just a Cavalry problem,” Adekugbe said. “Every team in the league is going through it.”

Adekugbe tells CanPL.ca that, thankfully, he’s had enough to fill his time at home to avoid going stir-crazy. On top of working out and staying in touch with teammates, he’s coaching a youth team of his own, as well as helping grow the soccer training business he’s running with Marco Carducci and Carlos Patiño.

Of course, he’d still prefer to be back on the pitch.