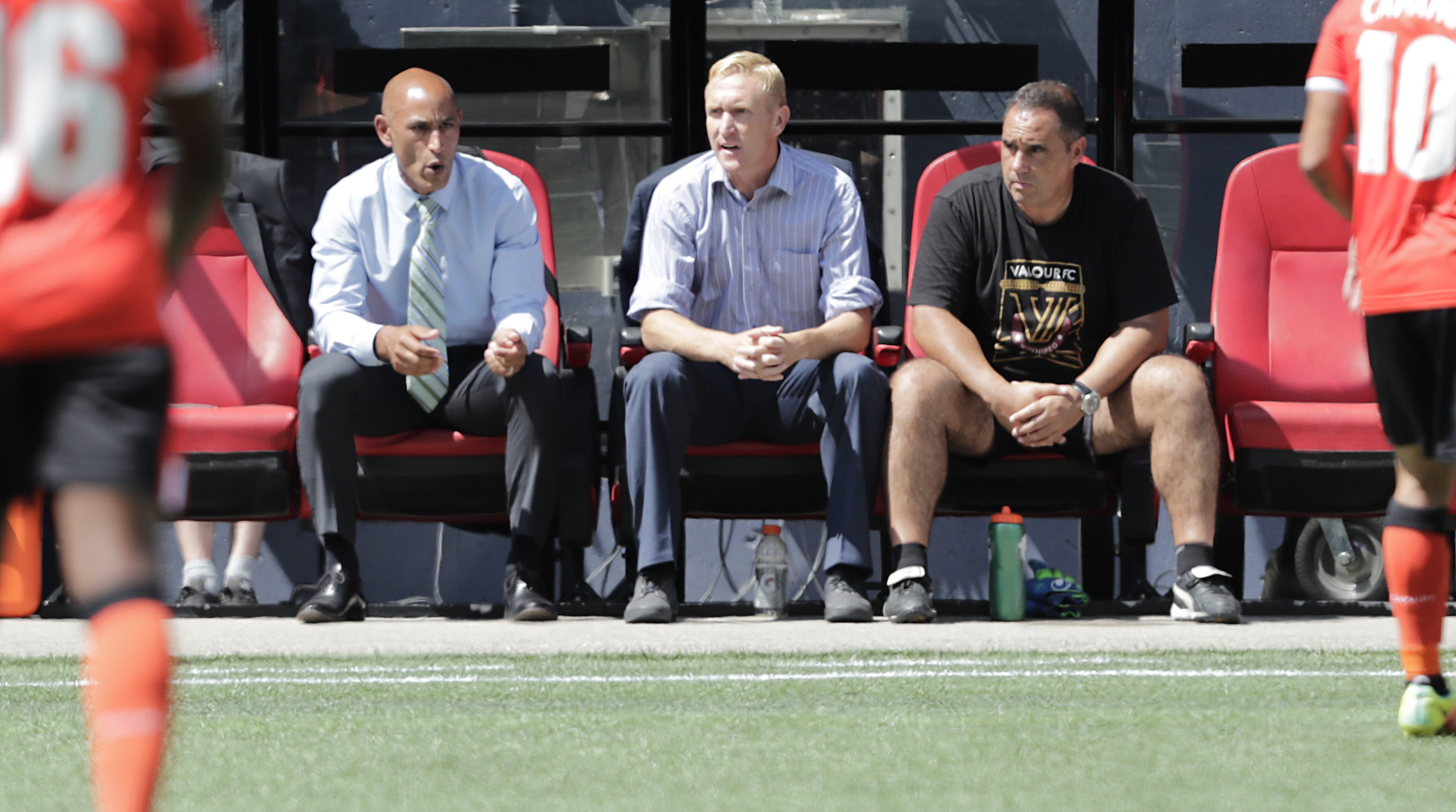 The Centre Circle LIVE! crew has returned to rank the CPL’s seven clubs for the fourth time in the CPL’s Fall session.

A no-brainer. Cavalry retain their top spot fresh off the most monumental win by a CPL team ever; a 2-1 second-leg CanChamp victory in Vancouver over the Whitecaps to advance to the Semi-Final. A first win for a CPL club over MLS opposition, the Cavs pulled off a rare cupset. Oh, they drew Valour on Saturday, but, come on, that night in Vancouver!

The Nine Stripes return to second after another historic victory: a 6-2 thumping of HFX Wanderers, setting a record for the largest margin of victory, most goals scored and the first hat-trick (scored by Rodrigo Gattas) in a CPL match. This came days after Y9 dropped a slim 1-0 second-leg result to Montreal Impact in CanChamp, with a penalty sending Jimmy Brennan’s side home in a hotly-contested tie.

Forge FC were stalled by FC Edmonton on the weekend, coming to a 1-1 draw with their Albertan opponents at Clarke Stadium. Dropping points to the Eddies for the second time this Fall session puts Bobby Smyrniotis and co. on 10 points from five matches – good enough for top spot in the Fall standings.

Same as Forge, all FC Edmonton has to show from this week is a dreary 1-1 tie, keeping them dead-middle for the second-straight week. That late equalizer could have been enough to keep them in the hunt, though.

A Marco Bustos penalty rescued a result for Valour at home to Cavalry on Saturday, giving the Winnipegers a second point from three matches. With new signing Jose Galan impressing, and matches against lower-half opponents Pacific FC and HFX Wanderers coming up, Valour could climb even further.

Idle this week, Pacific stay rooted in fifth. With a 1-3-0 record, PFC are getting ready for three-straight road matches – where could their Fall season go from here?

Not the greatest week for HFX. Booted from the CanChamp despite a spirited 2-2 second-leg draw against Ottawa Fury, the Wanderers stayed in Ontario, heading down to York Region only to give up the largest win in CPL history. Good news? This extended road trip will wrap up on Wednesday in Edmonton.