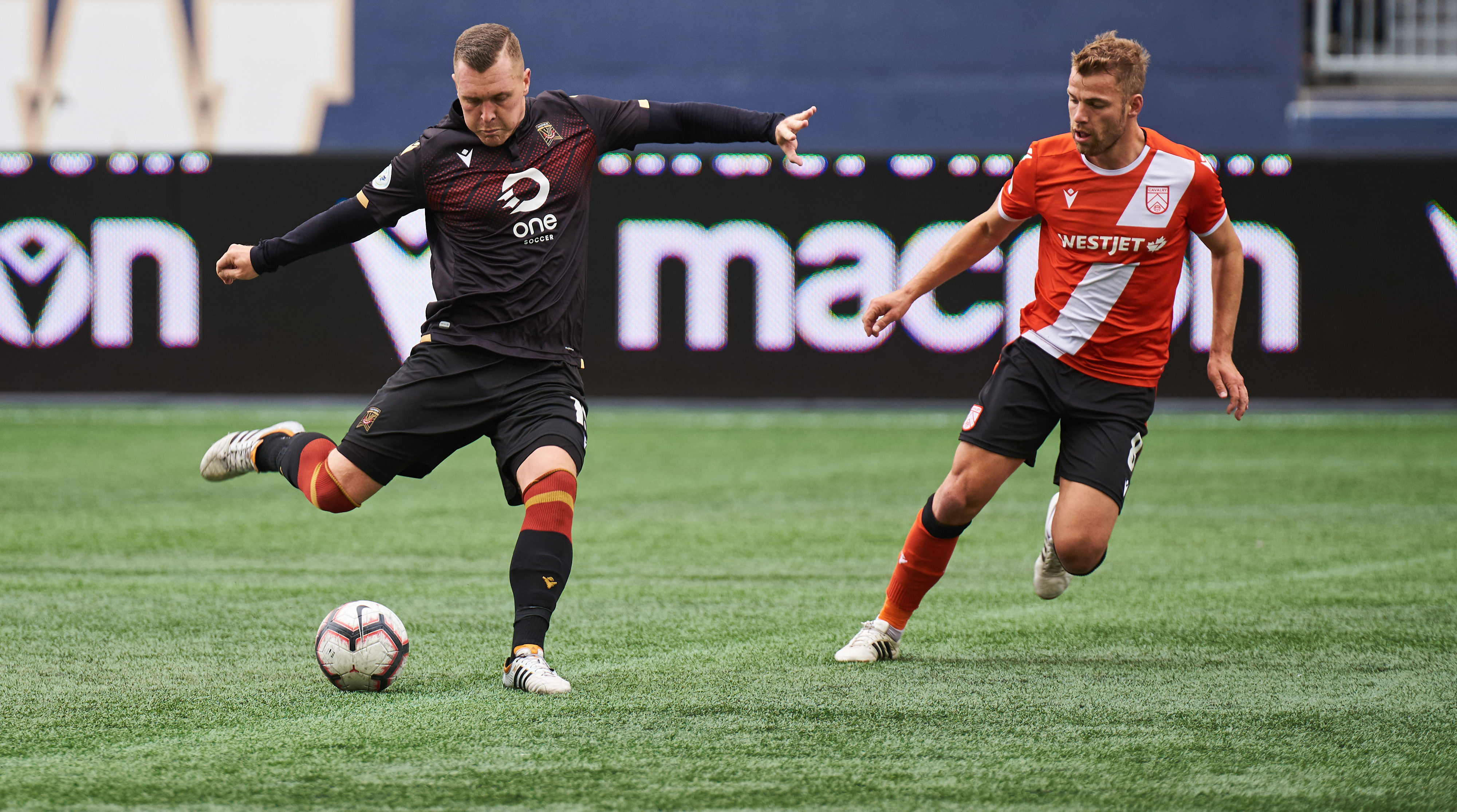 Well, Labour Day marked quite the turnaround for the Spring champions. Last week’s loss to Forge and a 1-1 draw to Pacific past, Cavalry romped into Winnipeg and trampled Valour en route to a record-setting 8-0 win. Quite the statement to make just as Marco Carducci heads to Canada camp.

A quiet exit from the CONCACAF League in Honduras defined Forge’s week – a first loss in nearly two months – as the Hammers land in second spot. Scoreline aside, Bobby Smyrniotis was still praising his side’s continental campaign, especially with a crucial Fall stretch upcoming, starting with the 905 Derby…

The Tridents’ draw against the Cavs at midweek looks even more impressive now, considering Valour’s fate. Pacific were unlucky not to score a second at Spruce Meadows as Terran Campbell added to his golden boot-leading tally.

The Eddies went 90 minutes before recording a shot in Halifax, not exactly the rebound they’d hoped for from last week’s late loss. Another dropped result for Jeff Paulus’ group, desperate to keep pace with Forge for that second spot in the CPL Championship – Fall title or otherwise.

The Wanderers’ long-awaited return to CPL action left a lot to be desired. A smothering loss to Valour on Wednesday, followed by a listless stalemate with FC Edmonton the weekend sees HFX remain bottom of the Fall standings with eight points from 10 matches.

For every action, there is an equal and opposite reaction. Valour go bottom as the opposite reaction to an eight-goal drubbing at IG Field. Team and individual defensive mistakes led to the “90 minutes of hell” for the Winnipegers, who conceded the most goals any CPL side has in a single game. Makes that 2-0 win against HFX seem like forever ago.