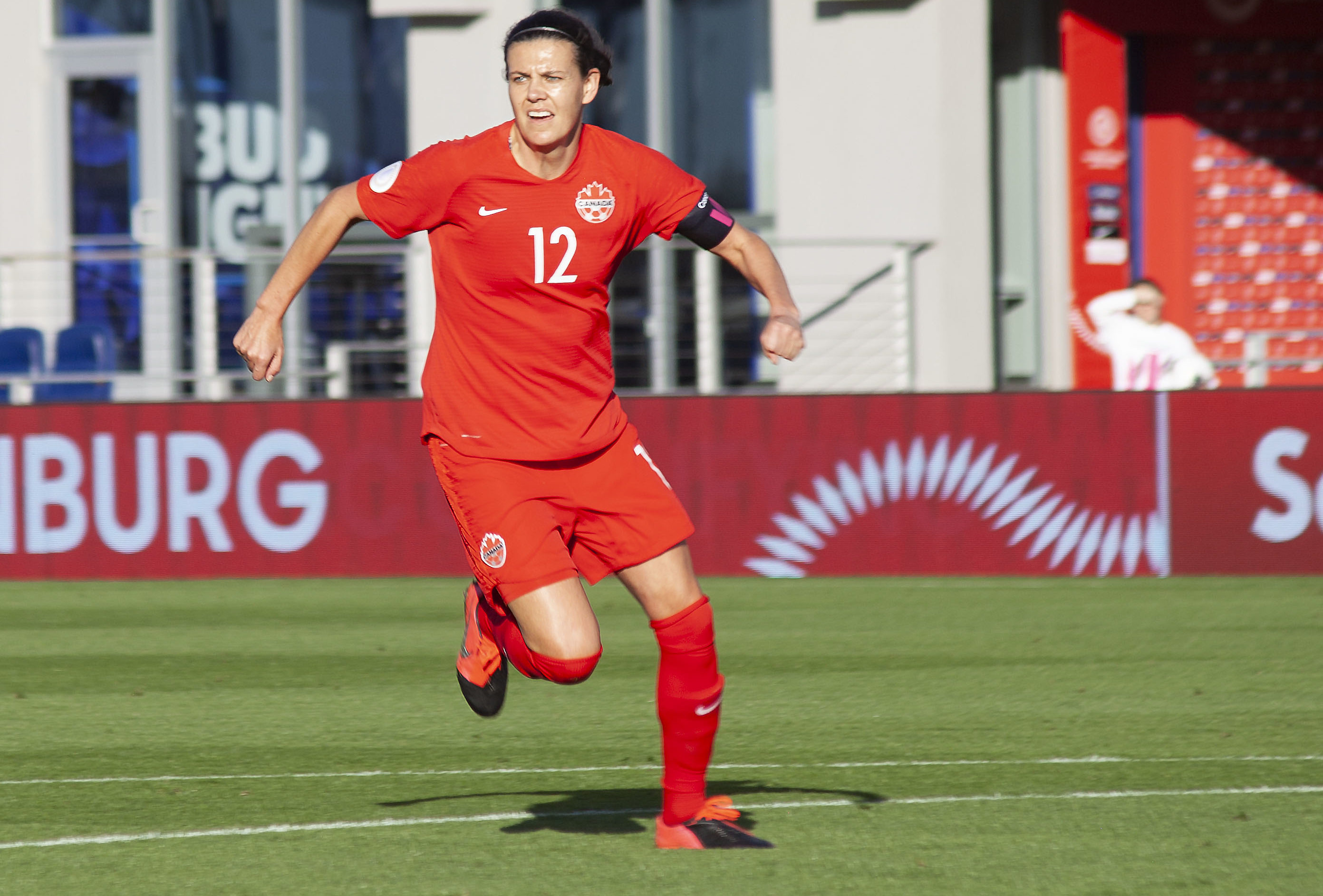 You can’t keep a good woman down.

Christine Sinclair was named to coach Bev Priestman’s 26-player roster on Thursday for a pair of upcoming friendlies, which will mark the Canadian captain’s first games for the women’s team in 2021.

Canada will face Wales on April 9 and England on April 13 in away matches that will help the Reds prepare for this summer’s Tokyo Olympics.

Sinclair, a 37-year-old native of B.C., is the all-time leading scorer in international soccer (for both men and women) with 186 goals. The prolific forward is also Canada’s all-time caps leader with 296.

But Sinclair, who made her international debut at age 16 at the 2000 Algarve Cup, did not join the Canadian team in Florida in March for the SheBelieves Cup because of an injury. Previously, Sinclair had missed just three Canadian camps since 2007. Her last appearance for Canada came on March 10, 2020 in a 2-2 draw against Brazil at the Tournoi de France.

Canada played the United States, Argentina and Brazil without Sinclair at the SheBelieves Cup, as the Reds went 1-0-2 at the invitational tournament in Priestman’s debut as coach. Goals were hard to come by in Florida, as Canada scored just one goal. Having Sinclair back should help to spark the Canadian attack in these friendlies, but Priestman insists the team can’t simply rely on its captain to score goals.

“We can’t all assume that Christine is back and all of a sudden Canada is going to solve the problem of putting the ball in the back of the net,” Priestman told reporters on Thursday.

“I am a big believer that (the goals) will come… but it absolutely needs to be (from) the wider group; that can be from set pieces, and centre-backs scoring, right the way through to Christine. It definitely won’t be on her shoulders, although I know she’ll carry that.”

Canada Soccer said the following players were not available for selection due to medical reasons: defenders Kadeisha Buchanan and Bianca St-Georges, midfielder Diana Matheson, forward Adriana Leon, and goalkeepers Kailen Sheridan and Sabrina D’Angelo. Priestman expects all of these injured players to be available for the Olympics.

Priestman explained she’d been tracking Lacasse, including her appearance against Chelsea in a recent UEFA Champions League match.

“What we’ve seen is she scores goals, which is hopefully going to help. She can be quite direct as a threat in transition,” Priestman said.

Also named to this Canadian roster are goalkeeper Erin McLeod, fullback Ashley Lawrence and forward Jordyn Huitema – they all missed the SheBelieves Cup for a variety of reasons.

England, No. 6 in the current FIFA world rankings, should prove to be a stern test for Canada (No. 8, tied with Brazil), as the majority of its players ply their trade for clubs in the FA Women’s Super League, The English first division. A number of Canadian players also play in England, most notably defender Shelina Zadorsky (Tottenham), midfielder Jessie Fleming (Chelsea), and forward Janine Beckie (Manchester City).

Canada and England aren’t strangers, as they’ve met 13 previous times dating back to their first meeting at the 1995 FIFA Women’s World Cup in Sweden, a 3-2 win for the English in the first round. Both nations made their World Cup debut at that tournament. They also faced off at the 2015 World Cup staged in Canada, with England earning a 2-1 win in the quarter-finals in Vancouver.

Canada came out on top in most recent match between the two nations, notching a 1-0 victory on April 5, 2019 in Manchester, with Sinclair scoring the lone goal. Canada has won six of the 13 matches against England, with no draws.

Priestman, who is English, served as an assistant coach with England under Phil Neville before taking over the head coaching job for Canada last October. Also, former Canadian assistant coach Rhian Wilkinson (who earned 181 caps for Canada as a player) recently joined the coaching staff of the England team.

Wales is No. 31 in the world rankings, tied with Argentina and Ireland.

Canada and Wales have met just once before, in a 2002 clash at the Algarve Cup in Portugal. On that occasion, Canada won 4-0, with a pair of goals coming from a then-teenaged Sinclair.

With the Olympics looming, Priestman revealed she won’t experiment too much with her line-ups in these friendlies, as she’ll be looking to build up the team’s chemistry ahead of the team’s trip to Japan.

“We haven’t got much time, so every session and every game now right up until the Olympics is really important. Yes, there’s players that maybe I haven’t seen and might need to see, but I think it’s going to be definitely (geared) more towards trying to get some core players together on the pitch more often,” Priestman said.