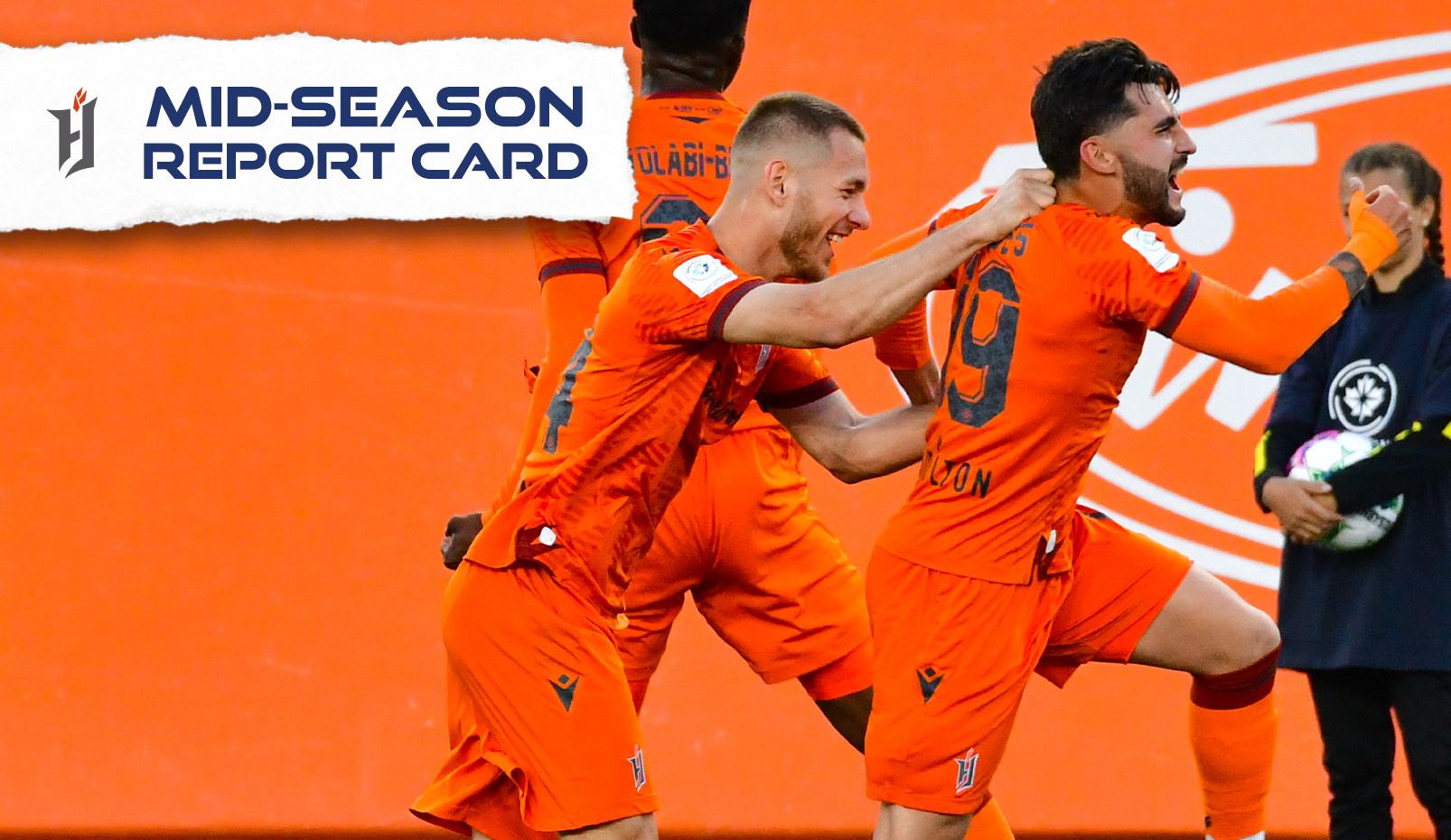 Two report cards will be released per day over the course of this week. Up next: Forge FC.

Alexandre Gangué-Ruzic: It feels like Forge are the sleeping giants of the CPL right now. When they turn it on, it’s been electric, but they’ve also been just as prone to some defeats to forget. It’s been a tough year for injuries, to be fair, and they’ve had some horrid luck defensively, so it’s also worth noting that a lot of it has been out of their hands. And seeing how they’ve done with the things they can control, from the performances of regular players such as Tristan Borges, Alexander Achinioti-Jönsson, Kyle Bekker, David Choinière and Woobens Pacius, and the continued progress of new signings such as Aboubacar Sissoko, Terran Campbell, Alessandro Hojabrpour and Rezart Rama, it feels like their luck will turn soon. That’s bad news for the rest of the league.

Benedict Rhodes: The Hammers had a bit of a slow start to the regular season, but once they hit their stride they were firing on all cylinders. Their stars are performing well, some new recruits are impressing, and they’re slowly but surely working their way up to the top of the pile.

Charlie O’Connor-Clarke: Results from the first half of the season have not come as easily as Bobby Smyrniotis et al. might have hoped, but that’s actually nothing new for the Hamilton club. They’ve been battered with defensive injuries to key players, but a cast of newcomers to the squad have stepped up in big ways — as have evergreen veterans like Alex Achinioti-Jönsson and Kyle Bekker. Ever since Rezart Rama and Malik Owolabi-Belewu have slotted into the squad and Forge have begun using a midfield of Bekker, Sissoko, and Hojabrpour, they’ve been playing some of the most fluid football in the CPL, most notably during their four-game May/June winning streak where they outscored opponents 14-3. The only missing link, occasionally, has been final balls and capitalizing on chances in good areas in some matches.

Kristian Jack: Between the first two games and the last two games of 2021, Forge were a model of consistency, never once going two matches without winning a game. In 2022 they have done so already three times, facing challenges internally with major injuries and externally against teams sitting deeper and asking them to try and break them down. What remains the same is the team’s commitment to playing in an identity that is easy on the eyes. When they are at their best there is a flow in possession few clubs can reach. Their core remains, led by the consistent skipper Kyle Bekker and stylish Swede Alexander Achinioti-Jönsson, who has arguably been the league’s best player so far. They have also been boosted by the Hamilton team’s ability to recruit players, with several new faces adapting quickly as regulars that Bobby Smyrniotis can rely on.

Mitchell Tierney: Forge is unquestionably still among the league’s elite teams. They have the best goal differential in the CPL, and have had some genuinely dominant performances this season. Rezart Rama, Ashtone Morgan, Alessandro Hojabrpour, Kwasi Poku, Malik Owolabi-Belewu and Aboubacar Sissoko have all been excellent additions. That being said, they have also dropped a few uncharacteristic results this season, especially at home where only FC Edmonton has fewer points.

Alexandre Gangué-Ruzic: Things are set up quite nicely for Forge to go on a run here. With games in hand on everyone around them, and no summer Concacaf adventures to focus on, Bobby Smyrniotis and co. will put everything into climbing up the CPL table. For a team that is already the far-and-away expected goals leader in all categories, as well as the actual goals categories, that’s scary, as they’ve already been quite dangerous in all areas of the field despite their injuries. Because of that, it feels like a push to a fourth-straight final is not out of the question, especially if they can keep their big names on the field on a regular basis.

Benedict Rhodes: Without any other competitions to worry about for the first time at this stage of the season, Forge can focus all of their attention to the CPL, and that should strike fear into the other seven clubs.

Charlie O’Connor-Clarke: Sooner or later, more goals are going to start going in for Forge — they’re certainly playing well enough. As Bobby Smyrniotis has often said, it doesn’t much matter where they finish in the table as long as they’re in the playoffs, and once they get there they’ll have an excellent shot at a third title. If they get a little healthier, they’ll be even harder to beat. Tristan Borges is continuing to round into form and David Choinière has had some incredible performances too; the missing piece is being able to put it all together in the final third every week.

Kristian Jack: Forge will make the playoffs and will be the favourites to win it again in 2022, simply because of their experience when the lights are the brightest. However, they are not close yet to being at the peak of their powers. Firstly, they know they must get healthier. Daniel Krutzen, for example, can be the league’s best defender and is yet to play this season. Secondly, they still need to find a way of becoming more efficient in front of goal. Terran Campbell has only scored in one game and the team are at their most dangerous when more attackers can get touches in the opposition’s box. Should these areas of improvement be mastered before the playoffs, look out.

Mitchell Tierney: There is plenty of room for improvement, especially should they get more healthy. Already the league’s best defensive team with just 11 goals conceded, they have done so with several key defenders on the sidelines including Johnny Grant, Dom Samuel and Daniel Krutzen. Terran Campbell has also yet to really hit his stride in orange, and should he do that Forge instantly becomes more dangerous.