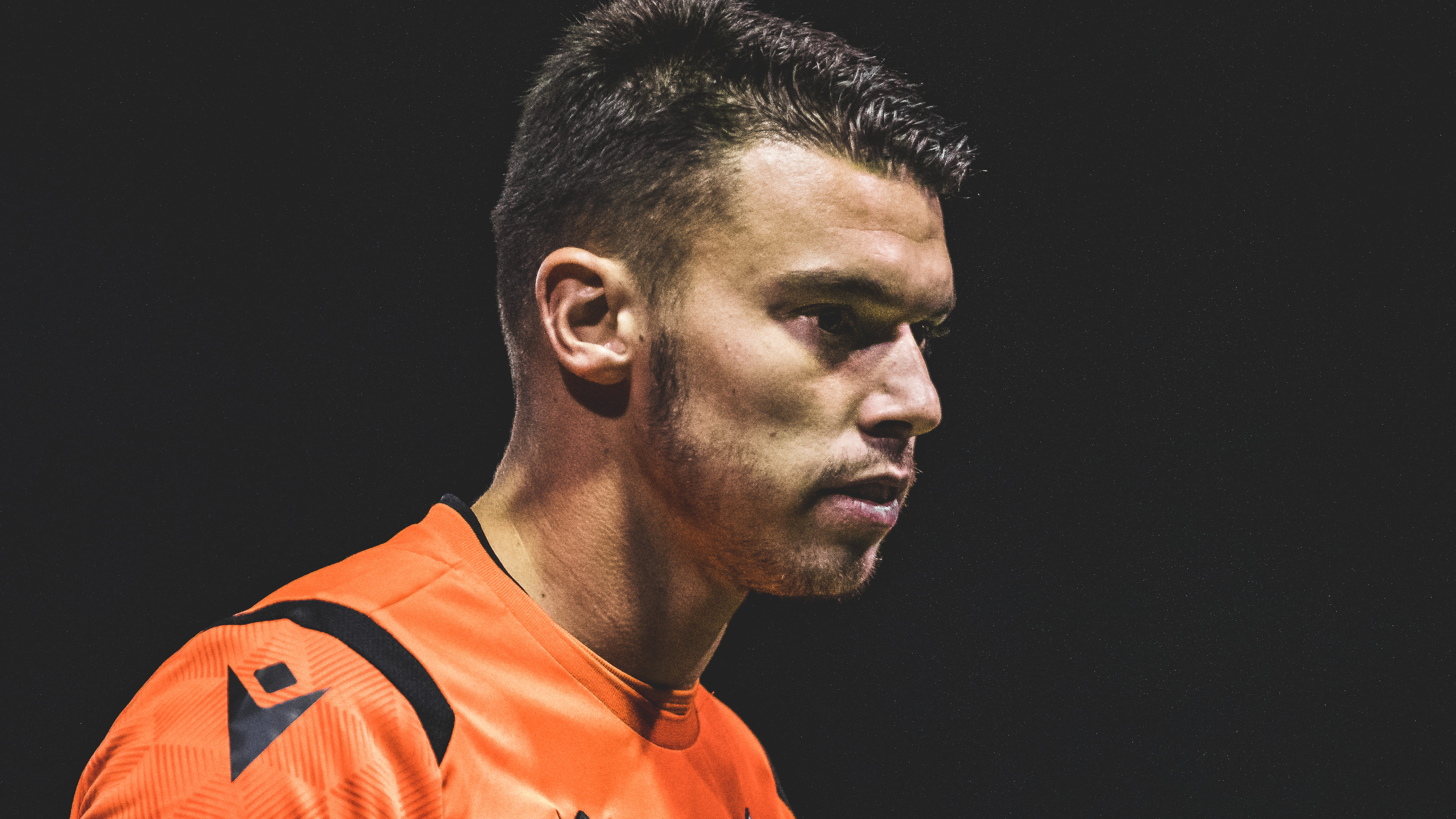 In a little over two years, U SPORTS men’s soccer has become a key pipeline for Canadian soccer talent.

The ongoing CPL-U SPORTS Draft, which is set to return in January of next year, has brought 17 players to the Canadian Premier League, many of which are considered some of the league’s brightest stars.

January’s draft will consist of two rounds, with eight picks in each round and each CPL club making two selections. All 16 draftees will be invited to their club’s pre-season training camp ahead of the 2021 CPL campaign.

A total of 13 players made the jump to CPL clubs in 2019, surprising coaches and Canadian soccer onlookers, making key contributions in the CPL’s inaugural season. A total of 12 former picks made at least one appearance during the 2020 season at The Island Games in PEI, further showing how valuable Canada’s university circuit is.

Here are the top CPL-U SPORTS Draft picks, ranked by impact at the CPL level.

The 14th and final pick in last Fall’s CPL-U SPORTS Draft, first-year fullback Jake Ruby wasn’t expected to make a CPL roster – especially as he arrived from Trinity Western University, a small British Columbia school where he was first spotted by CPL’s scouting department. Months later, thanks to a comprehensive scouting report, Ruby was invited to Wanderers training camp and never looked back, eventually riding out the COVID-19 stoppage and earning a contract. Ruby, now 20, made eight appearances for the Wanderers in PEI.

Pacific FC’s lone 2018 pick to make the club, a then-20-year-old Verhoven came off a decent season with the UBC Thunderbirds. A solid pick, but few expected him to emerge as one of the best two-way wide midfielders in the league. His late-season form in 2019 saw him play all but once in PFC’s Fall season campaign, contributing two goals and three assists.

Verhoven lands at the top in most attacking categories across both seasons for Pacific, including team-leading eight big chances created (according to Opta) and 23 successful crosses in 31 matches played.

While Verhoven was released by the club this off-season, it’s expected the former U SPORTS standout will find another CPL club for the 2021 campaign.

Former Goalkeeper of the Year nominee Connor James translated his U SPORTS career to the professional ranks seamlessly, swapping the Green and Gold of the University of Alberta for Eddies’ blue in 2019.

He finished third among CPL goalkeepers in the 2019 Volkswagen Premier Performer standings with a score of 75.22 – likely due to his staggering 12 “sweeper keepings” on the season (a league-best).

An undersized goalkeeper, James made the best of a difficult situation at the Island Games backstopping a shaky defence by rushing out to attackers and closing down angles well. The Edmonton native completed more passes per 90 minutes (20.55) than any other goalkeeper, too, showing calmness on the ball.

Oh, and if you haven’t already, check out his kick save on Cavalry FC’s Marcus Haber, which was nominated for Allstate Save of the Season at the CPL Fan Awards.

The Manchester United and Preston North End-trained winger was tricky and ever-prodding at opposing defences, making more key passes (1.74) and line-breaking passes (12.11) per 90 minutes than any other CPL forward in 2020, according to SportLogiq.

The 23-year-old former Cape Breton Caper scored his first pro goal for the Wanderers against Valour FC in round one after an admirable solo effort, stripping the ball off a defender and finding the net against the run of play.

A former standout with the Saint Mary’s University Huskies, the 24-year-old Oxner – who just signed a two-year deal with his hometown Wanderers – edges out James after an exceptional Island Games performance, leading to an appearance in Final 2020 and a Goalkeeper of the Year nomination.

Oxner finished The Island Games with the most saves (22) and best save percentage (78 per cent) in seven appearances and placed in the top 90 per cent of CPL ‘keepers in claims (1.38) and saves (3.22) per 90 minutes, according to SportLogiq, who also highlighted his defensive action total as the most of any CPL goalkeeper.

His time on PEI followed up on a breakout rookie 2019 campaign where Oxner took the starting job from Trinidad and Tobago international Jan-Michael Williams to become a fan favourite in his hometown.

HFX Wanderers FC first official player, drafted in the first round of the 2018 edition, was a revelation out of Cape Breton University.

The German centre-back made his debut in the Wanderers’ inaugural match in April and went on to make 21 appearances during the season, including a number of games where he wore the captain’s armband. Schaale returned to school that August, and later led the Capers to a U SPORTS National Championship, but was always destined to return to Halifax.

The 24-year-old was a crucial part of the Wanderers backline that steered the side to a CPL Final at the Island Games. Schaale played every minute alongside Haitian national team defender Jems Geffrard and led the league in both clearances (56) and headed clearances (31)

Beaston Ongaro, as he’s affectionately known, has been one of the CPL’s most consistent strikers over two seasons – and one of the best U SPORTS products in recent Canadian history.

Picked by Cavalry in the 2018 draft, the 6-foot-6 centre-forward went through training camp but was ultimately snubbed, and he landed in Edmonton with FCE coach Jeff Paulus. A staggering 10 goals and a couple of assists in 2019 put the University of Alberta grad on the Canadian soccer scene. An appropriate follow-up came at the Island Games when the striker potted three goals on a last-place team.

Reigning U SPORTS Athlete of the Year, Abou Sissoko came and completely bossed CanPL in his first professional season.

A dominating midfielder with quick pressing and an unbelievable amount of stamina, the University of Montreal Carabins legend used his physical prowess to elevate his excellent passing game, moving the ball quicker than most CPL defences can handle. Pair that with a league-best 91 per cent dribbling success rate and you have one of the CPL’s best midfielders, even if he’s only played 10 matches.

Sissoko’s inclusion deserves a caveat: He was picked by Forge FC in the third round of 2018’s CPL-U SPORTS Draft. He never signed for Forge and, after one year, was eligible to join the Wanderers.

Waterman was drafted by Cavalry in the second round of the 2018 CPL–U SPORTS Draft out of Trinity Western, the same small university Jake Ruby emerged from. The Langley, B.C. native worked with Cavs coach Tommy Wheeldon Jr. in the summers, including with the PDL-winning Calgary Foothills in 2018.

The now-24-year-old was just another name on the CPL roster list before his rookie season – and one of many unknowns. But, it was clear the centre-back-turned-midfielder was something special across his 22 appearances for Cavalry.

Waterman ended the 2019 season with a 75 per cent passing percentage in the opposition’s third, only missing one pass – which was a heavily contested corner when Cavalry were down to nine men against York9 in September – from 11 attempts in the Fall season. That’s an extraordinary feat considering the quality of passes attempted. He also led CPL defenders with successful passes per 90 minutes with 48.36 – that’s 13 more than the league average.

A technically-gifted defender now under the tutelage of Thierry Henry. Not a bad outcome for a Canadian plying his trade in U SPORTS just over a year prior.