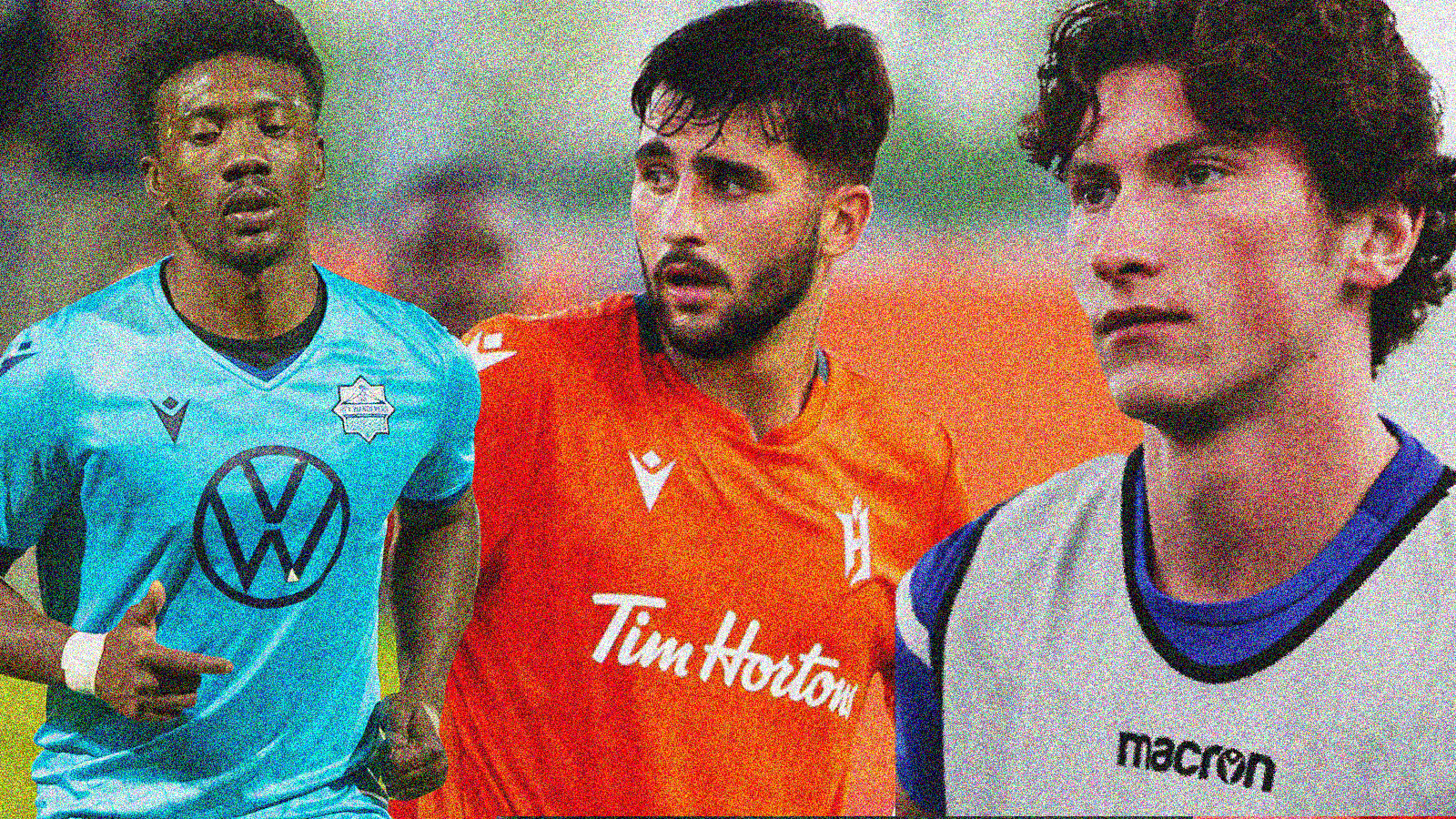 While it may be too early in the CPL’s history to rely on the record books, they are certainly worth a peek.

For example, there is a three-way tie atop the league’s all-time goalscoring chart: Forge FC’s Tristan Borges, FC Edmonton’s Easton Ongaro, and HFX Wanderers FC’s Akeem Garcia all have 13 goals.

With Borges – who scored all 13 markers in a golden boot-winning 2019 season before moving to OH Leuven in Belgium – returning on loan for 2021, this begs the question: Which of these three will be at the top by season’s end?

CanPL.ca’s Marty Thompson, Charlie O’Connor Clarke are joined by contributor Benedict Rhodes (his first debate!) to pick a side.

The reigning Golden Boot winner saw his stock rise in 2020 far more than either of the other two on in this group. He was an effective attacker for Halifax in 2019, but it was at the Island Games where he truly broke out, with five goals and two assists in 10 games en route to a CPL Final appearance.

It wasn’t necessarily just that Garcia found a purple patch of form in PEI – although he certainly did. In 2020, HFX Wanderers were structured in a way that manufactured more opportunities for Garcia to look for the net.

“With the players we got this year I knew that I would be given a lot of service, it’s just up to me to put it in the back of the net, which I successfully did this year,” Garcia explained after winning the 2020 Golden Boot. “This year coach allowed me to focus on one position; he only played me forward this year and not on the wings.”

The 2020 Wanderers had a strong new cast of attackers, with the likes of Alex Marshall, Joao Morelli, Alessandro Riggi, and Cory Bent all taking the creative burden off Garcia and allowing him to focus on putting the ball past the keeper. All four of those have re-signed with the club for 2021, so don’t expect a major tactical shift; Garcia will continue to be the final man in the Halifax attack.

The Trinidadian forward has spread his scoring out over two seasons more than either of the other two (although that may not be fair to Borges, who missed out on the Island Games). He’s a talented technical player with excellent awareness, having nailed down how best to time his runs on the counter-attack and punish CPL opposition.

If the Wanderers’ stock continues to rise in 2021, expect Garcia to be right at the front of it all, making a push to defend his title.

“Mr. Always at the Right Place at the Right Time” is back for a third season with FC Edmonton following a three-goal performance at the Island Games – an unimpressive output before you consider it came on the CPL’s worst team… and only in seven games. Ongaro, 22, was up to his old tricks again – tapping or nodding home winners or crucial equalizers from close range, proving again to be an impossible-to-handle striker with the ball at the byline or coming through the air from almost any angle.

This is, ultimately, what separates Ongaro from Borges and Garcia – he can score regardless of circumstance or quality of teammates. That makes him the safest bet to emerge as the CPL’s all-time top goalscorer come season’s end.

It doesn’t hurt to look at how this Eddies team is set up which is, objectively, the first squad to be built around Ongaro. New coach Alan Koch has brought in a new batch of playmakers and wide options set to thrive with a six-foot-six center-forward like Ongaro leading the line; Fraser Aird is an excellent one-two partner on the wing while Shamit Shome’s high-caliber vision and playmaking ability will do wonders.

Ongaro himself offers attacking versatility while, at the same time, demanding attention as Edmonton’s star striker. That can go a long way for Koch, who may consider playing him as a traditional target man, false nine (with wingers or midfielders like Antony Caceres or Thomas Gardner charging past), or as an on-the-shoulder attacker – whichever gets the most out of your main man.

You could argue both Borges and Garcia won’t receive that kind of emphasis in Hamilton and Halifax and, after golden boot-winning seasons, they may end up the focus of extra pressing from the opposition. Ongaro, as you could imagine reading this, is very difficult to mark out of games due to his obvious physical acumen and intelligent movement.

Forge FC’s Tristan Borges has done it before. Still tied atop the scoring record list despite not taking part in the 2020 season (Garcia and Ongaro scored six and three goals at the Island Games, respectively), Borges led the league in scoring in 2019 with 13 goals, two more than former Cavalry striker Dominique Malonga, on his way to picking up a trio of accolades – the Golden Boot, Player of the Year, and Best U21 Canadian Player of the Year.

Back in Hamilton on loan from Belgian club OH Leuven, he should be a focal point again in a competitive Forge team that will be going for a third consecutive North Star Shield. He also had great chemistry with perennial Player of the Year candidate (and 2020 winner) Kyle Bekker in the inaugural season, so reuniting that partnership, and adding difference-makers around him like Paolo Sabak and Mo Babouli, could be very successful for Head Coach Bobby Smyrniotis.

With the Canadian men’s national team set to play both World Cup Qualifiers and the Gold Cup over the coming months as well, Borges will also have the extra motivation to perform and try to earn himself a spot in the national team again. He is arguably the best player in league history, so people need to prove they can beat him, rather than the other way around.

The only thing that works against Borges is that he’s also expected to be a provider. His five assists leave him one back of the record six (shared by Bekker and Marco Bustos), while Ongaro has two, and Garcia has zero. Their main job is to score goals, while Borges will be asked to both.