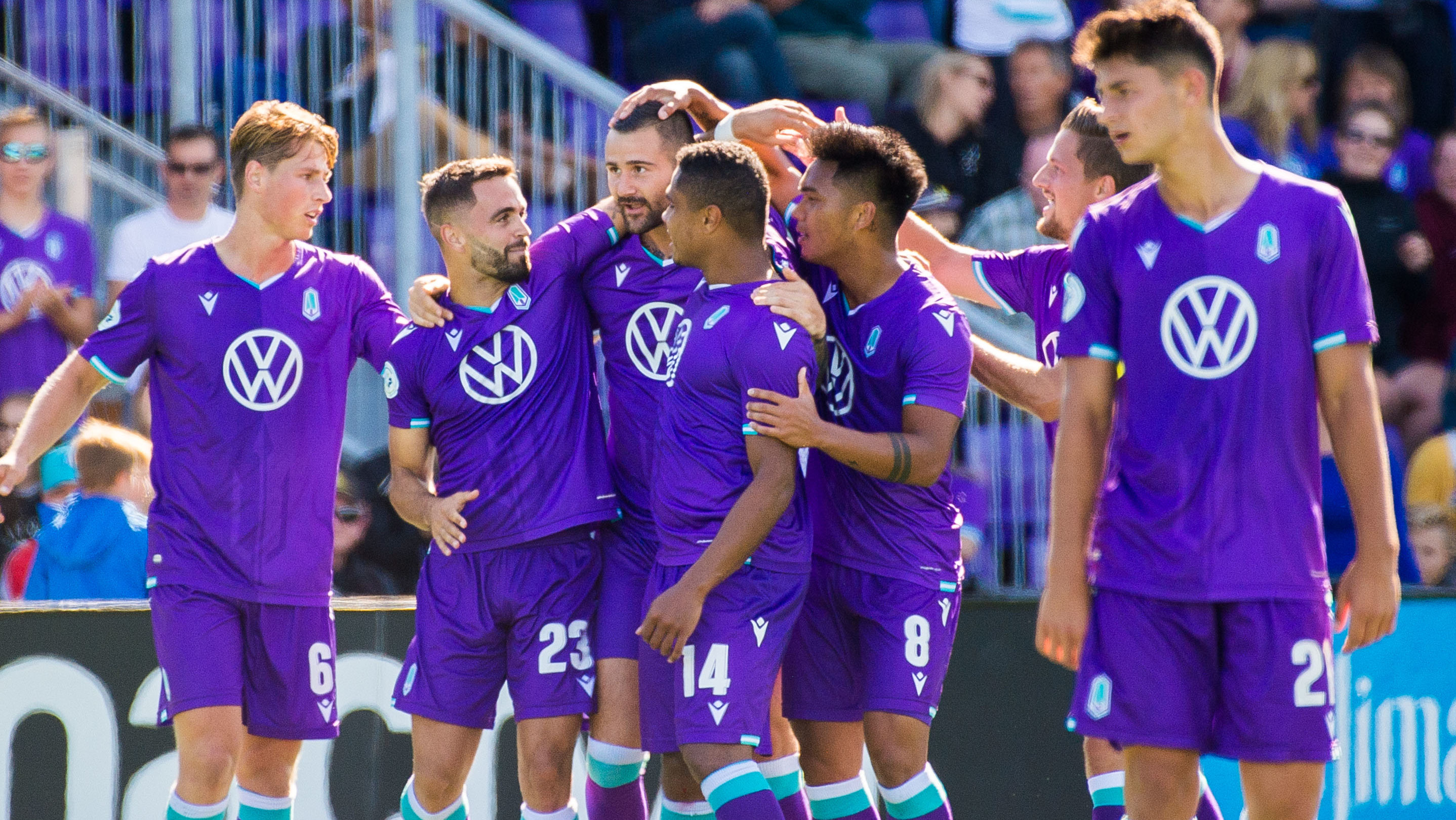 Ever since news broke, CanPL circles have been buzzing, especially out west; some have even anointed Pacific among the favourites to contend for next season’s North Star Shield.

With Bustos joining a squad that features key returning players ,as well as newcomers Jamar Dixon and Thomas Meilleur-Giguère, the Tridents seem slated to improve on their middle-of-the-pack finish from 2019.

RELATED READING: ‘We put everything on the table’: Bustos chooses Pacific after agonizing free agency decision || Marco Bustos switches to Pacific FC for the 2020 season

Is the celebration on the Island a little premature, though? Have Pacific done enough to take down the likes of Forge and Cavalry? Also, how will Bustos’ departure affect his hometown club Valour FC (or even the other clubs that missed out on his signature) — that is, can they find a suitable replacement and work their way up the table?

CanPL.ca’s Charlie O’Connor-Clarke and Marty Thompson butted heads to debate where the league stands in the aftermath of the Bustos sweepstakes.

Is Pacific now a title contender with Bustos?

Pacific absolutely has enough to challenge in 2020. Bustos adds a missing piece forPa-Modou Kah’s side in the form of an advanced, possession-first, wide playmaker who can score when given the odd opportunity. That was all they needed.

Think about it. A young core of defenders, add a healthy Marcel De Jong and Thomas Meilleur-Giguère, with Matthew Baldisimo, Noah Verhoeven, and Jamar Dixon in the midfield, plus a double-digit goalscorer in Terran Campbell. Bustos is a prime number 10, taking playmaking duties away from Verhoeven, and allowing this growing group of midfielders to focus on positional solidity – something they showed rather than pushing forward.

Bustos changes the dynamics of Pacific FC for the better.

Contender is a strong word, and it’s one thrown around perhaps too easily for my liking. As was the case before last season, making serious bets for the upcoming CanPL season is, in many ways, a fool’s errand; even though we’ve seen all these teams play now, most of them will look extremely different in 2020.

Pacific is definitely much-improved with Bustos, plus they have their other additions and a healthy Marcel de Jong. Still, I’d question their depth at centre back, and their attack may need some help centrally if Bustos is to play out wide. And, can Terran Campbell keep up his form from last year? I’m not totally sure.

Clubs adjusting to a new coach often struggle out of the gate; last year, those who didn’t have an established setup beforehand had trouble picking up steam in the early going. Plus, Pacific will have to outpace some tough teams: Forge will still be a force, even without Tristan Borges; Cavalry has much of their squad returning; York9’s off-season has definitely made them a threat, too.

Pump the brakes a little, maybe. Pacific should be an excellent team, but they’re a young one. Labelling them “contenders” this early could be a little too much pressure.

Can Valour recover from the loss? How do they address it?

Whether coach Rob Gale knew Bustos was leaving is unknown. He did, however, plan accordingly. Fraser Aird and Brett Levis are two solid replacements with similar pedigrees and backgrounds (Whitecaps, Canada’s national team, etc.) but offer just a bit more. Levis and Aird combined for over 40 appearances for the ‘Caps, and Aird has loads more experience than Bustos. They play differently, sure – but they fit how Valour found the most success in 2019: defensive and direct, using wide spaces to get balls into the box.

Besides, Valour has lots of time still to assemble a squad. Michael Petrasso was a big loss, sure, but Gale is still attracting some big-name free agents, including Haitian centre back Andrew Jean-Baptiste and forward Daryl Fordyce. Why wouldn’t a player of Bustos’ quality join?

O’Connor-Clarke: Of all the players Valour could have lost this off-season, Bustos was probably the toughest to replace. A playmaker with league-elite creativity and vision, he’d walk into the starting lineup of any CanPL club.

Really, there’s no like-for-like replacement anywhere in the CPL, and scouting abroad is never a sure bet. Valour already had other holes in the lineup to address — in the backline and midfield, certainly — and this adds yet another issue to Gale’s plate ahead of 2020.

Valour’s attack won’t be as exciting as it was with Bustos and Petrasso unless they can add another top-quality player. There’s plenty of time for that, of course; Bustos himself wasn’t signed until May last year. They’ll recover from the loss, sure, but perhaps not immediately. There’s work to do in Winnipeg.

With Bustos off the board, does that influence the off-season plans of any other teams?

When one door closes, another could open for Pacific’s leader in assists. While the 26-year-old’s future with the Tridents has yet to be decided, Bustos’ addition on presumably a big salary puts Fisk’s future at risk.

The positives? Well, Fisk scored six goals and provided five assists for one of the best all-around offensive outputs in the CanPL. He’s well-connected, too, having played for FC Edmonton and every major tier of Canada’s national team. As Charlie will mention, Forge is still looking to replace Tristan Borges. Valour has the salary room for a big name. Could the Wanderers be inquiring?

O’Connor-Clarke: Some speculated that Bustos was on Forge’s radar recently, especially with Tristan Borges moving to Belgium. They could certainly use a winger, and the two diminutive players have similar skillsets. So, this might mean David Choinière becomes a more important piece of the puzzle in Hamilton, as a talented young wide player.

Cavalry, too, might’ve been in the market for a skilled attacker, with Jose Escalante’s future still undecided. Again, they’ll need to look elsewhere (plus, they don’t really have a true successor we could point to).

A few free agents remain on the board, with other players’ stock climbing now that Bustos is accounted for. Mauro Eustaquio and Ali Musse remain unsigned, for example, and both could possibly help out another team. Or maybe someone could convince Rodrigo Gattas to stay in Canada?

The CPL seems to be an arms race right now, with almost every team bolstering their attack in the past few months — from Hanson Boakai to Michael Petrasso to Alessandro Riggi. Pacific has kept the pace here, and it looks like the league’s offensive quality is certain only to improve in 2020.