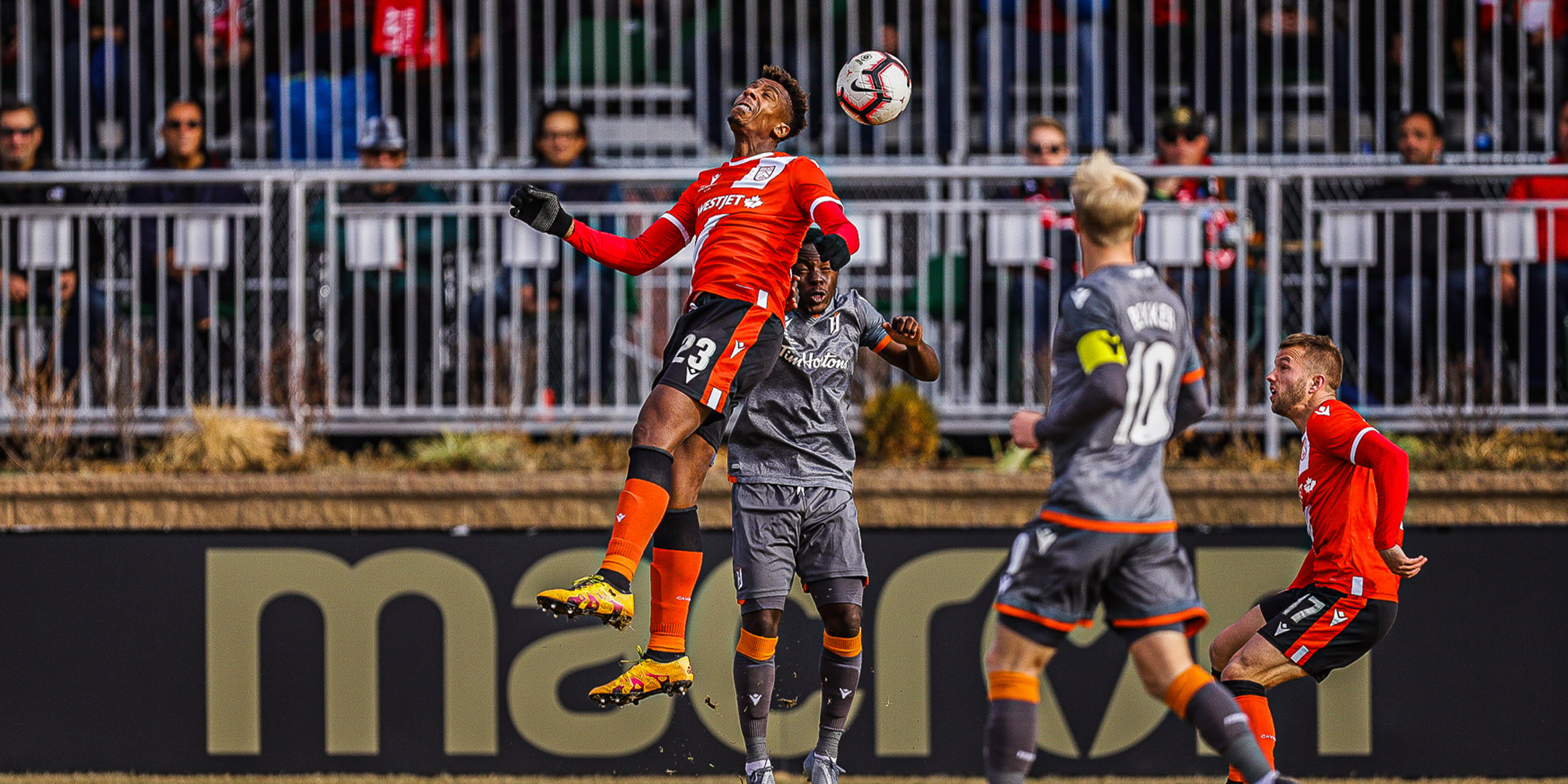 It’s hard to believe, but the first Canadian Premier League Finals are now well and truly wrapped up.

Forge FC have been champions for a few days now, giving us all some time to properly digest what went down in Hamilton and Calgary over the last two weeks.

As the dust settles, let’s take a moment to process what happened — why couldn’t Cavalry score? Which players made the difference?

The CPL Editorial team has, therefore, converged to do just that.

All four of John Molinaro, Armen Bedakian, Marty Thompson, and Charlie O’Connor-Clarke have sifted through it all and chosen something memorable that stood out from Finals 2019.

Who saw this coming?

With 51 goals over 28 matches, a few more goals in Finals 2019 from Cavalry FC’s bombarding forward line was at the top of my list of things to expect. They’d even had a good run against Forge in the last few meetings during the regular season.

But, somehow, they went go scoreless when it mattered the most.

All credit goes to Forge’s backline, of course. They had  an unbelievable day – centre backs deep, clearing balls constantly and holding a steady block. Cavalry was healthy, and played the second leg at home, so there wasn’t much in the way of excuses.

Cavalry went wide and it nearly worked, with several crosses and ensuing open headers from Dom Malonga sailing over the bar. Set pieces didn’t work necessarily well either – save for a Jose Escalante off-the-bench free-kick just missing the mark.

In that moment, I realized Cavalry wasn’t going to score. Over 180 minutes of football, the CPL’s greatest attacking force would be nullified.

Don’t get me wrong, physical games between Cavalry and Forge are absolutely no surprise after the encounters they’ve had in the past. These ones, though, seemed to have more bite than anyone could’ve expected.

Thirty-one fouls in Leg 1, and 40 in Leg 2. The latter figure, especially, is pretty extraordinary. Ten players saw a yellow card in Finals 2019, and both Nik Ledgerwood and Jay Wheeldon saw two. Dribbling the ball in midfield was certainly not for the faint of heart, as anyone who did seemed sure to be chopped down at some point.

One might’ve thought that, in two matches on perhaps the hardest surfaces in the league (especially at ATCO Field), players might’ve been a little more reluctant to hit the ground. That was absolutely not the case, though; if anything, the bumpy ground in Calgary forced players into a more grinding, intense style of defending.

All in all, it made for one heck of an exciting rivalry battle. Nico Pasquotti and Kwame Awuah seemed at each other’s throats the whole tie, and the centre of the pitch was an absolute battlefield between the likes of Ledgerwood and Alexander Achinioti-Jonsson.

Both sides approached Finals 2019 with a bit of a chip on their shoulder, and their desire to take the championship showed.

Foregoing the press room in favour of more packed confines, this reporter was seated in the stands for Finals 2019, and the experience was quite something. Having covered MLS Cups in the past, the air typically feels bursting with electricity on big games like this, and Spruce Meadows was no exception as the spark of battle permeated throughout the pre-, in-, and post-game festivities.

The roof keeps the noise in, which is already a massive help to building a deafening roar, and, coupled with well-timed chants, songs, and flares from Calgary’s impeccable Foot Soldiers Supporters’ Group, ATCO Field was as loud as any soccer match I’ve ever been to before, whether in Canada or the United States. But, it was the metal trimming along the stands – purely decorative, with no bearing on structural integrity (we hope…) that brought the magic to Cavalry’s atmosphere. That relentless rattling of thousands of boots smacking against sheet metal provided the loudest, clearest punch, compounded, of course, by the endless drone of vuvuzelas and air horns from the stands.

It was equal parts electric and intimidating, but one hundred percent authentic, and, truly, the relief Forge must have felt when they scored their 95th minute goal to seal Finals 2019 glory was probably doubled by the simple fact that their strike also silenced a crowd that had been unreal for the entire match. I’ll never forget Tristan Borges’ war cry after the match, as the relieved star man finally got the crowd off his back with a gold medal around his neck. Well done, Calgary.

I’d never been to Alberta prior to last week. Before I travelled to Calgary for Leg 2 of Finals 2019, I consulted with CanPL.ca contributor Steve Sandor, who has called Edmonton home for the last several years. “Do I need to bring a weather jacket?” I asked.

“It’s Calgary — it could be 10 C and sunny in first half, and be in a blizzard 15 minutes in,” Sandor replied. Noting his advice that the weather can turn on a dime in Calgary, I took my winter coat out of storage and prepared myself for the cold conditions.

Turns out, I didn’t need the jacket. While there was a bit of snow on the ground, temperatures rarely dipped below O C. Cold winds? There were hardly any.

Watching the game from the south grandstand, Sandor and I witnessed the play unfold below us on the pitch, while the bright sun glared in our faces. At one point, I took off my jacket – that’s how warm it was on Saturday afternoon.

Ultimately, fears that the game would be snowed-in proved unfounded. If you suspended your belief, you could have mistaken last Saturday in Calgary for a perfect autumn day. It was remarkably warm for November afternoon in Alberta – perfect soccer weather.