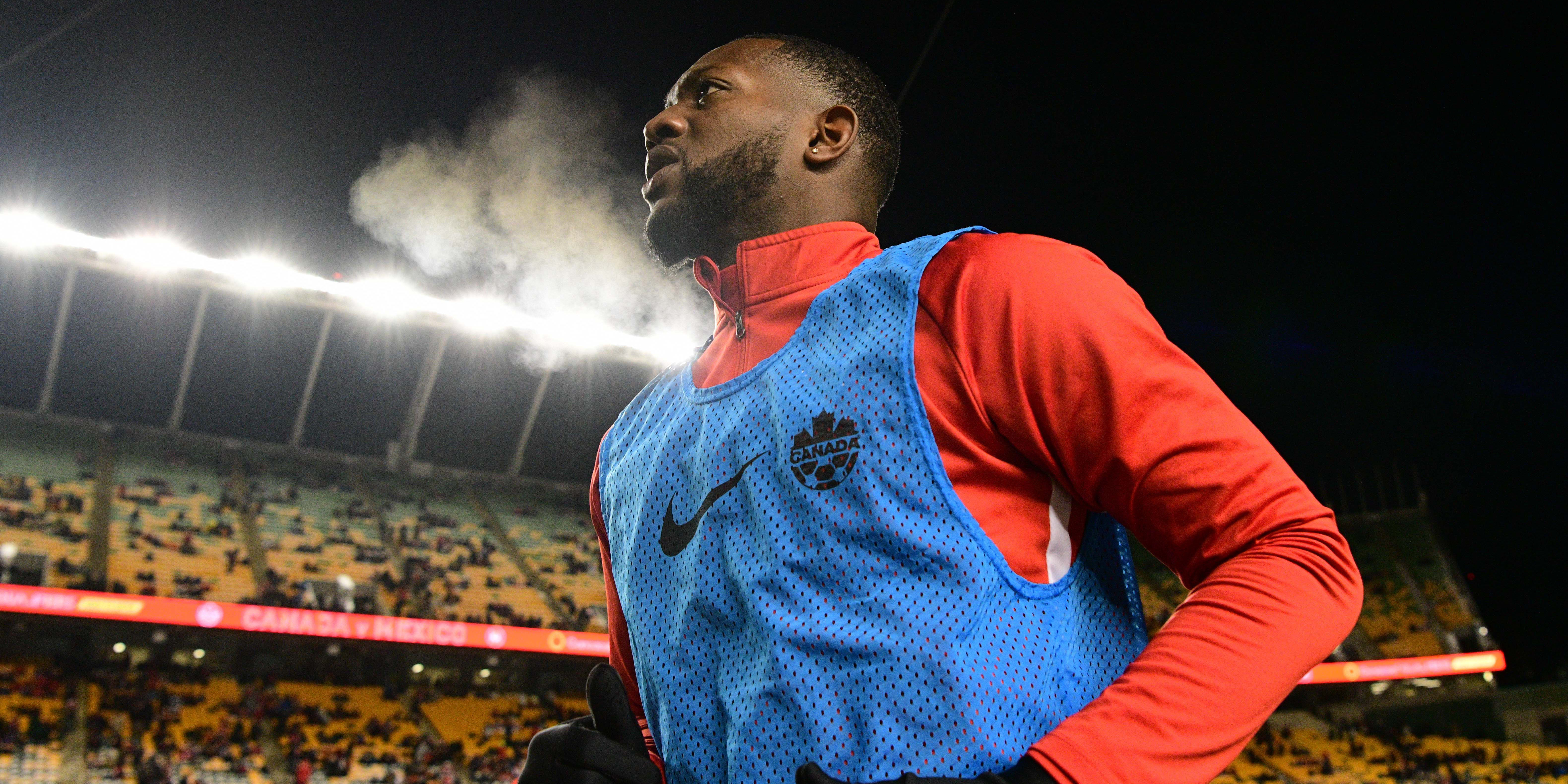 As the Canadian men’s national team gets set to return to World Cup Qualifying action this week, veteran defender Doneil Henry sat down with CanPL.ca’s Kristian Jack on Beyond the Pitch to reflect on the squad’s journey in 2021 and his own personal development as a longtime part of Canada’s defensive unit.

Henry, who spent the past two years in South Korea with Suwon Samsung Bluewings but is now departing the club, has 41 Canada caps to his name at the age of 28, including 10 in 2021. He’s seen a lot in his time with the national team, but he’s adamant that this latest generation and the current World Cup qualification cycle is different from those past.

Now, Henry looks forward to his trips to national team camp more than anything — even while playing club football in Korea, which meant he had to undergo a lengthy quarantine period every time he returned from Canada the past year.

“Especially for me being so far away, and my travel when I was in Korea, the national team honestly gave me a sense of urgency and motivation to continue to go,” Henry said. “Sometimes it was very difficult for me in Korea to enjoy my football, but what kept me going was knowing I was with a bunch of guys who really believed in something, who fought for each other, and we won games; it’s something that we’ve really built over the years, this team camaraderie.

“We’ve got the most fearless youngsters in the Canadian national team. That brings joy to me, knowing that I’m around that kind of crop of players that are not scared to show what they have and what they can bring. They know that when they go on the pitch, they can do what they want, because those guys are not gonna take s— from nobody.”

Henry himself has been a big part of changing the narrative and culture around the men’s national team, as an experienced leader among the group. He admits it can be tough not to play in every game — coach John Herdman has often chose to rotate his centre-backs between games — but the mindset of the group has made it much easier to accept specific roles and tasks.

Looking back at the first eight games of the Concacaf Octagonal stage, Henry feels it’s becoming clear that this Canada side is a much tougher prospect for opposing teams than any previous. To illustrate the point, he recalled a moment at BMO Field in Canada’s 4-1 win over Panama.

With the score level just before halftime, Henry — named as a substitute for that game and warming up at the end of the pitch — knelt near the corner flag in the way of a Panamanian player preparing to take a set-piece. Henry’s refusal to move sparked a heated altercation between the sides, clearing both benches.

It’s all going off 🥊 pic.twitter.com/UjGSq5m7MK

“I already know when we won that game,” Henry said. “To be fair, Panama started that game really strongly. They moved the ball really well, they trapped us and we looked kind of flat. Yes, I know I was a s— disturber, but there was a key moment in that whole disruption that happened around me not moving; if you remember the first two people to confront (the Panama player) — me, not even playing — was Alphonso (Davies) and Tajon (Buchanan). Why the hell is Alphonso and Tajon gonna be the first? When you see that, the calibre of player that they are, it tells you they really care, they really want this.”

Henry concedes that, in previous years, a trip to Canada wasn’t always a daunting prospect for visiting nations in World Cup Qualifying. Now, though, that’s changing dramatically. He and his teammates are making Canadian stadiums difficult to play in, and they’ve developed a knack for getting under the visitors’ skin.

“I’ve been a part of a generation where (visiting teams) come to Canada, you enjoy a night out in Toronto, you take your three points and you go home,” he said. “We’re making this place a dreadful place to play; you come to Canada, you have to know that. Taking these three points, you can’t even think about anything other than the game, because first of all we want to beat you mentally, psychologically, physically; we want to win in all aspects, we want to make sure that if you come here, you remember… You’re not gonna come here and enjoy your time, you’re not gonna get anything easy.

“Even if it’s a three second dispute or whatever, if I see that it affects you, I’m gonna keep doing it.”

Similarly, in Canada’s game against Mexico in frosty Edmonton last November, Henry was content to put the team before himself, delivering a bone-crunching 38 minutes to disquiet the visiting Mexicans in the first half — including one particularly hard challenge on Napoli star Chucky Lozano. Each member of this Canadian squad has bought into Herdman’s big picture, happy to take on individual missions to get the job done.

So strong is the newly-established culture and chemistry in Herdman’s squad that they’re hesitant to tamper with what’s working. Even bringing in new players — who ostensibly could make the team better on paper — is done with great care, according to Henry.

After that win over Panama, Henry got a message from one longtime friend and fellow professional player asking about playing for Les Rouges, and Henry himself made sure to determine whether the player’s intentions were in the right place.

“People want to play for us,” he said. “I’ll never forget, after the Panama game, I get a DM from someone that I know really well, and he’s like, ‘Hey, how do I get involved? I want to play for Canada.’ This is a guy I grew up with, Iké Ugbo, and this is Iké saying he wants to be a part of Canada. This is no longer, we have to chase and beg people to play for us, because that’s not what we’re into at the moment, we’ve changed the culture.”

It seems Ugbo passed the test, because the Genk striker has now been called up to the last two WCQ camps and looks set to play a role in this coming window.

As for Henry himself, he finds that he’s grown as a player just like the national team program has grown around him. Earlier in his career — in his time with Toronto FC, for instance, or in England — he relied a lot on his athleticism to defend. In recent years, though, especially thanks to the mentorship of some Canada Soccer coaches with experience in his position, he feels he’s become a more intelligent player.

“Younger Doneil relied on raw, brute strength and using my speed and my power to get back and make these wild challenges that sometimes looked amazing, but sometimes looked like, what the hell are you doing?” Henry recalled. “I found my maturity or my balance in how to be my best self. I think my soccer IQ and intelligence, just because of how many repetitions of defending and situations I’ve been in, I know how to pick the best situation. Getting older is just getting stronger and making sure I’m working on my body; I think I know my body really well now and how I need to be, how I need to behave, how I need to act.”

A defensively intelligent, responsible Henry is exactly what Canada has needed in the games he’s played for the team recently. As they continue on this World Cup Qualifying journey, he’s happy to play his role — and, hopefully, earn himself a seat on a flight to Qatar.

To watch the full interview with Doneil Henry on Beyond the Pitch, click here.