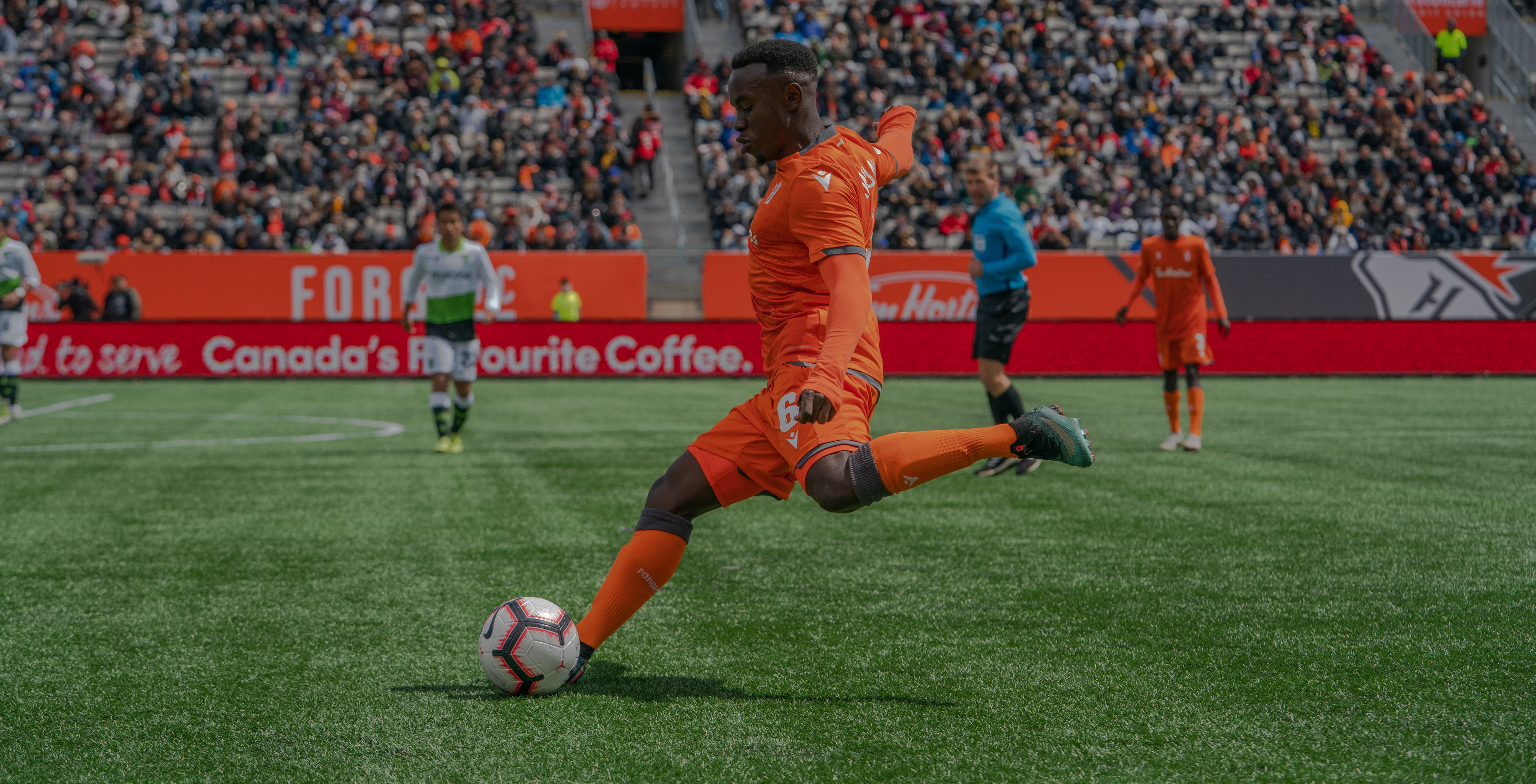 Watch eCPL HOME TO PLAY WEEK 2 from eCPL on www.twitch.tv

The Canadian Premier League’s online community came together on Friday night for Week 2 of the eCPL Home To Play competition.

All eight clubs, each represented by both a real-life footballer and a competitive gamer, took their talents to the virtual pitch for an EA Sports FIFA 20 knockout tournament.

Forge FC, represented by CPLer Kwame Awuah and FIFA pro GoalMachine, came out on top in the end; they’ll now join Week 1 champions Atlético Ottawa, as well as the Week 3 winners and a wild card team, in the eCPL Home To Play championship on April 24.

The night began with an “international friendly,” as Pacific FC representative Skills_Shack took on MegaBit98, who plays for Bundesliga side Werder Bremen. Skills_Shack, playing as the Canadian national team, kicked off proceedings with a 2-0 win over MegaBit’s Bremen.

Here’s how things unfolded from there.

The Swede in Edmonton took Leg 1 for the Eddies after a cagey game from both players. Zetterberg, playing as Portugal, was the only one to find the net, capitalizing on a scrappy chance with Cristiano Ronaldo in the 88th minute. Cavalry’s Niko Giantsopoulos, playing as Brazil, took a hit to his pride with the loss:

This tie was settled pretty quickly, as SibWolf came out hard and fast with a trio of goals in the first 26 minutes of the match. He continued to pour on the goals, refusing to let up en route to a 7-0 thrashing to see out the Al Classico matchup in favour of FC Edmonton.

This match wasn’t streamed, so the score from this rematch of Week 1’s final is known only to the players. However, it seems Hamilton and Agitpower got the best of their opposite numbers once again, to propel Ottawa into the semifinals once more.

This goal-filled 905 Derby was perhaps the most entertaining fixture of the eCPL competition to date. Ferrari and Awuah, both playing as France, were dynamic with their attackers, Awuah making it a little more competitive after Ferrari scored a pair with Kylian Mbappé before the 10-minute mark.

York9 sealed the Leg 1 victory in the 77th minute with a Paul Pogba goal, Awuah adding a second late to give his partner GoalMachine a fighting chance.

Despite a valiant effort to park the bus and hold onto Ferrari’s two-goal lead, Feroze Ali wasn’t able to fend off the talented GoalMachine. The Forge representative took over with a Lionel Messi hat trick within the first 30 in-game minutes, and he continued to pile on goals as he lifted the city of Hamilton into their first eCPL semifinal appearance.

This tie didn’t play out on the eCPL stream, but Marco Bustos prevailed in his return to play against former Valour teammate Dylan Carreiro. He and Skills_Shack, who was fresh off his international friendly victory at the beginning of the tournament, moved into the second round for the first time.

This closely-fought tie saw the Week 1 champion edge Erik Zetterberg. Hamilton, playing once again as France, took an early lead with a well-worked Paul Pogba goal. Zetterberg equalized shortly after with Cristiano Ronaldo, but Hamilton (with some help from Blaise Matuidi) found the net once more early in the second half. The close first leg set up a heated return fixture between the FIFA pros.

The cagiest game of the tournament to date, Agitpower and SibWolf fought out a mostly toothless second leg — right up until the 90th minute, when SibWolf’s Ronaldo jumped on an errant back pass to score a dramatic tying goal at the death.

The tie headed to golden goal extra time, which saw both sides exchange chances for a while. Finally, SibWolf found Eusébio in the box, who scored with a far-post laser to knock out the reigning champions and put FC Edmonton in their first final.

This match was a heated one, with Bustos and Awuah trading barbs over the stream chat. Awuah, playing as Spain, opened things up with with a quick 10th-minute goal from Marco Asensio. Bustos responded almost immediately, though, with France’s Paul Pogba.

The PFC star took the lead for good just after halftime, with Antoine Griezmann stepping through three Spanish defenders for a cool finish and the go-ahead goal. Unable to add another at the end, Bustos gave his teammate Skills_Shack a 0ne-goal advantage heading into the second leg.

The Lionel Messi show was on full display for GoalMachine again, as he scored another first-half hat trick with the diminutive Argentine, looking lethal every time the ball came to the top of the box. Skills_Shack came close a few times, but he saw an unbelievable three open shots turned away by defenders on the goal line. With that, GoalMachine completed another impressive second-leg comeback to put Forge FC in the Week 2 final.

As always, GoalMachine got things going early, with a few nifty Cristiano Ronaldo stepovers resulting in an 18th-minute goal. He added another with Ronaldo not long after, with a screamer from the top of the box making it 2-0 before halftime. In the second half, he continued to smother SibWolf, adding a pair of Messi goals to give Kwame Awuah a very solid lead to work with for Leg 2.

GoalMachine was, by a significant margin, the most dominant of the FIFA pros in Week 2, as he brushed aside every competitor with ease. From there, it was up to Awuah to hold on and claim the crown.

Faced with a mountain to climb, Zetterberg came out swinging in Leg 2 to try and claim the title for Edmonton. He made a blistering start, scoring a trio of highlight-worthy goals (including an incredible volley with Bruno Fernandes) in the first half to bring the deficit to one.

Zetterberg’s hot first half put Awuah under a lot of pressure, causing the Forge representative to sweat a little bit. The second half, much more cautious than the first, saw Awuah playing toward the corners to try and hold onto that slim lead. His goalkeeper fended off a breakaway opportunity midway through the frame and, finally, Awuah himself scored the dagger in the 85th minute to seal the Week 2 title for Forge.

With that, Forge FC booked their spot in April 24’s championship final, alongside Atlético Ottawa. Be sure to tune in next Friday, April 17, to see which club will join them.