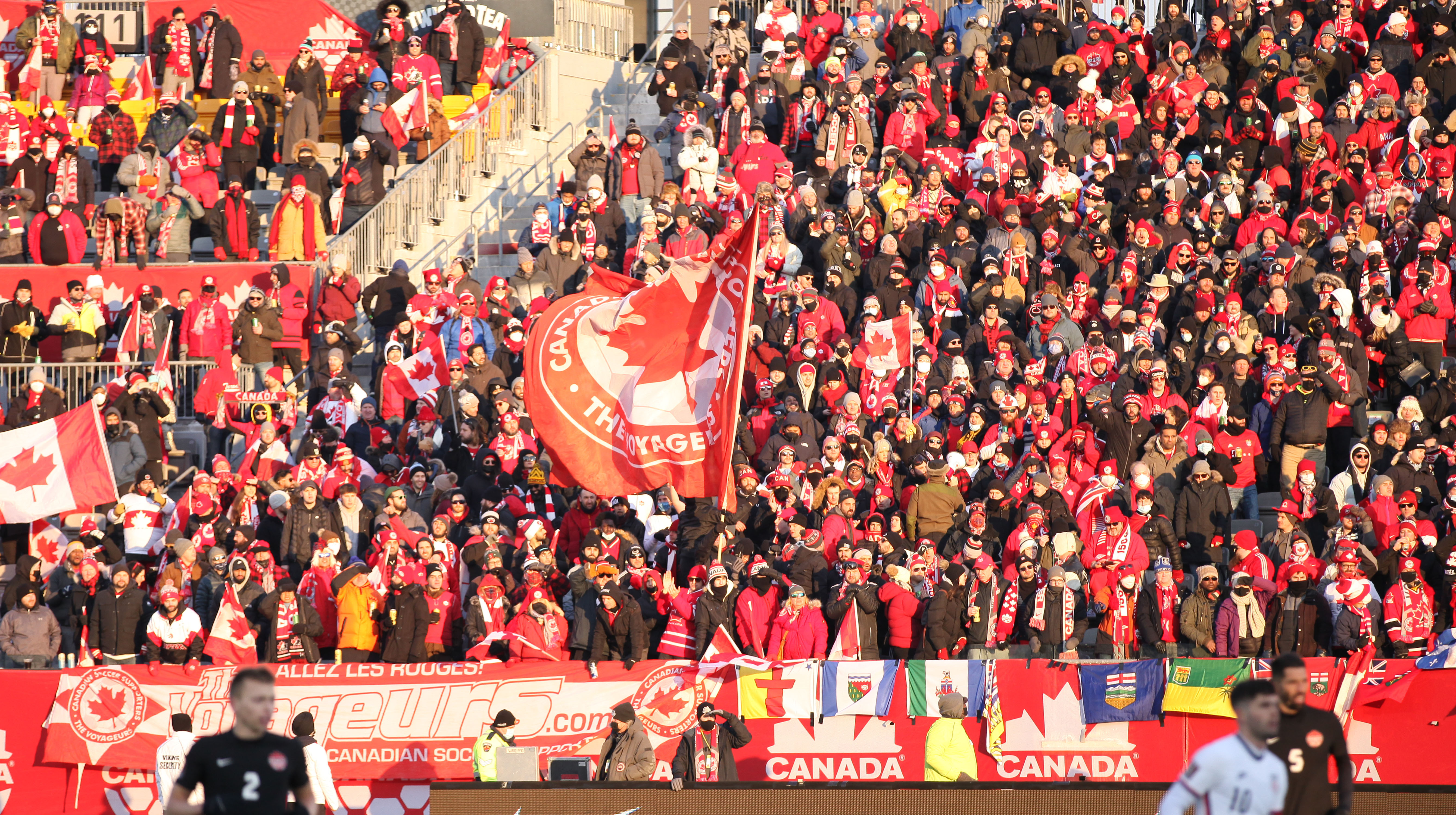 In February 2018, an Englishman in a black suit sat at a microphone in the press room of BMO Field.

John Herdman, a month into his tenure as head coach of the Canadian men’s national team, made quite the first impression as he held court with reporters. He wasn’t far removed from lifting the women’s team to two Olympic bronze medals, and as he presented his vision for the men’s side, he offered some words of inspiration to long-suffering observers of the team.

“I’ve been privileged to wear that maple leaf above my heart for six years on the women’s side,” he said. “Had some iconic moments that have stopped our country and had everyone looking at soccer. The opportunity to do that on the men’s side is the biggest motivation. There’s a belief that they can do this, that they can stop our country and take it to a place it’s not been to for over a quarter of a century.

“I think this group of men recognize, along with myself, that we’ll get one chance to pick this shirt up, put it on, become great custodians, and then put it down better than we found it.”

What better custodian has the Canadian shirt had than Herdman? Time and again under his stewardship, his prophecy has become manifest. On Sunday afternoon, as Canada toppled the United States in Hamilton, the eyes of the country were on them — indeed, the eyes of the world — and not for the first time in the last few months, either.

Herdman professed all those years ago that the thing getting his team out of bed in the morning was the opportunity to go to a World Cup. Far before anyone else, he was adamant that this team could — and must — qualify for Qatar 2022, to earn a spot in the big dance before they get one for free in 2026. Bullish as that seemed in 2018, today it’s reality.

Back then, the Canadian men’s national team was at a crossroads. Yes, it had incoming talent — Alphonso Davies made his debut just a few months before — but the previous WCQ cycle had been the latest drops in a sea of disappointment. When Herdman took over, they were 95th in the FIFA World Rankings — eleventh in Concacaf, behind even the likes of Curaçao, Haiti, and Trinidad and Tobago — and they hadn’t even been in the final round of World Cup Qualifying since 1997. Four years later, they’re third in the region, pushing into the 30s worldwide (dare they imagine themselves in Pot 3 for the World Cup draw?).

When he took the reins, Herdman spoke in broad terms about a vision for the men’s team. He acknowledged that the program had a reputation for falling short in the difficult moments, and for pointing fingers at times of failure. He prioritized mental strength and modern high-performance techniques, enlisting no end of experts and professionals to help establish a new culture in his dressing room. He challenged the players to relish those difficult moments, instead of shy away from them.

That’s how, no matter where they go, this team seems to have the psychological advantage. They can walk into the Colosseum of the Azteca, and emerge with a point. They can exorcise their demons in Central America. And they’re immovable on home soil.

Not so long ago, international breaks were a chance for Canadian players to visit home and unwind in relative anonymity, for the most part. Not so anymore. Such is the level of engagement and commitment under Herdman that, now, a genuinely world class player who isn’t even in camp is overwhelmed by his excitement for this team.

Alphonso Davies’ passion reflects that of his country, at last. To a man, the Canadian players and staff were awed by the reception their bus received at Tim Hortons Field, which Herdman himself likened to Liverpool arriving at a Champions League match.

“It’s everything we’ve dreamed of,” he said postmatch, grinning in disbelief. “I’m a hardcore Newcastle fan, I’m just a football fan at heart; I used to turn up to St. James’ Park and I used to love that walk-in, that was the favourite part of the game.

It must be said that the bulk of that welcome party, and the backbone of the support this team has enjoyed throughout this Qualifying run, is down to the much-tested passion of the Voyageurs, who have been behind this team for every high and low — each hopeful win that was followed by crushing defeat, and all the years of heartbreak. Still, there’s no denying the support for this team has exploded into the mainstream the past few months, from Davies’ goal against Panama, to the drama of the Iceteca, to now.

I got a dream in my heart, I wanna go to Qatar! 🇨🇦❤🇶🇦 @thevoyageurs @CanadaSoccerEN pic.twitter.com/MqtmGaRvGO

That Canada at last seems to be coming of age as a football country is due in no small part to Herdman himself. Of course, the great triumphs of the past — qualifying Mexico ’86, or winning the 2000 Gold Cup — will forever be entrenched in the program’s lore, but this is different.

Milan Borjan, whose goalkeeping heroics kept his side afloat against the U.S. (and Honduras earlier in the week), was asked on Sunday — as a veteran of the national team, having outlasted six head coaches — what has changed to prompt such a dramatic lift in fortunes.

Canada has always been a football country — a brief walk around Toronto during any international tournament makes that perfectly clear — but, at last, that passion has turned inward. Herdman has said repeatedly that he wants Canadians to find the same pride in this country’s shirt as they’ve found previously in that of Italy, or Portugal, or anywhere else. It’s a dream shared by the players, too — none more so than Borjan, who has waited years for moments like this.

Borjan, born in Yugoslavia but raised in Hamilton from the age of 13, has as much passion for the Canadian crest as anybody; he, like many who adopted Canada as their home, has immense gratitude for this country, and he was overcome with emotion on Sunday.

“Twelve, thirteen years with the program, it’s been a long time,” he said. “This is what we deserve, this is what Canada deserves.

“Canada gave us peace, better schools, a better life, everything. This is just the way for us to return it to Canada. Bringing them to the World Cup after 30-something years, it’s something special. When somebody gives you that much love, you have to return it. We’re doing our best to return that love to this amazing country.”

At long last, all the years Borjan spent in service of his national team — and all the years the most devoted supporters have suffered — are worth it. At last, there’s a national team here at home that’s able to captivate its country, much like the women’s team has done in the past.

The flights to Qatar are not yet booked; four games remain. But when they do arrive there, it’ll be as worthy combatants, with a nation 38 million-strong behind them.

I’ve been waiting night and day / I didn’t see the time, I waited half my life away / There were lots of invitations, and I know you sent me some, / but I was waiting for the miracle, for the miracle to come. — Leonard Cohen