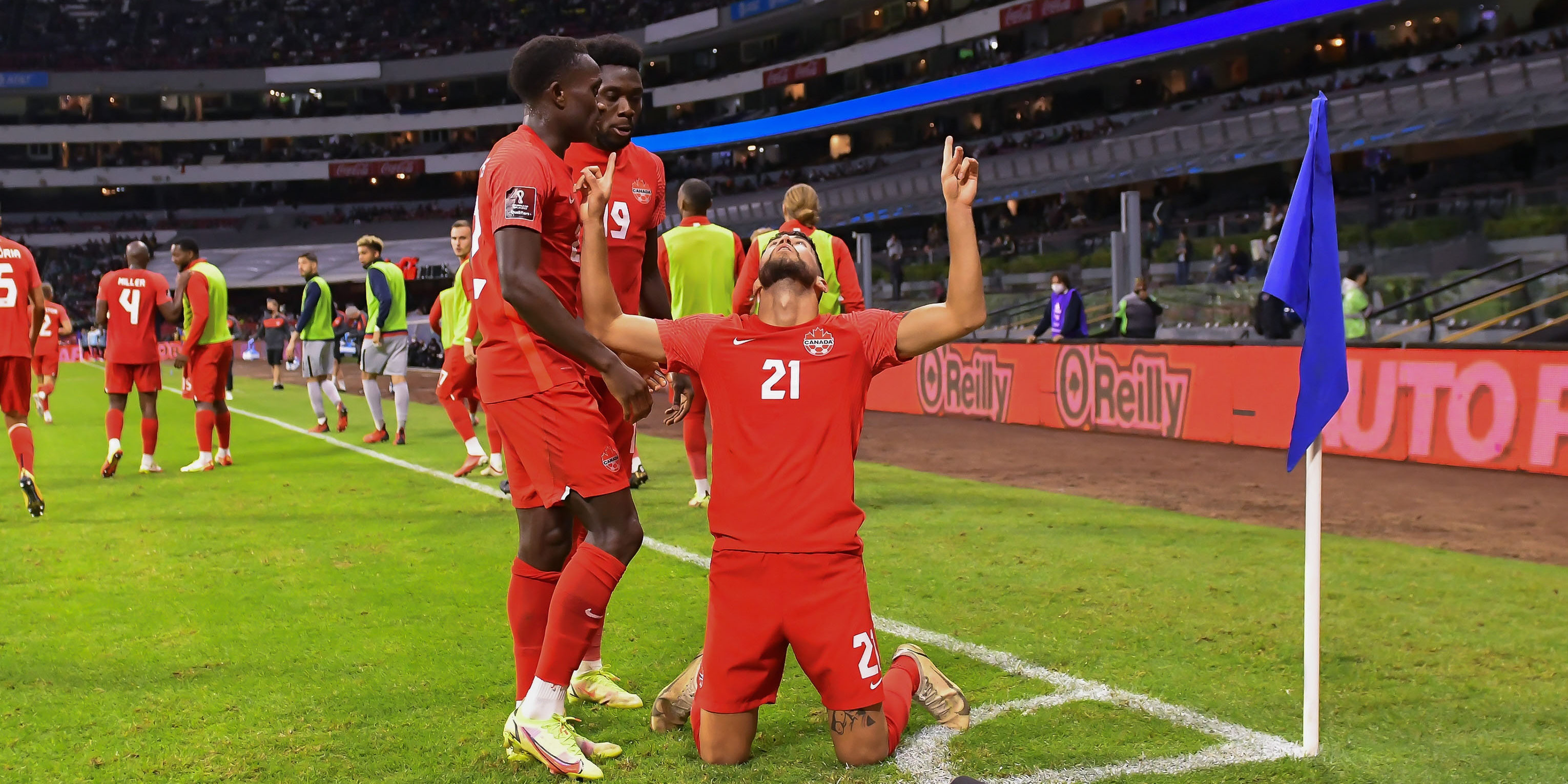 In every football competition — every World Cup Qualification campaign, every UEFA Champions League, every domestic competition — there are surprising results each year. There are scorelines that, years down the road, those who weren’t around will look at and think, ‘Huh. How did that happen?’

In a sense, the Canadian men’s national team claimed a result like that on Thursday against Mexico. To be the 10th team in history to do something — namely, avoid defeat against El Tri at the Azteca in World Cup Qualifying — is enough to make that 1-1 score stand out in the history books. For Canada to secure a point in a stadium where, historically, they’d been outscored 27-2 by the Mexicans, is tangible proof of meteoric progress.

In another sense, though, to tag Thursday’s match as a shock result would be to do a disservice to John Herdman’s Canadian side. This was no fluke, no skin-of-your-teeth draw earned off the back of a parked bus and a bucketful of luck. Teams have taken points off Mexico at the Azteca before, having sat back and defended desperately for 85 minutes. Canada, instead, went blow-for-blow: each side had four shots on target, and though Canada ultimately ceded the final possession statistic after a down period in the second half, they outright dominated for stretches of the first.

The expected goals? Canada 1.64, Mexico 0.85. This game was not like Sheriff Tiraspol beating Real Madrid at the Bernabeu, despite just 24% possession and a shot count of 31-4 for the home side. Again, it can’t be forgotten that Canada didn’t win on Thursday, and in many ways it doesn’t feel like they did — Herdman, especially, admitted they were a touch disappointed not to have scored another and really turned the Octagon on its head. But history must be acknowledged when it presents itself.

The Mexican side were whistled off the pitch at halftime by their own fans, unused to seeing a visitor play so expansively at the Azteca — particularly not an opponent in Concacaf World Cup qualifying, where El Tri have been so dominant.

In the Mexican press on Friday morning, there’s little sense of embarrassment as, for instance, there might have been when they lost to Costa Rica in 2001. They didn’t lose, of course — this was not a toothless performance from the home side — but it’s undeniably a stunning result. Still, the prevailing narrative, even on television down there, is how well Canada played.

If the Azteca is, as Jonathan Osorio described it, a Colosseum of football, then Canada marched into it and stared down the lion, who deemed them a worthy adversary.

And were you not entertained?

Therein lies the truly special part of this Canadian team.

It’s not just that they’re good, or that they can get results in difficult places. It’s not even just that they have a genuine chance of qualifying for the World Cup. In many ways, it’s that they look so good doing so.

At a time like this, it helps to think back to the start of this qualifying campaign. The Aruba game in June, for instance: Canada, with an ostensibly harder game coming up later against Suriname, brought Alphonso Davies and Jonathan David onto the pitch as substitutes in the 66th minute, with the score already 4-0. Asked why after the game, John Herdman’s response was clear.

In his mind, if somebody tunes in to watch the Canadian men’s national team, they should see the best possible version of it. Fast forward to now, and the notion is the same: Sure, Canada has to play Jamaica and Panama in short succession — two games with far greater expectations. And really, nobody would have faulted a conservative approach at the Azteca of all places.

But when Herdman was asked why he chose to go for it against Mexico — with his strongest possible XI and some aggressive, front-foot tactics — the answer was simple:

For all the difficulty Canada has had over the decades building support for local soccer and the national teams, this country is packed with football fans. An incredibly diverse country like Canada has no shortage of people invested in the global game; a general appetite for the sport has never been the issue.

Never before, though, has Canada had a men’s national team capable of this brand of entertaining football. They’re a team that a neutral can watch and enjoy, really anywhere on the planet. But now, they’re doing things that resonate with any football fan. Osorio scored his goal not far from the spot where Diego Maradona scored the Hand of God. This did not happen on a training pitch in Bradenton, Florida.

The mystique around Mexico and the Azteca aside, Canada genuinely attempted to pin back the team that’s ninth in the current FIFA World Rankings — higher than 10 of the 16 sides that were in the knockout round of Euro 2020. Their squad is full of players capable of producing moments worthy of any highlight show in the world.

At last, Canada has a men’s team that can truly inspire the casual football fan. This mythopoetic World Cup Qualifying campaign surely has to be the moment when this group of heroic figures breaks into the collective football consciousness of this country. If they do make it to Qatar, they’ll enter that tournament as a global darling — a side that everyone tunes in to see.

And when that happens, don’t forget: they’ve always been this much fun.