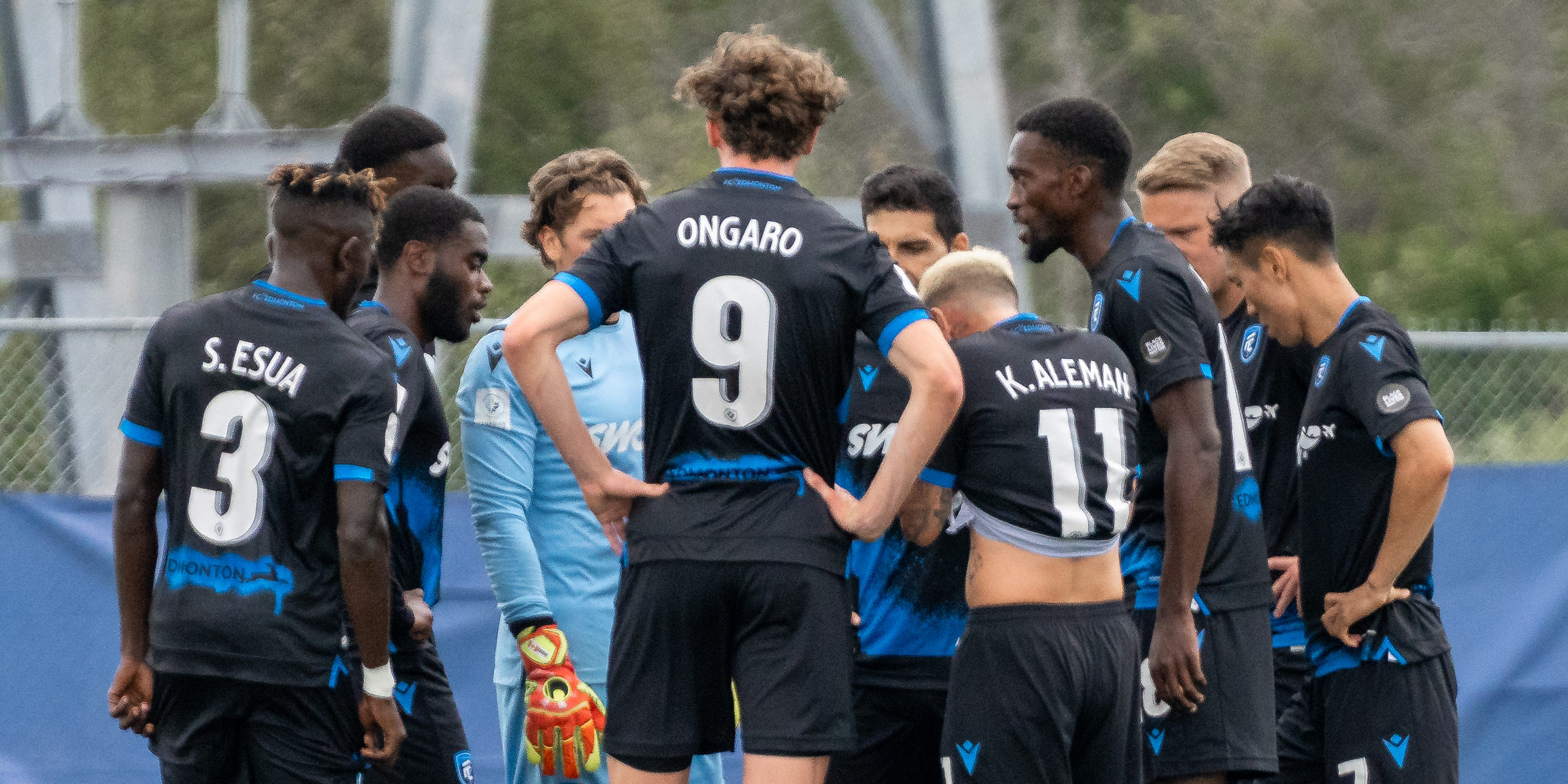 There’s no nice way to say it: FC Edmonton was the worst team in the Canadian Premier League this season.

Finishing last at the Island Games on a single point – with the fewest goals scored (5) and most goals conceded (14) – the Eddies landed miles away from the other seven CPL teams still in contention to qualify for the second round on the final day of Round 1.

Now-departed coach Jeff Paulus reworked his – at times impressive – 2019 squad, looking to shore up its attack; additions like Hanson Boakai and Keven Alemán gave Eddies supporters much to salivate over. FCE’s outlook off the pitch looked bright, too, starting with a Saskatchewan Summer Soccer Series friendly announced in March, an unofficial kick-off to their 10-year anniversary in Alberta’s capital.

The COVID-19 pandemic took the club down a transformative path, and brought their decade anniversary celebrations to a screeching halt. Troubles started in the early stages of the pandemic when high-profile winger Raul Tito was barred from the country due to travel restrictions.

Still, the Eddies readied for a truncated season – soon to be unveiled as the Island Games – with many reasons to be positive. Easton Ongaro looked good in pre-season, bulking up in an attempt to better a 10-goal output in 2019.

Their Island Games opener against eventual champions Forge FC kickstarted the unlucky streak for the Eddies. A wonderstrike from Kwame Awuah and an unfortunate Kareem Moses own goal sank the side in unceremonious fashion – back-to-back attempts off the woodwork stand as tournament-changing chances, according to CanPL.ca’s Steven Sandor, who dubbed the season opener a “here we go again” moment for the Eddies, harkening back to their floundering days in NASL.

Paulus dropped several hints about his impending departure from FCE while on PEI, opening suggesting the Eddies could use “a different voice in the room” several times, including a listless Al Classico where a Terique Mohammed red card halted any tournament momentum the team had.

The club was rocked with tragedy midway through the first stage when they learned the club’s first captain, Chris Kooy, was fighting an advanced stage of cancer. Their inaugural NASL skipper passed away just before their tilt with Atlético Ottawa – something Paulus attributed to their dramatic two-goal comeback and, ultimately, their only point of the Island Games.

From there, the disappointing results began to stack up: a 3-1 loss to HFX Wanderers, 2-1 defeat to Valour, and a slim 1-0 takedown at the hands of York9 FC, now York United FC, with Manny Aparicio’s free-kick heroics leaving coach Paulus admirably defending the group, despite being officially eliminated from the Island Games.

“I’ll just accept responsibility that the little piece we’re missing could be me at the end of the day,” Paulus told reporters after the Eddies’ game against Valour.

“I’ve been here since December of 2011, and yeah, I love the club. Of course. But the reality is, though, I want this club to succeed, and right now we think we’ve got a better roster than where we are in the standings shows. If it takes someone else coming in with a new voice to get this club and this group of the players over the top, then I’m just open to that.”

A standup performance against Pacific FC in their first-stage closer nearly saw FCE play spoilers but Marco Bustos’ wicked left foot ensured Paulus’ group would have no final hurrah on the red sandy shores of PEI.

Paulus retained 15 players from last year – a total that rivalled Cavalry FC and Forge FC’s year-over-year numbers. But, unlike the 2019 CPL finalists, who made the second round, the Eddies lacked cohesion on the pitch in PEI. Midfielders and forwards were disjointed in the build-up play and combined for a league-low 11 shots on target inside the 18-yard box. Up front, attacking additions Boakai and Alemán impressed at times, but failed to be the creative lynchpins Paulus had hoped for when he signed them.

Were expectations too high for FC Edmonton? Likely. Many CPL coaches agreed this Eddies group was a lot better than their results on the pitch. Perhaps we didn’t expect any side to fall to the bottom as quickly, especially not FCE considering their qualities.

This led to club ownership to step in, calling their Island Games performance “simply not good enough.” They began taking a “hard look” at reshaping the club this off-season, starting with Paulus’ departure. The move wasn’t necessarily a shock, considering his comments at the Island Games. Paulus left the job with a 10-9-18 overall record and a young, promising core remaining in place.

Alan Koch followed soon after as the club’s new head coach, promising to bring a winning culture to the club. Koch had coached in MLS and the USL – he was in charge of FC Cincinnati in both leagues from 2017 to 2019 and had won a USL Regular Season Championship and Coach of the Year honours

The former Whitecaps 2 gaffer closed out 2020 promising to bring a winning culture to the City of Champions – a fitting end to a disappointing second season of CPL soccer.

FC Edmonton put up some decent numbers in individual categories, but couldn’t overcome some of their hurdles. Here’s how their 2020 looked, by the numbers:

“I don’t think we were a horrendous team. We’re not a one-point team at The Island Games. These players are not one-point players. The last thing I said to them is that I still believe in them, right now.” – former head coach Jeff Paulus.

“I know that there are players here who have been affected by (racism) at one point or another during their lifetime. I think it really hits home for a lot of players. Not even just for the black players here, but players of all different races, I think it really did hit home.” – Captain Tomi Ameobi on the Black Lives Matter Island Games protest.

“There’s a lot of work to do. I don’t think we’re shy about saying that.” – current coach Alan Koch.

THE COMEBACK is REAL! @FCEdmontonNow turn around a 2-0 deficit against @AtletiOttawa, with Easton Ongaro tapping in a 91st-minute equalizer!

A credible comeback breathes life into the Eddies’ Island Games…