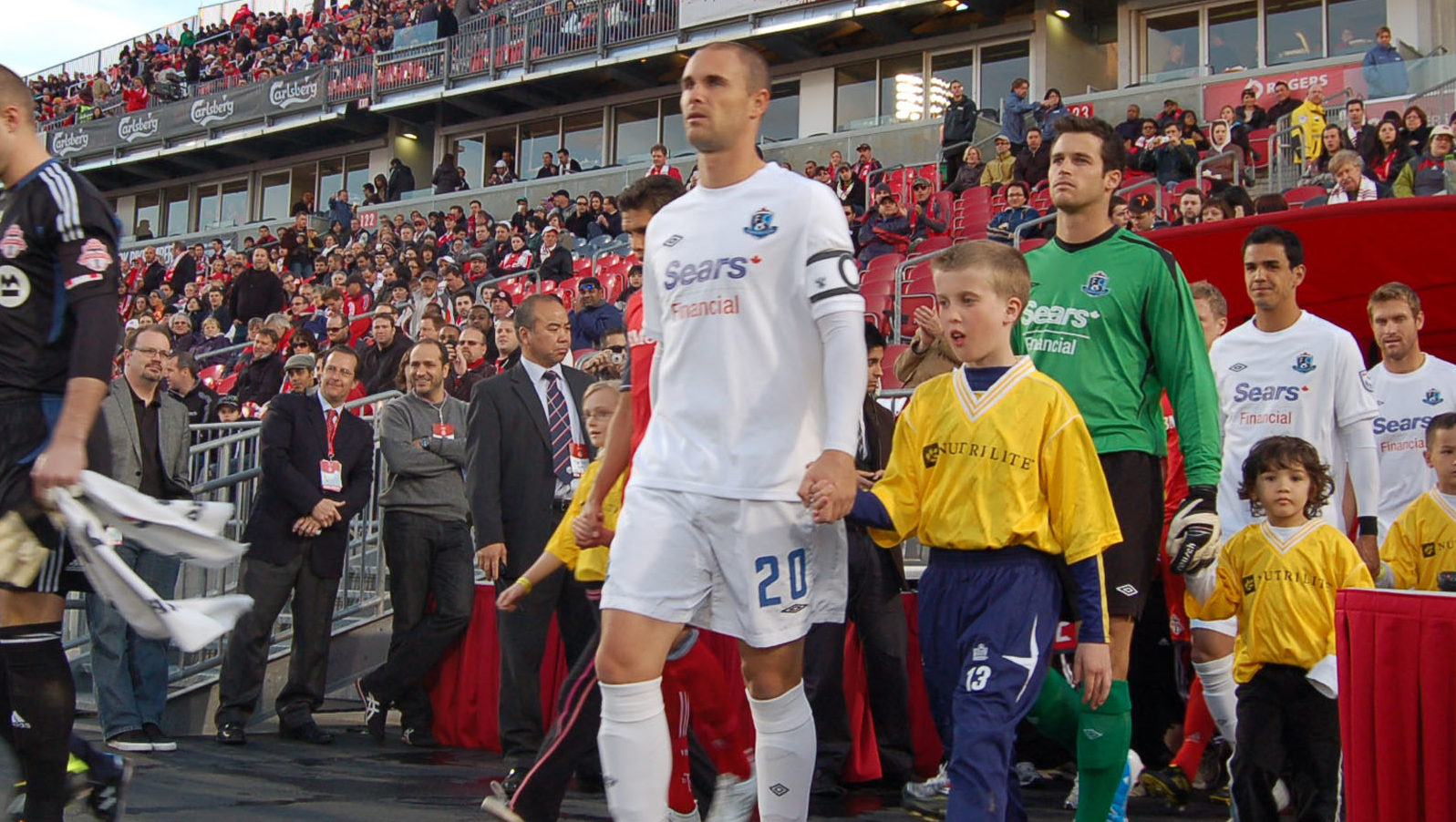 There’s a certain pall hanging over FC Edmonton this week at The Island Games, making it difficult to focus squarely on their matchup with Cavalry FC on Thursday.

Chris Kooy, who was FC Edmonton’s first captain in the NASL back in 2011, has been fighting Stage IV colon cancer back home in Alberta since early this summer. In the past week, the CPL club received the devastating news that Kooy will not be able to receive further treatment.

The 38-year-old played 51 games for the Eddies in their first two seasons, and he has since become embedded in the local soccer community through Edmonton Scottish, one of Canada’s top amateur soccer programs. Kooy was part of the Scottish side that won the 2016 Challenge Trophy (Canada Soccer’s premier amateur competition), and he’s helped grow the youth program into one of the largest in Edmonton.

Some of Kooy’s fellow technical leads at Edmonton Scottish, including Paul Hamilton and Kevin Poissant, have set up an online fundraiser (more information in Jeff Paulus’ tweet below) to help support Kooy and his family, particularly his partner Sandy and infant daughter Sloane.

With the news hanging heavy over FC Edmonton, coach Jeff Paulus told CanPL.ca that his side will have Kooy at the front of their minds in upcoming matches.

Eddies midfielder Anthony Caceres, who wears the number 20 shirt that Kooy first wore with the club, has agreed to give up the jersey number in order to have one printed for the former captain. Paulus himself said that he’ll be leaving the head coach’s seat empty for Thursday night’s Al Classico, relegating himself to the assistant’s chair to leave one open for Kooy.

Chris, a leader & role model @scottishunited & the 1st captain of @FCEdmontonNow who epitomizes what I hope our team represents; a team of integrity, passion, honesty, & having a warrior's heart! https://t.co/G35zWUP43N

Paulus is hoping his squad can make their former captain proud, and perhaps draw on his fighting spirit for inspiration.

“I’m not sure what state he’s in now, if he’s able to even watch the game or anything,” Paulus said.

“But the biggest thing I want to say about Chris is, number one, he’s just a man of integrity. Anything he does in life, but certainly as a footballer, he is a man of integrity. Humble, passionate, an absolute warrior’s heart. This is a player that anybody would want on their side, because he played the game the right way. There was an honesty to his play, there was an honesty to his training. Passionate, good teammate, absolute leader.”

Paulus went on to call Kooy “the Mark Messier of soccer in Edmonton,” likening his former skipper to the much-revered former Oilers captain.

“What I’m hoping here is that our team can represent him,” Paulus continued.

“That’s what I ask from the squad, that’s the most important thing. Can we represent the values of our first captain? And if we can do that, we’ll be successful more than we won’t be. But regardless of results, then we can walk off the pitch proud, because football doesn’t promise you anything either.”

It is indeed a bitter truth that football promises nothing, and as the Eddies prepare to return to the pitch, the game has certainly been put into perspective for them.

“Even the Al Classico takes a back seat, I have to say,” Paulus said. “At the end of the day, the Al Classico for me is a game of football. I’d rather talk about the game of life, which our first captain is going through right now.”