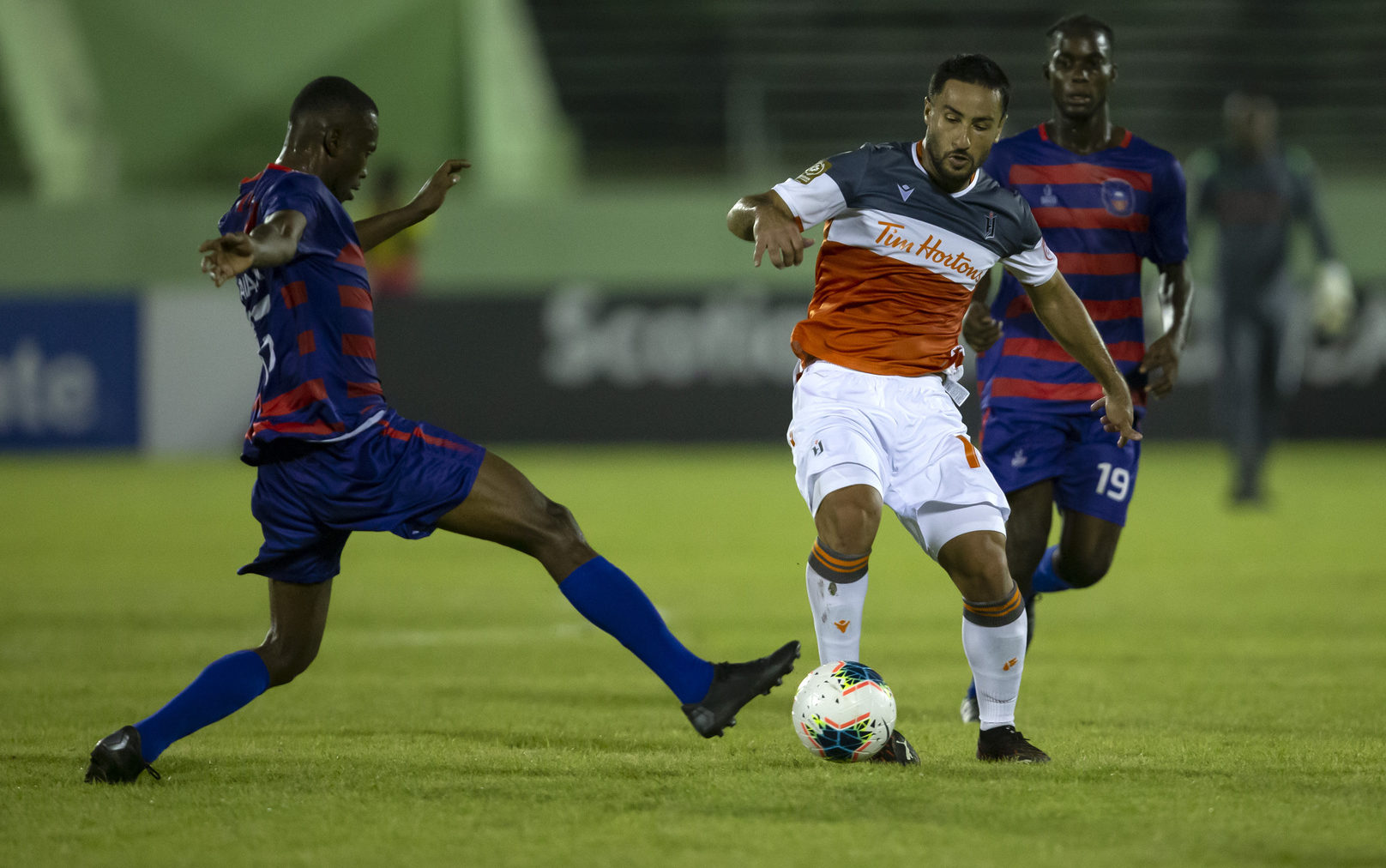 So close. So very, very close.

Forge FC was eliminated from the 2020 Concacaf League on Tuesday night following a dramatic 4-2 penalty shootout loss to Haitian club Arcahaie FC in the quarter-finals in Santo Domingo, Dominican Republic.

Although the CPL Champs bowed out of the continental competition, they can still qualify for the 2021 Concacaf Champions League with a win in next week’s “play-in” match.

Daniel Krutzen scored from the penalty spot on the stroke of halftime for Forge, but that was cancelled out following a goalkeeping howler in the second half by Triston Henry that allowed the Haitians to tie things up.

The game went straight to a penalty shootout at the end of regulation time and saw Krutzen and teammate Alexander Achinioti-Jönsson have their attempts saved by Arcahaie goalkeeper Guerry Romondt. David Edgar and Mo Babouli scored for Forge, but it wasn’t enough as the Haitians converted all four of their attempts.

Had Forge won, they would’ve advanced to the tournament semifinals in January, and become the first CPL team to qualify for the Concacaf Champions League, the region’s most prestigious club tournament, where it would face the top sides from across North America in next year’s competition.

Instead, they’re forced to play in a one-game “play-in” match, against Club Deportivo Marathón of Honduras, where the winner will punch their ticket for the Champions League.

Tuesday’s match was there to win for Forge, who dominated possession, carried the balance of play and created more dangerous scoring chances. But Forge’s inability to put the game away when they had a 1-0 lead, Henry’s gaffe and the team’s failure to hold its nerve in the shootout was their undoing.

Played inside an empty Estadio Olímpico Félix Sánchez, Tuesday’s tilt saw Forge start on the front foot against their Haitian opponents from the opening kickoff. Forge delivered Arcahaie an early warning when Grant and David Choinière linked up to nearly open the scoring in the first minute. That seemed to wake up the Haitians, who gradually grew into the game and frustrated Forge with their low, defensive block.

The breakthrough came just before halftime when Choinière was tripped up inside Arcahaie’s 18-yard box. Krutzen converted from the penalty spot to give Forge the lead going into the break.

Krutzen nearly doubled Forge’s advantage after the re-start, but his curling free kick from 20 yards out smacked off the crossbar with the Arcahaie goalkeeper rooted to his goal-line. Moments later, teammate Babouli failed to score on a header from in close off another free kick.

Forge paid for those near-misses when Arcahaie’s Kervens Jolicoeur capitalized on a botched clearance by Henry inside his penalty area to score into an empty net and level the score.