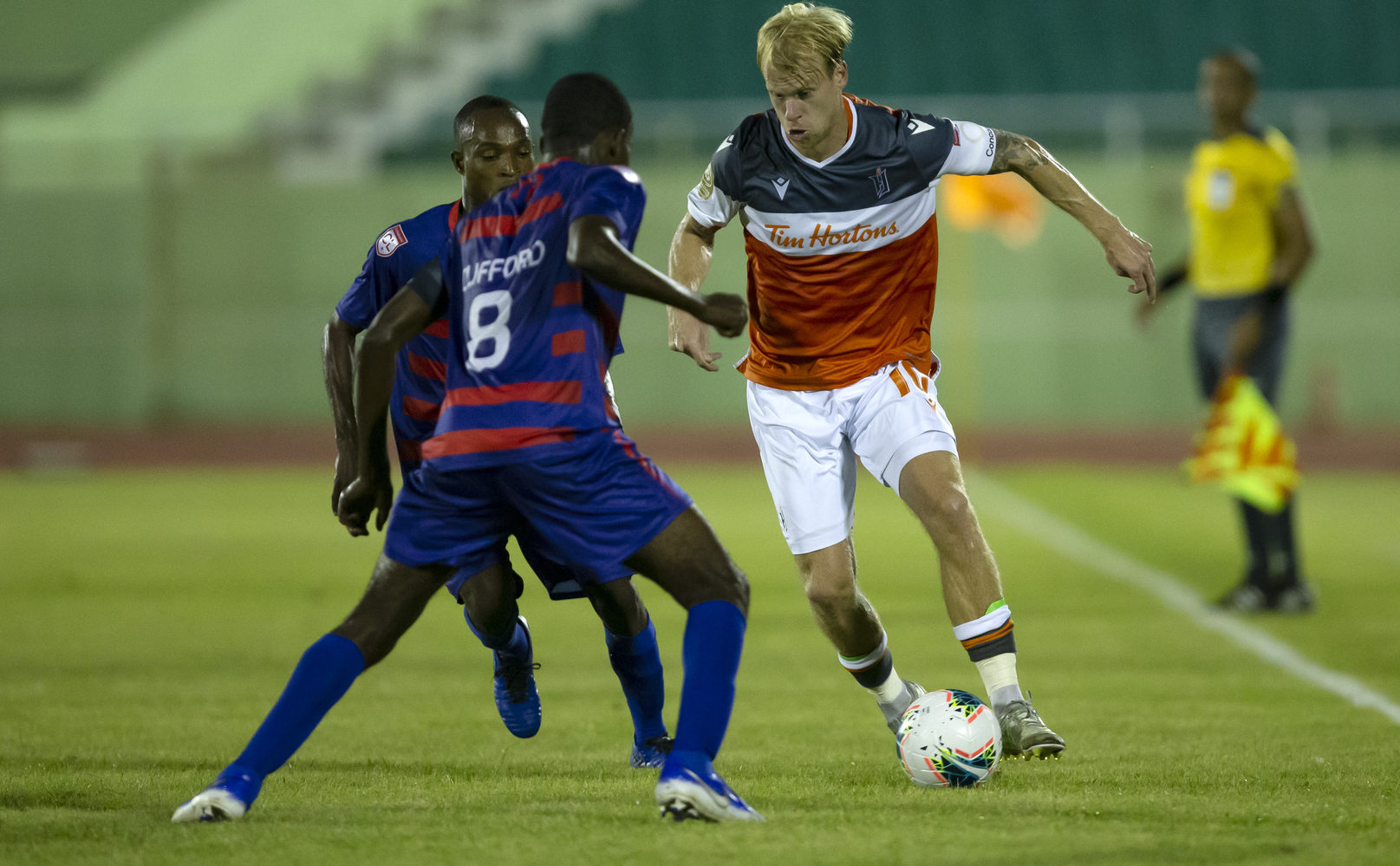 In a word: heartbreaking.

Forge FC’s penalty shootout loss to Arcahaie FC in Tuesday night’s Concacaf League quarter-final was cruel, as games that end in such fashion often are.

Despite commanding more than 60 per cent of the ball and completing well over twice as many passes as their Haitian opponents, it’s Forge that felt the pain of defeat in the Dominican Repubic, and Arcahaie that advanced to the Concacaf League semifinals.

Bobby Smyrniotis didn’t hesitate to admit that it hurts to lose like that, as the Forge coach offered his thoughts on a game where his side dominated in most areas.

“This is one that stings, it’s one that we were looking forward to as a game,” he told reporters after the game. “We were confident going in as a group in our game plan, and I thought we did a lot of good things today.

“The goal avoided us, and once in a while the soccer gods turn their head to you, and that happened today. We have no other choice; tomorrow, we’ll wake up and we’ll prepare to do it the next way that’s given to us.”

Of course, the next way that’s given to them will come next week. Although Forge didn’t secure a place in the 2021 Concacaf Champions League on Tuesday, they’ll have another shot at it in a play-in game vs. Club Deportivo Marathón of Honduras, which would still provide direct qualification to the continent’s top club competition.

In the meantime, though, Forge have to shake off this defeat. Plenty of things didn’t go their way against Arcahaie, including the fact that their opponent is deep into a league season, while Forge hadn’t played since their previous Concacaf League tie on November 3. While it’s not an excuse, that can definitely make it more difficult for an attack to sync up.

“The toughest thing when we look at it is we’ve played two games in two and a half months; this is the third one,” Smyrniotis pointed out. “There’s some type of rhythm that’s always not gonna be there, and the toughest thing to do in this game is score goals. We all know that, that’s why the score margins in this beautiful sport aren’t 9-8 every game they play.”

The highlight reel of this match probably isn’t one Forge will want to replay too many times — particularly not goalkeeper Triston Henry, whose second-half error with the ball led to Arcahaie’s equalizer.

On that point, though, Smyrniotis defended his ‘keeper, offering words of support for the Canadian Premier League’s top shot-stopper.

“It’s not something that we’re gonna explain or go over; he’s the first one that knows that he could’ve played that quicker there, and that’s something that’s maybe gonna happen once in his career,” Smyrniotis said. “It’s happened today; some mistakes are made on the field by different players in the game. This one kind of stinks, but he’s fantastic.

“He’s goalkeeper of the year in the Canadian Premier League for a reason. There’s a reason we’re champions, there’s a reason why we’ve done what we’ve done in Concacaf, and he’s a big part of it. It’s unfortunate that this comes at this moment, but we’ve got to look past it.”

And look past it they will, as Forge were already preparing mentally for what could be an even tougher test.

As Smyrniotis explained, there’s no time for Forge to feel sorry for themselves; they may not be used to losing, but they know how to respond when they do.

“We’ve had a very successful run the past couple of years, and we’ve had a lot of successes along the way, and sometimes this is gonna come,” he said. “This is gonna come in sport, and it came at an unfortunate time for us. And that’s what it is. We go into what will be a tough opponent next week, and we will prepare for that. We’ll prepare the way we do for every opponent.”

Forge’s players and staff will leave the heartbreak to the rest of us; they still have every intention of playing in next year’s Champions League, and they’ve got work to do.