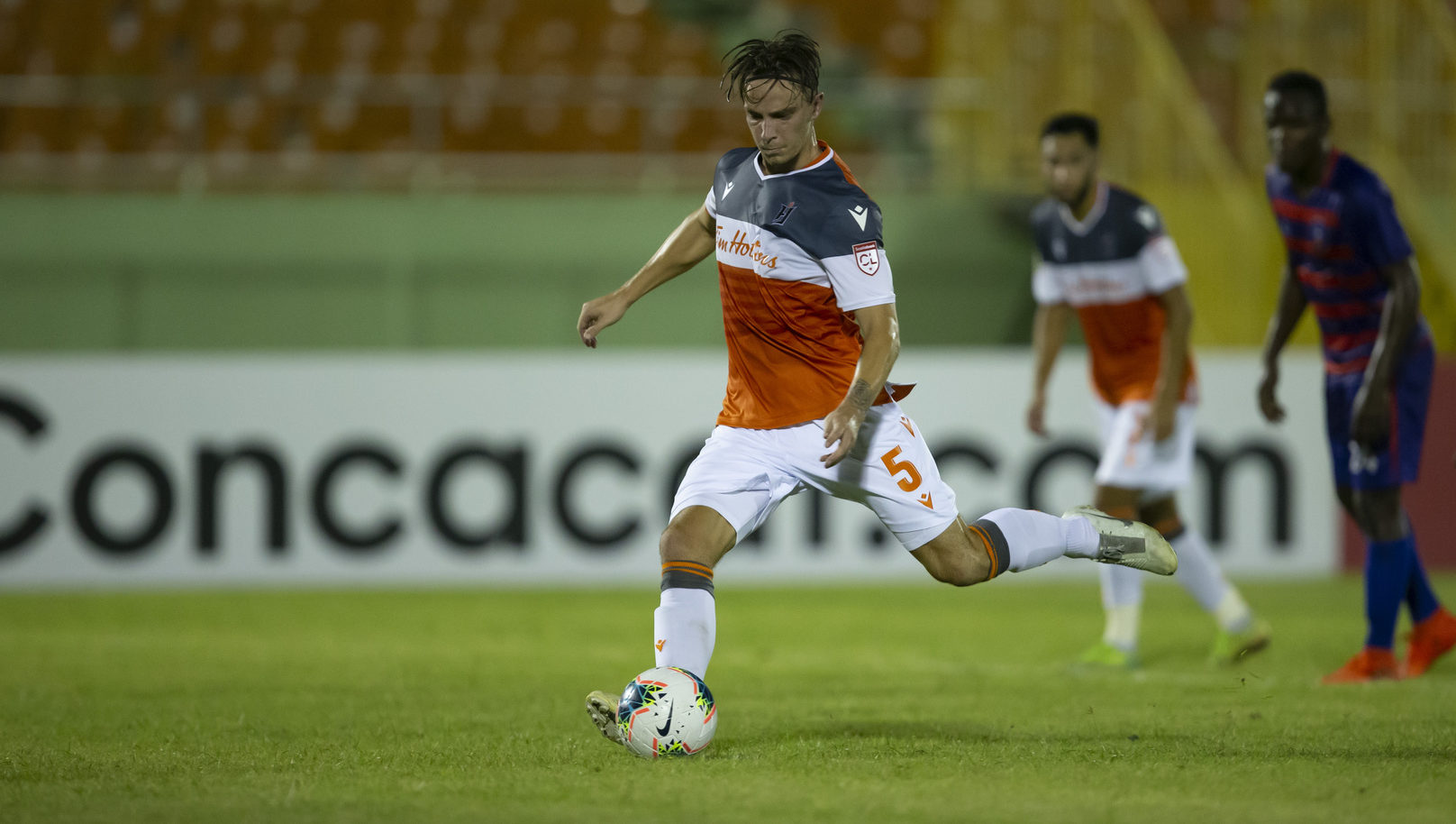 Moments after Forge FC’s nerve-wracking defeat via penalty shootout to Arcahaie FC in Tuesday’s Concacaf League quarter-final in the Dominican Republic, defender Dominic Samuel stared down the barrel of a webcam.

While many Forge supporters back home were still pacing in their living rooms, lying in bed awake, or taking their frustration out in other ways, Samuel was speaking quite calmly about how his team narrowly missed their first of three chances to qualify for the 2021 Concacaf Champions League.

Forge outplayed their Haitian opponents on the night but after a mistake from goalkeeper Triston Henry and a couple of missed penalties, they’re forced to play in a one-game “play-in” match next week, against Club Deportivo Marathón of Honduras, where the winner will punch their ticket for the Champions League.

Speaking to the media back home in Canada after the loss, the 26-year-old Samuel was right to find positives as there were a few for Forge on the night.

RELATED READING: Forge looking forward after Concacaf League heartbreaker: ‘We have no other choice’

“We got off to a great start, honestly,” Samuel said, referring to some of Forge’s unconverted scoring chances.

“Unlucky a few times, sure, and they showed resilience. Getting that PK (via teammate Daniel Krutzen) showed that good work.

“There are a couple of stoppages, plays, and broken things that add up. It’s not what we wanted but there’s another opportunity.”

Forge looked on the front foot almost immediately. Johnny Grant’s low cross after almost 50 seconds nearly connected with David Choinière for an opening goal. That seemed to wake up the Haitians, who gradually grew into the game and frustrated Forge with their defensive game.

Choinière drew a penalty just before halftime and Krutzen converted it, before he nearly doubled Forge’s advantage in the second half after rattling a free kick off the crossbar.

The match’s focus lied on Forge’s attack and creativity – could they break down Arcahaie a second time? – which made what happened in the 57th minute even more shocking, especially for Forge fans, when Henry’s mistake led to the tying goal.

Samuel, Henry’s long-time teammate at Sigma FC in League1 Ontario, stood up for Henry and refused to call him out for his costly error.

“Look, we all know, that he knew what he did – you just have to move on,” Samuel said of Henry’s miss-play at the back. “There was a lot of time left on the clock. We looked around and said ‘let’s keep pushing.’ There was a lot of game left.”

Samuel, who has played all 270 minutes for Forge in Concacaf League, went on to partially attribute the second half’s many stoppages, one due to a net malfunction, and a couple of near-misses for the loss. But, just as coach Bobby Smyrniotis did, Samuel was forced to look ahead to next week’s play-in.

“We have another opportunity, we know what’s in front of us,” Samuel said. “We have what it takes to get it done.”