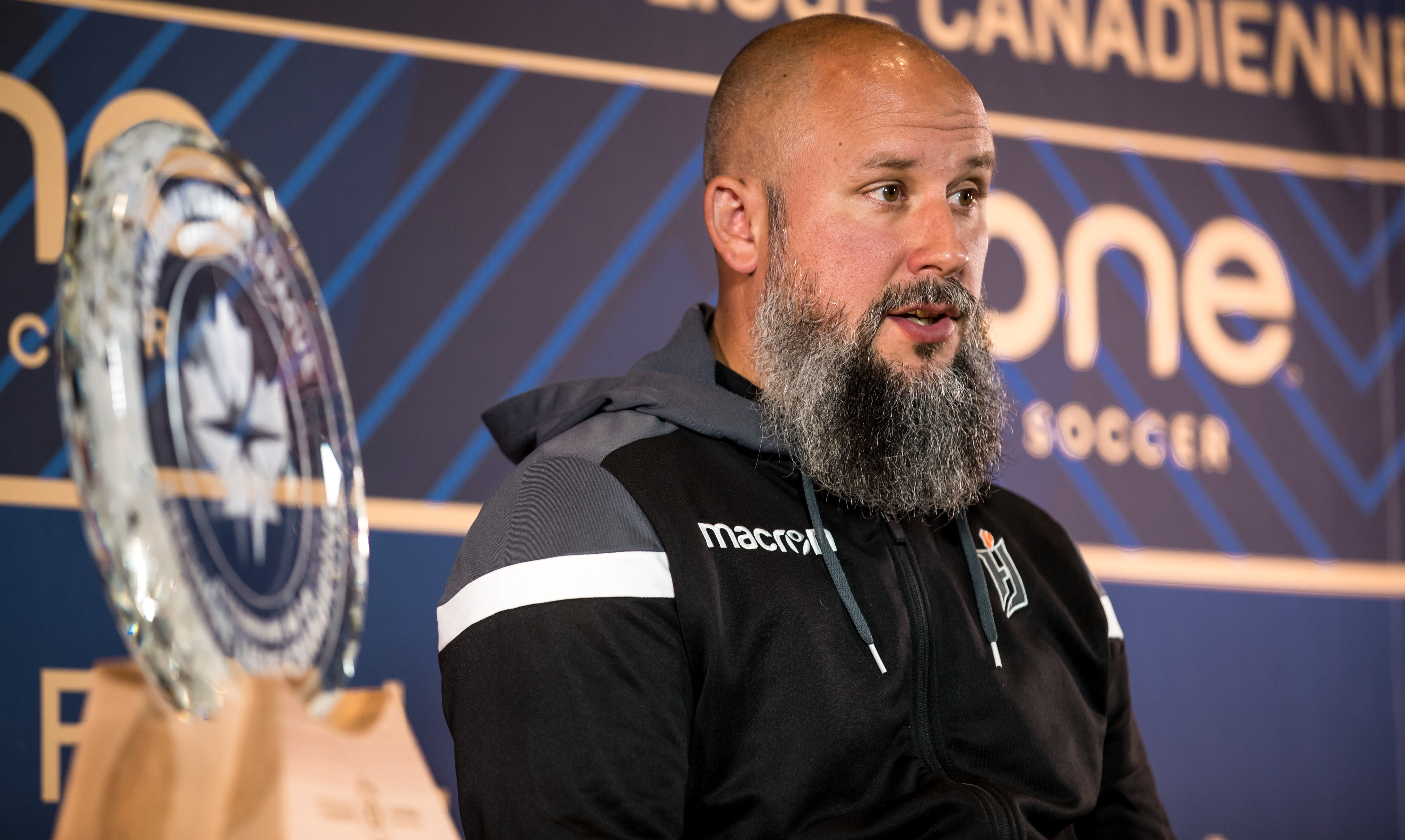 We may not know when, exactly, the 2020 Canadian Championship final will be played. However, we know well what the stakes are.

Forge FC, already in the middle of by far the shortest off-season of any CPL club, will begin their 2021 before any of their league rivals, to address some unfinished business from last year. As CPL champions, they’ll be taking on MLS side Toronto FC sometime this spring for the Voyageurs Cup (not to mention a ticket to the 2021 Concacaf Champions League).

We’re still weeks from that game (in all likelihood), but the final is already a light at the end of this winter tunnel for Forge, whose bid to keep their championship roster together has begun in earnest recently after their Concacaf League journey ended in December.

“What a way to start off a season (in the Canadian Championship final),” Forge’s Kyle Bekker told CanPL.ca. “It provides us something to look forward to right away, provides us an extra reason to keep guys motivated in the off-season to come in hungry, come in fit, and ready to set the bar for what could potentially be another successful season.”

There’s a lot on the table in this matchup against Toronto FC; Forge will be keen to finally win a place in the Champions League, after missing out in two consecutive defeats in the Concacaf League. Plus, there’s a healthy amount of overlap between the two Ontario-based teams — Bekker, of course, began his professional career with TFC, while the MLS outfit’s own Richie Laryea earned his youth start under Bobby Smyrniotis at Sigma FC. In fact, a number of ex-Sigma players at Forge will all be well familiar with Toronto’s own homegrown players, having played against (or with) each other their whole lives.

RELATED READING: Smyrniotis aiming for Forge FC to have ‘big part of the core back for 2021’

Still, this is by no means a friendly match. This is sure to be one of Forge’s greatest challenges yet, playing for a trophy against a side that’s consistently been near the top of MLS for the past few years.

“There’s definitely an added bonus that it is so close to home, and there’s relationships to the club and to the players of the other team, which is fantastic and just makes for something great,” Bekker said. “Obviously it’s a bit of a David and Goliath story, but it is what it is for now, and we kind of like that stuff. We’ve been the underdog many times before, which is fine with us. I don’t think we’re gonna put too much pressure on ourselves to go out there and shock the world, but that’s just something we can do.”

His coach takes a pretty similar view of the matter. Smyrniotis is very much a realist; he knows that Forge will go into a matchup with TFC needing to surprise their opponents, but under no circumstances should his side be counted out.

“It’s one of the top clubs in North American football against a team that’s two years old,” Smyrniotis said. “We’re looking at a team that’s been running a $25 million salary budget over the last few years, so we have to look at it in that context and who they are. In the end of the day I always say it’s 22 players kicking a ball on the field, and it’s no different in this game.”

That said, Smyrniotis admitted that preparing for this final will be difficult, with COVID-19 restrictions making it difficult to put together a training plan or arrange friendly matches. That was an issue for CPL teams before The Island Games last summer — a lack of match fitness may have prompted slow starts in some teams in PEI — and in a final with no margin for error, Forge can’t afford to stumble out of the gate against such a dangerous opponent.

“It being the first game of the season, you want as much continuity in your group as possible so that you’re able to roll the same ideas you’ve been working with as you go,” Smyrniotis explained. “But you’ve also got to be careful, knowing that’s a game that’s played probably two months before the CPL starts, so you have to have a good balance between both competitions and how you prepare for them.”

It certainly doesn’t help Forge’s preparation that their opponent is a little more mysterious heading into 2021 than they might have expected. Just like Forge, TFC will be playing their first match of the year in the Canadian Championship final, but for them it’ll also be their first under new head coach Chris Armas. That, on its own, will make Smyrniotis’ usually-meticulous tactical planning more difficult.

Forge can’t be sure how their opponent will play, which may dampen the value of their game footage. Nor, necessarily, do they know what players they’ll be up against: Toronto FC’s roster may be slated for a few changes as well, and they’re in the market for a new big-money Designated Player.

“This is a new coach, they’ll have some turnover in their team, so I think for both squads as a footballing matter it’s a difficult game,” Smyrniotis said. “It’s probably gonna be the first game you’ll play in the season for both teams, and I’m not sure how they’ll be able to prepare and get matches in before that. Right now the biggest thing for us is to focus on ourselves, focus on getting the roster to a point where we need to for that first game, and then go on from there focusing on the league itself.”

In some ways, both clubs are in the same boat as they wait for the match to be announced. Certainly, TFC will be heavily favoured, but as Bekker pointed out, that’s nothing new for a Forge team that eliminated Tauro FC in Panama, and won against CD Olimpia at home in 2019.

No matter what, the Canadian Championship final is sure to be fascinating.