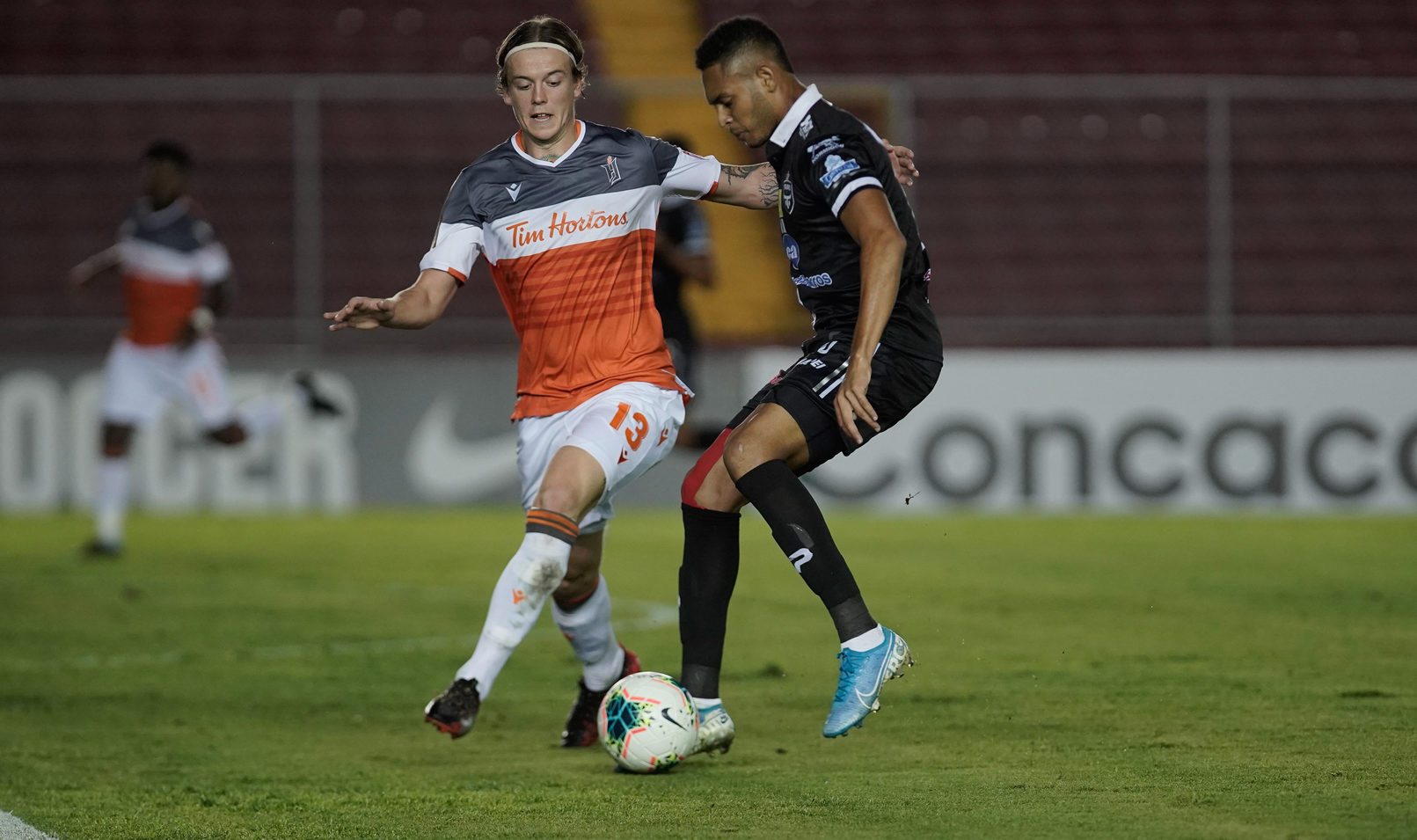 Somewhere in the bowels of Estadio Rommel Fernández on Tuesday, Bobby Smyrniotis sat at a podium, in front of a laptop.

The Forge FC coach, not 10 minutes removed from seeing his club beat Tauro FC in the Concacaf League’s round of 16, was asked a simple question by a member of the media: Is it too soon for you to reflect on how historic of a win that was?

“For me it’s too soon,” he told the virtually-assembled press. “I think that’s for all of you to write about in a positive way.”

He offered the obligatory platitudes about the moment, of course — shouting out the players, the supporters, and club owner Bob Young for his work through the years. Really, though, he left the narrative to the public.

What proceeds from here will be exactly the positive account Smyrniotis ordered.

Forge, the plucky upstart Canadians, have spent the two short years of their history beating a fascinating path across the continent. Their two-round Concacaf League run in 2019, which flew at times under the radar amid the excitement of the Canadian Premier League’s maiden voyage, introduced the young league to a pair of strong teams in Guatemala and Honduras.

This time around, with no other competition to immediately focus on, Forge have returned to their favourite competition with a vengeance. With two CPL championships in tow, they’re unequivocally the league’s standard-bearers on the international stage. And as of Tuesday, they’ve flown the Canadian flag high: other than Forge, no club team has ever won a Concacaf knockout round (whether Concacaf League or Champions League) with a majority-Canadian starting lineup.

And they accomplished something remarkable. It’s not just that they won, and that they put themselves into the quarter-finals for the first time. Nor is it that they now have an excellent shot at qualifying for the 2021 Concacaf Champions League.

On its own, in a vacuum, simply the fact that Forge FC have won a game in Panama deserves attention.

The last Canadian or American club to win in Panama was DC United, who beat Árabe Unido 1-0 in the CCL group stage in 2015. The last club to beat Tauro FC, in particular? Also DC United, who won by the same score in 2014. Forge are actually just the third club ever from Canada or the U.S. (and the first since Toronto FC in 2011) to score more than once and win down in Panama.

As OneSoccer pundit Oliver Platt pointed out, Tauro are 5-2 at home in Concacaf competition since 2018.

The Canadian national team has likewise seen how hard it can be to win in Panama. The men’s side has played in the country four times, dating back to 1996, and they’ve never won — in fact, they’ve never scored a goal. Remarkably, they’ve still managed to draw three of those matches 0-0; the only other result they’ve had in Panama City was a 2-0 loss in 2012.

To say this win was the greatest ever for a Canadian Premier League team is fair — actually, it almost feels obvious. The only contenders, really, would be Cavalry FC’s upset of the Vancouver Whitecaps in last year’s Canadian Championship, and Forge’s victories in the two CPL Finals they’ve played. While Cavalry’s win was massive for the league’s reputation in its own country, especially in its first year, there’s something a little different about winning on the international stage.

Certainly, the victory did not come easy to Forge in Panama. It’s probably easier to admit after the fact that they went in as significant underdogs; Tauro have won championships in Panama in very recent memory, and they played in the semifinal of this competition just two years ago. Based on Panama’s seeding coefficient, Tauro were the top-ranked team in this Concacaf League — higher than teams such as Olimpia (Honduras), Saprissa (Costa Rica), and Alianza (El Slavador).

Smyrniotis and his players did not care about a single word of the preceding paragraph, though. Nor, really, any of it: they were presented with a challenge, and they met it. They matched the quality of an opponent that was more experienced and, at many points of the match, more technically skilled and faster. Forge played extraordinary, brave football at times, perfectly happy to go toe-to-toe in a wide-open game in transition. They didn’t wilt under the humidity, nor did the rough grass pitch (after weeks of training on turf) make a difference.

Sure, there were no fans. The 32,000-seat stadium might’ve been a tougher environment had it been full. But no excuse can subtract much from the fact that Forge did something astonishing on Tuesday.

Attackers such as David Choinière, Mo Babouli, and Kadell Thomas beat defenders in ways that will leave an imprint on Panamanian observers. Tauro fans may genuinely look back, years from now, at their loss to Forge and remember when a 23-year-old from Montreal did this:

🧤 Another view from that beautiful play of @ForgeFCHamilton and a great save by @TauroFC | #SCL2020 pic.twitter.com/lOwSGJ4Y5o

The moral of the story, really, is that Forge — and Canada, for that matter — can no longer be counted out. As standard bearers for the Canadian game, they’ve had an incredible impact on the international reputation for players from this country.

And now, their campaign of conquest marches on. Whether to Jamaica or Haiti, Forge will have another chance in the quarter-final to press its stamp harder on the Concacaf League (and they’ll get to do so again in 2021). The Champions League is in clear focus; imagine, if you will, Club América playing at Tim Hortons Field? Or Forge at the Azteca?

Delusions of grandeur, perhaps, with plenty of work to do. But Forge FC may have crossed a threshold on Tuesday night.