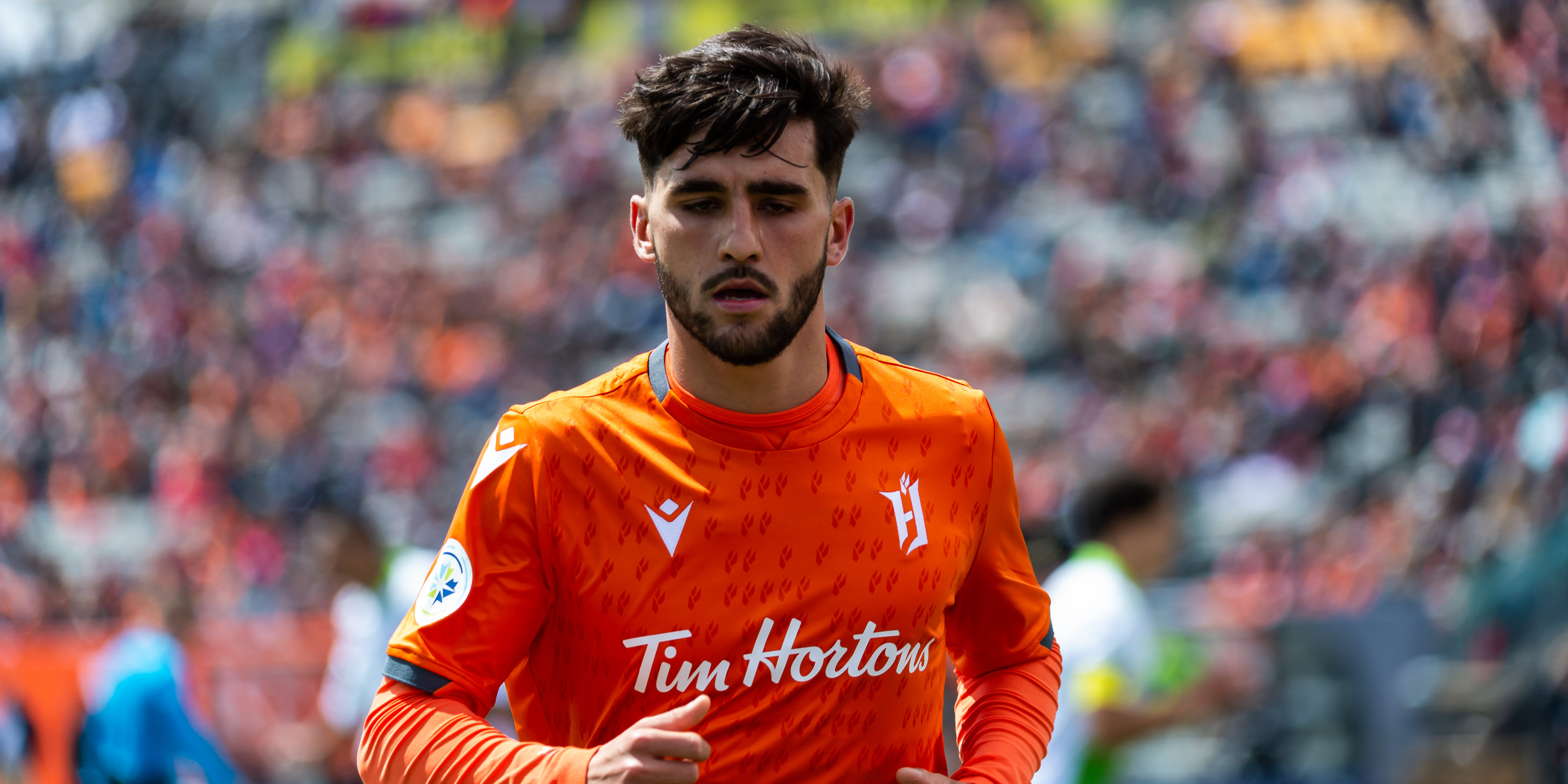 Former CPL Player of the Year Tristan Borges is set to return to Forge FC for the 2021 season, coming back to Hamilton via a loan from Belgian side Oud-Heverlee Leuven.

Borges first signed for OH Leuven in January, 2020 after a stunning breakout season with Forge in the CPL’s inaugural year. The Toronto native played 33 games for Forge in 2019, scoring 13 goals to lead the league in scoring and adding five assists.

Borges, a 22-year-old native of Toronto, went on to appear four times for OH Leuven in 2020 as they secured promotion to Belgium’s top division, and now he returns to the CPL to help Forge complete a three-peat of championships.

Here are four reasons why Borges’ move home comes at just the right time for both him and Forge FC.

If there’s anything Forge FC needed more of in 2020 it was finishing in front of goal – coach Bobby Smyrniotis has said as much.

Forge scored a league-leading 19 goals during The Island Games but, realistically, that total could have been much greater considering the chances they created.

Forge’s finishing issues were also on display in the Concacaf League where they scored just five times in four matches, and failed to put more than one past Haitian side Arcahaie – objectively the only tie where Smyrniotis’ side held most of the run of play.

Borges showed that he could score from just about anywhere in a Forge kit: long-range blasts from outside of the box, masterful chip shots, and even off corner kicks. He was the best pure finisher in the CPL in 20219, and showed the kind of will that wins games for you in a pinch (in Borges’ case, he netted four game-winners).

Borges re-enters the Forge fray with the ability to cover any role across the front four – both wings, as an attacking midfielder, and further back in a more traditional central midfield role.

Straight-forward left-winger? Borges can do it. Inside forward up the right side? It’s a useful trait, as he looks to join Mo Babouli as a pair of tricky interchangeable holdup attackers who will pull CPL defences in every direction.

Consistency as a young player

Consistency is one of the hardest things to attain as a young player in a professional environment. Borges managed it better than any other CPLer while with Forge – and his goal total shows it. Borges was typically one of the youngest players on the pitch but it didn’t seem that way. Perhaps that’s why he won the Best Under-21 Player award following that breakout season.

Think about Finals 2019. Forge’s danger-man had one half-chance in Leg 1, with some space at the top of the box. With a defender in front of him, Borges simply lifted the ball up, looping his shot into the top corner. Here was a 21-year-old, in his first professional final, pulling off something audacious like that.

Borges was controversially left off Canada’s Olympic qualifying provisional roster likely due to COVID-19 restrictions and a lack of playing time, but he returns to Forge as a Canadian international and prime attacking prospect in the Canadian attacking pool. A run of games for Forge will do wonders for a player who has already excelled at this level.

It also helps that Forge has seemingly strengthened during Borges’ year abroad; Babouli promises to match his attacking ability, fellow “Killer B” Kyle Bekker shows no signs of slowing down, and, perhaps most importantly, he returns to a team that hasn’t changed much since he left – 11 players signed for 2021 were with Forge in 2019.

You couldn’t the table better for Borges’ return.