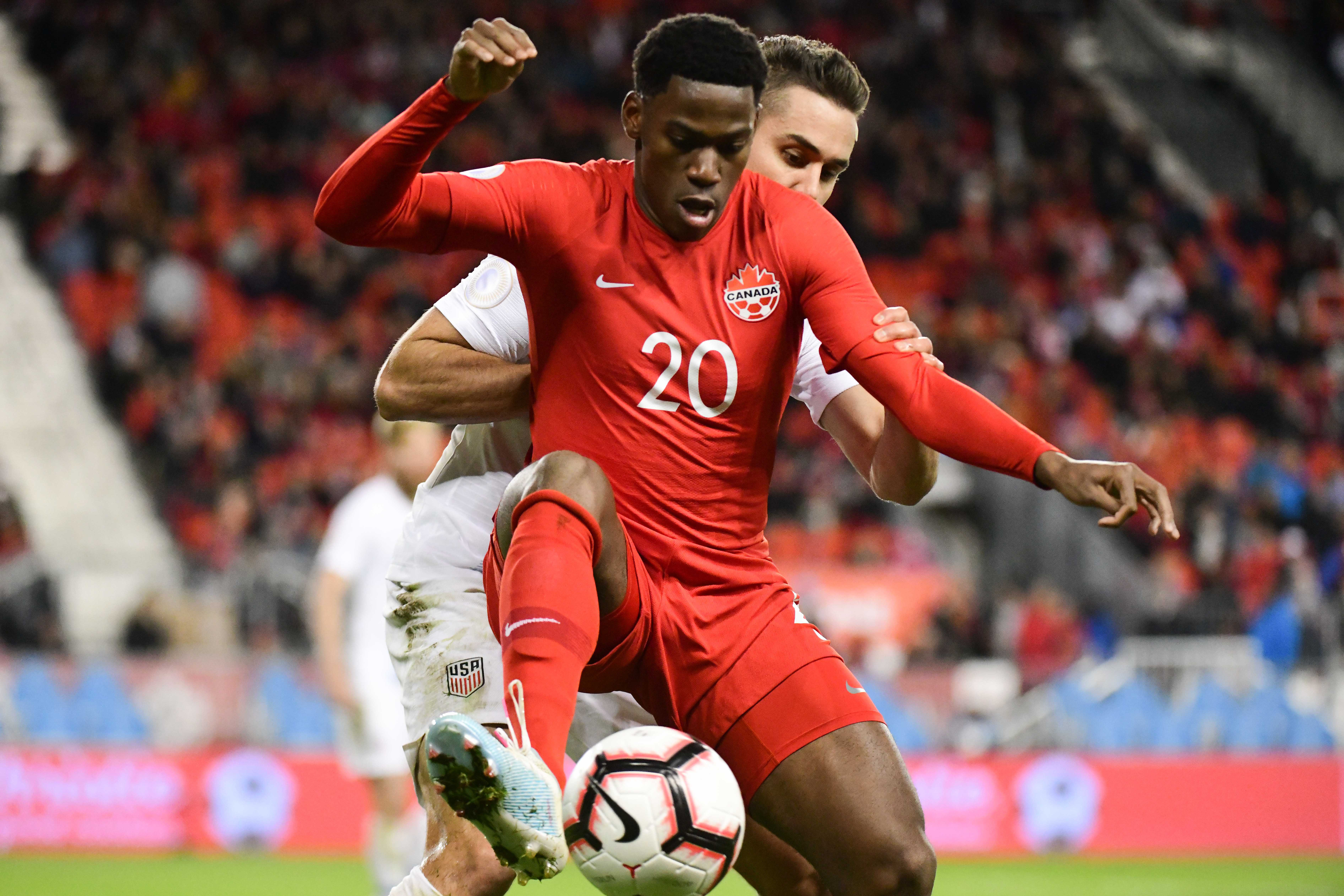 Where should Jonathan David go? Or should he go anywhere?

Canada’s second wunderkind has exploded onto the international footballing scene this season with Gent, topping the Belgian league’s scoring charts with 18 goals, and another five in the UEFA Europa League – this after he scored an impressive 14 goals in all competitions for Gent in 2018-19, his first as a professional.

CanPL.ca’s John Molinaro looked at the future of the Canadian international earlier this week, writing that where he goes next is just as important as when he leaves Gent

Using Football Manager 20, CanPL.ca has simulated a few of these speculated moves. Setting on a $40-million USD transfer for this coming summer, we see how David fares at some of Europe’s biggest clubs, grading each transfer on his input and development.

Each simulation runs two years, right up until the 2022 FIFA World Cup in Qatar.

RELATED READING: Jonathan David primed for transfer, but where just as important as timing

David’s theoretical move to Dortmund is interesting. A below-average five-goal haul in the 2020-21 Bundesliga season wasn’t panic-button worthy, especially considering his respectable 6.81 rating. But a dismal loan to current Bundesliga bottom-feeders Werder Bremen saw the 22-year-old shipped off to Fiorentina in Serie A for a third of his initial transfer fee. Perhaps a lower level would do him better?

In by far the most promising scenario, David blossoms across the border in Holland. A solid 2020-21 leads into an eight-goal, three-assist second season with Ajax. David adapts a more well-rounded approach with his new club, becoming comfortable at central midfield and scoring most of his goals from further back.

As expected, David doesn’t see much of the field at Camp Nou in this simulation. Scoring two goals in seven appearances for Barca’s first team, David was loaned out to Celta Vigo to complete a less-than-promising first season. A second-year loan to Getafe appears much more promising, though David doesn’t grow much as a player.

This is too big of a step both virtually and in real life – but worth it to see what could happen!

Huh. Three appearances for Inter, no goals, value drops to 8.75 million and, wait, he scores just once for Canada over World Cup qualifying and a Gold Cup!?

David has been linked to Arsenal for weeks, so it’s worth taking the Canadian to London for a couple of seasons. He performs incredibly well: a three-goal, three-assist opening season sees him sent on loan to Southampton, while a second season at Emirates Stadium appeared even more promising (look at that 7.08 rating!) but a serious hip injury sidelined him for months. He still breaks Canadian all-time scoring record, though, leapfrogging Dwayne De Rosario with 23 goals by 2022.

Sorry, everyone: David’s dream club combo with Alphonso Davies is not to be… yet.

David makes nine appearances for Bayern in this simulation before being shipped off to Bayer Leverkusen. No goals, no loan spells, and David’s in-game value halves from his $30-million price tag. Not exactly the immediate success his Canadian counterpart experienced with the German giants.

How about a German team without a massive reputation?

RB Leipzig proves a fantastic home for David as a super-sub. With six goals and four assists across two seasons, David largely came off the bench to play as a second striker or winger – current Leipzig striker Timo Werner ate up most minutes at forward. It’s a growth stage for the young David, who develops his pace and quickness into a Bundesliga-worthy weapon.

Call this a safe bet. David continues to shine at Gent as he remains with the Belgian side for two more seasons and sees a steady improvement across several attributes thanks to an above-average rating and two multi-goal, multi assists seasons. He bagged five goals in eight World Cup qualifying matches, too.

But, by then, he’s the club’s highest-valued player and is begging for a move.