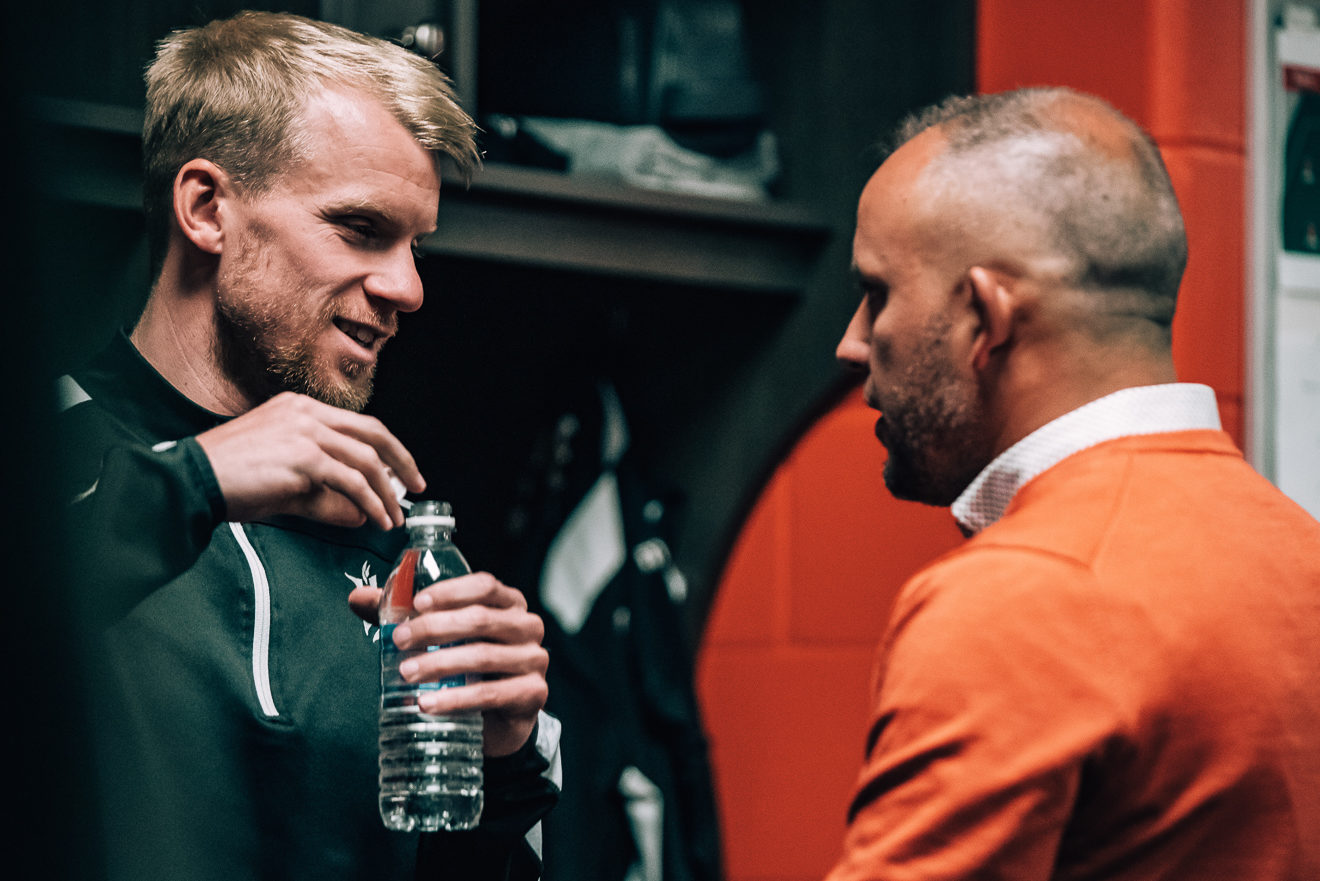 HAMILTON – Thursday will be unlike any other day in the short history of Forge FC.

Antigua GFC comes to Tim Hortons Field for the CONCACAF League Preliminary Round, opening the first continental campaign for any CPL side. There will be two legs, a home and an away match for each squad, and a date with CD Olimpia out of Honduras awaiting the winner.

Just as it is for CanPL clubs on the whole, Thursday’s CONCACAF League tilt will be a new experience for many on Forge’s roster.

“I wouldn’t say the guys are nervous,” said Smyrniotis. “I would say they’re looking forward to it. It’s not necessarily excitement either, more just wanting to be a part of this great test ahead of us.

“It’s an honour to be apart of this and something our guys want to continue doing so it’s just a matter of playing in these next two games but pushing our selves to move beyond this. The focus is just how we have prepared for every team in the league and the best strategy to win a game, I think that’s what we look forward, too.

The Guatemalan club has had a few players square off in international play, while Forge FC sport two CONCACAF veterans themselves: Kyle Bekker and goalkeeper Quillian Roberts.

Captain Bekker completed in 2012 CONCACAF World Cup qualifying and the 2013 CONCACAF Gold Cup as a 22-year old. Though, that aforementioned experience is what he believes is the main difference from those prior challenges he had in the past.

“I think the big thing off the bat is the majority of our team hasn’t played in it before, it’s a tough competition, anytime your playing teams from CONCACAF they know how to compete, they know how to play the game,” Bekker said. “They’re coming here knowing they have a job to try and give themselves the advantage in the second leg at home.”

While the second leg of this competition tends to be the make or break in nearly every two- match round, (just look at the past semi-finals from UEFA Champions League), it is the first leg that Bobby Smyrnitios has his eyes on.

“Heading down to Central America is always a tough place to play, we have some guys who have played down there and some who haven’t so sometimes if you haven’t played somewhere, you can go into that match with a clear mind, I think that’s a positive for us, but first and foremost Thursday is very important in order to take care of that game with a clean sheet and a victory.”

Whether Forge FC would make some changes heading into their match on Thursday, following a 1-1 draw against FC Edmonton on the weekend, Coach Smyrniotis was more secretive of their adjustments saying, “We have identified certain areas of the game and where we will be focusing on.”

Even after seeing film on Antigua GFC, Bekker believes his team doesn’t really need to switch up anything drastically.

“I think it’s just sharpening things up when we have the ball, especially building out of the back,” Bekker said. “I thought we were a little stale in the past game against Edmonton so I think it’s just improving in that aspect of the game. I think the big thing we need to work on is just our mentality, I think we’re going into a very tough home and away and away goals are huge in this competition.”

With Forge FC not knowing much about the Antiguan team, from their film studies Forge and Bekker are already focusing on the attack of their opponent, they know how to press and have a very good striker and some good guys on the wing. “They’ll be very dynamic in their attack and how they go about things,” said the Forge FC captain.

Teams will be training and watching the film as they get ready for both of their clubs debuts in the CONCACAF League, which comes back to the focus of experience. Forge FC have played in 17 matches, training together for over five months. Antigua GFC, on the other hand, have just started their season.

“I think the one thing we have to our advantage is we’re in the middle of our season and have had that game fitness where they’re just beginning. I think in that aspect we have an advantage but we still expect them to be sharp,” said Bekker.