Rob Gale’s role as Valour FC head coach, general manager, frontman and chief alchemist has already had him spending hours upon hours mixing would-be formulas and various concoctions in putting together his first ever squad.

The Canadian Premier League has the motto ‘For Canadians, by Canadians’ and Gale’s Valour side certainly already has a healthy dose of homegrown content.

But the Valour boss has also dipped into the international market by signing English forward Stephen Hoyle, Belgian goalkeeper Mathias Janssens, and now Croatian midfielder Josip Golubar, a 33-year-old who was added on Valentine’s Day.

“First of all, he’s someone that’s going to play right in the middle of the park with the technical quality we wanted,” Gale said.

“And as we’ve looked at our squad and the age groups, we felt we needed a couple of senior players just to balance it out. With the number of professional games he’s had at a good level he checked all of the boxes for us. It’s not just the character and intelligence and the technical capacity, it’s the leadership and experience.

“It’s having an old head in the middle of the park that is going to be very useful for us.”

Golubar certainly does have some meaty credentials. He’s appeared in over 400 professional games and 200 matches in the top division in Croatia. He has spent the last two years with his home club, NK Varaždin and has also played with RNK Split, Lucko, Zavrč, Olimipija SV Stegersbac and various clubs in the Burgenland Ligan (Austrian 4th Tier).

“Once you add it up, he’s probably played as many games as the rest of our squad put together,” Gale said. “That’s exactly what we’re looking at. You’re coming into a new league and there’s going to be a number of young professionals starting out, some who have been around professional teams but maybe haven’t had that big-game experience. That was a big factor for us to try and find someone who can come in and lend that experience to the younger players.”

All this isn’t to say that Valour FC won’t already have experienced voices in the room, like Skylar Thomas, Hoyle, Jordan Murrell, Dylan Sacramento and Tyson Farago. But experience and leadership doesn’t just come in the form of a rousing pre-match speech. It can come from a player just having been there/done that. 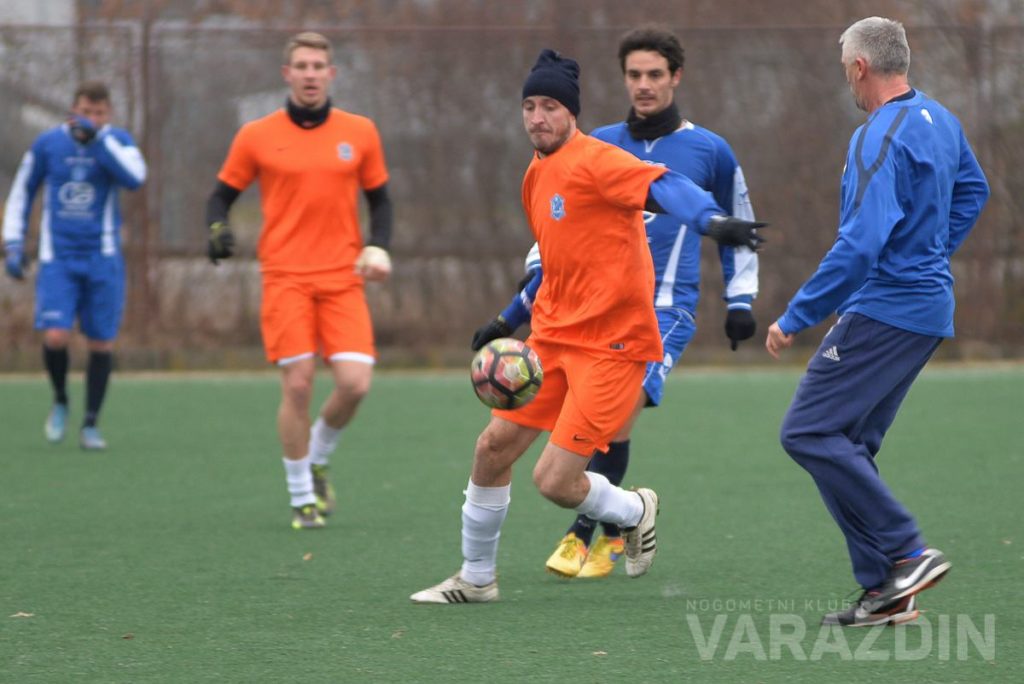 “We’ve got our leaders. What we wanted was experience. For us, his leadership will come from knowing what it takes to be a professional day in and day out,” Gale explained. “You’ve got a 33 year-old in the dressing room … he knows. You don’t stay in the game that long and keep yourself as fit and as well maintained on and off the field as he is without bringing those qualities.

“It’s about our players seeing his nutrition, sleep, hydration. It’s what they see from him on a daily basis that they can learn from him. We can tell them, but they have to be able to see it and learn from it.”

Gale said Valour FC became aware of Golubar after their scouting network tossed out his name as a possible fit.

They did their film work on the Croatian and some background checks, all of which were positive.

“He glides across the field,” Gale said. “That’s what we liked about him. He’s not playing on some of the most spectacular fields in the world when you look at the European fields and he still seems to be able to float across the park.

“And believe me,” Gale added, with a grin. “We’ve got a few more irons in the fire for players, too.”