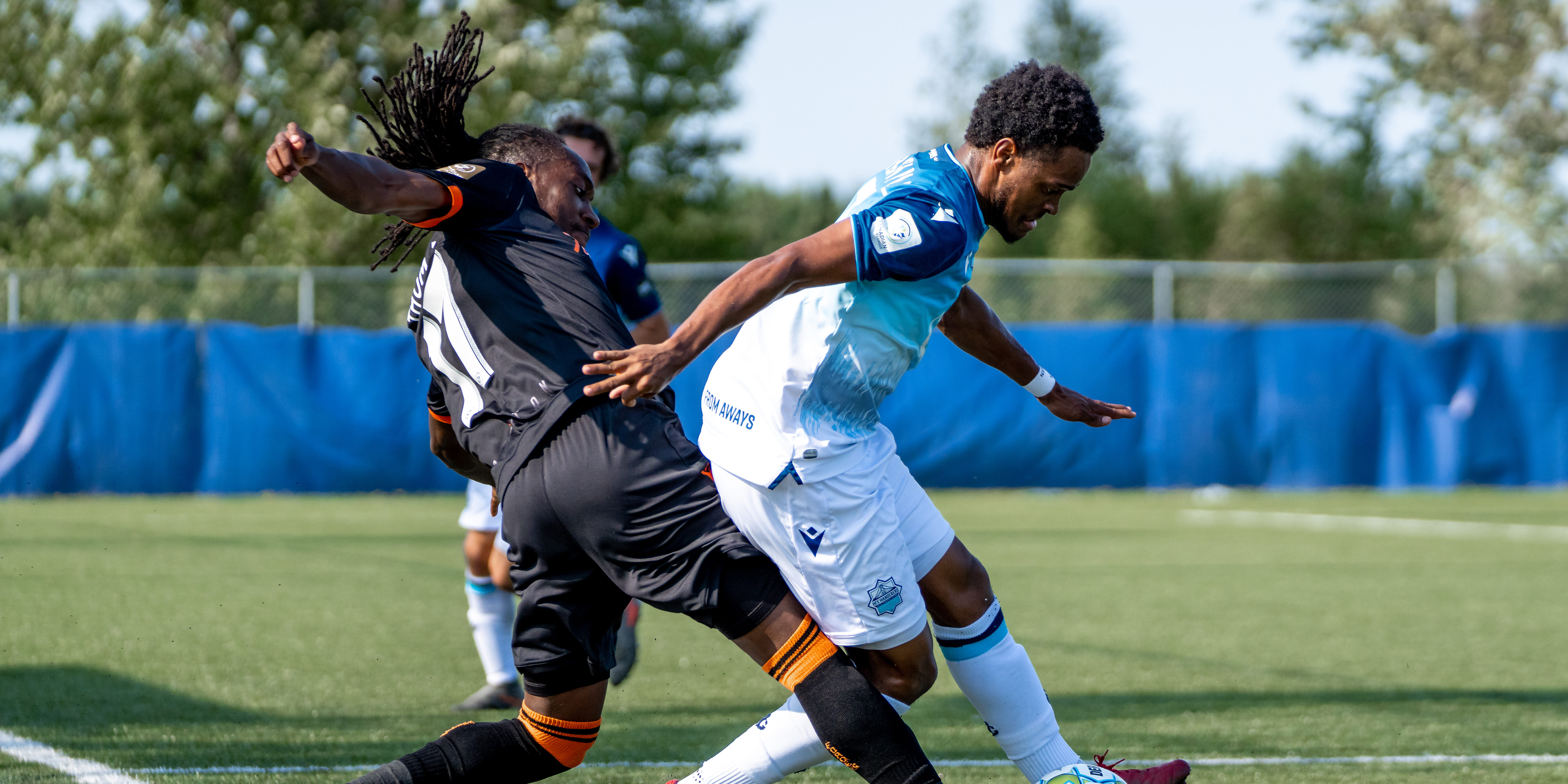 It took a while for HFX Wanderers FC newcomer Alex Marshall to land in the CPL, but once he did he hit the ground running.

Because of COVID-19, Marshall was late to arrive in Halifax from his native Jamaica, giving him only two weeks to integrate with the team prior to travelling to Prince Edward Island for The Island Games. The 22-year-old played a key role throughout the tournament, providing two important assists for the Wanderers and helping his team finish in second place overall.

The club was so impressed with Marshall that it triggered the first of two one year contract options on him going into the 2021 season.

Marshall spoke with CanPL.ca about his experience with the Wanderers so far and the impact it has had on his life and footballing career.

Could you walk me through your initial experience coming to Halifax?

AM: Well, I didn’t get to see much (of the city) coming in during quarantine. When I got back [from the Island Games] I got to see Halifax a bit more. With the team, I realized on the first day that these guys are wonderful bunch of players – not just players but individuals. It felt like I had been there for the entire time during quarantine. That’s what really stood out for me when I got there.

In committing for the 2020 season, what drew you to want to play for the HFX Wanderers?

AM: The fans to be honest. It looked like a good place to be and the coach told me about the other Caribbean players that would be there. So yeah, it was a good transition for me because it’s rough to leave a completely different culture to go somewhere and not know what to expect. I think Akeem (Garcia), Rampy (Andre Rampersad), coach (Stephen Hart) and Jan (goalkeeper coach Jan-Michael Williams) really made [the transition] better for me.

Did you have any fears playing abroad for the first time?

AM: I wasn’t really afraid; I knew that I really wanted to leave Jamaica so even if it was a small opportunity, so I couldn’t fear it. I knew it was a risk I had to take but I was really excited about Halifax especially. Canada is still in North America so we’re not that far and I knew there was a bit of Jamaica in Halifax already. So it kind of feels like home now.

How was it leaving your family, especially with your son being born so close to the time you left Jamaica?

AM: Being over the phone instead of in person was really hard and not being able to (hold) him and stuff like that but his mom actually helped me with that – she sent me videos and stuff and kept me in the loop. I got to see how he was growing up and that was really helpful, and pictures that Danielle (the team’s physiotherapist) gave us really helped me because I could look at the picture and be like ‘yeah, that’s my son’ and it kept reminding me that I had someone at home relying on me.

Now that you have a son in your life, does that change your approach to your career as a footballer?

AM: Even before I knew in my career what I wanted, but now I’m actually even more motivated and I know what I have to do because I have someone depending on me.

Beyond club football you’ve played for Jamaica’s national tam as well. Can you tell me about that experience?

AM: First story that I have is actually that my first game was against Trinidad. The experience has helped me realize, with the whole transition to the Canadian Premier League, that I knew exactly what I was supposed to do (on the tactical side) for Jamaica because our game isn’t as tactical as the national stage or from outside Jamaica. I think the willingness to press and to track back with your players at the national level really helped me understand what to do outside of Jamaica.

Coming into camp later than the other HFX players, how was it trying to integrate with the team?

AM: Even before I came, coach (Hart) had these Zoom calls showing us what he was looking for, so that definitely helped me. Being there and the players welcomed me with open arms and I felt in a happy place and once you’re in a good mood and you’re happy, work will get done. So that really helped me and between the coaches and everybody around the team – they were all excited to have me there and that’s what helped me to adjust as quickly as I did.

How excited are you to have the chance to play at Wanderers Grounds in 2021?

AM: I can’t wait! I’ve been there twice and the grass is amazing. I can imagine (playing on) the grass and in front of the fans and that experience there. I’m looking forward to it.

Who was your inspiration when you were growing up?

AM: Lionel Messi. Today I’m into watching Arjen Robben, but Lionel Messi and Mesut Özil are two of those players that I like watching – they make me want to be a better player and when I see them do something I try it in a game. My family really helped me too – they pushed me to go to training. My Mom was always right there pushing me to go to training and stuff like that.

Now that you’ve spent some time in Halifax and you’re going to be coming back soon, are you looking forward to experiencing your first winter with snow?

AM: Akeem and Rampersad say it’s going to be a bit rough, but if this is a life I want to live – it’s my dream to play outside of Jamaica – then I know it’s going to be colder if I go there and I’ve never played in snow before or during the cold times. But I’m open to this experience and hopefully I adjust to it.

When you come back and have this first experience with snow, is there anything you’ll try that you haven’t had the chance to before?

AM: There was a day when I was there that it snowed but I (didn’t get the chance). But I really want to make a snow angel. That’s definitely one thing I’ll have to do.

What else do you look forward to accomplishing in 2021?

AM: Being there hopefully I’ll score more goals – that’s the aim – the aim is to help the team whether that’s assisting or scoring the goals. Last season was a bit difficult because I came in late because of COVID and everything, but being there earlier now will actually help me to gel more with the team and know exactly what I have to do and I won’t be in a rush to do it.