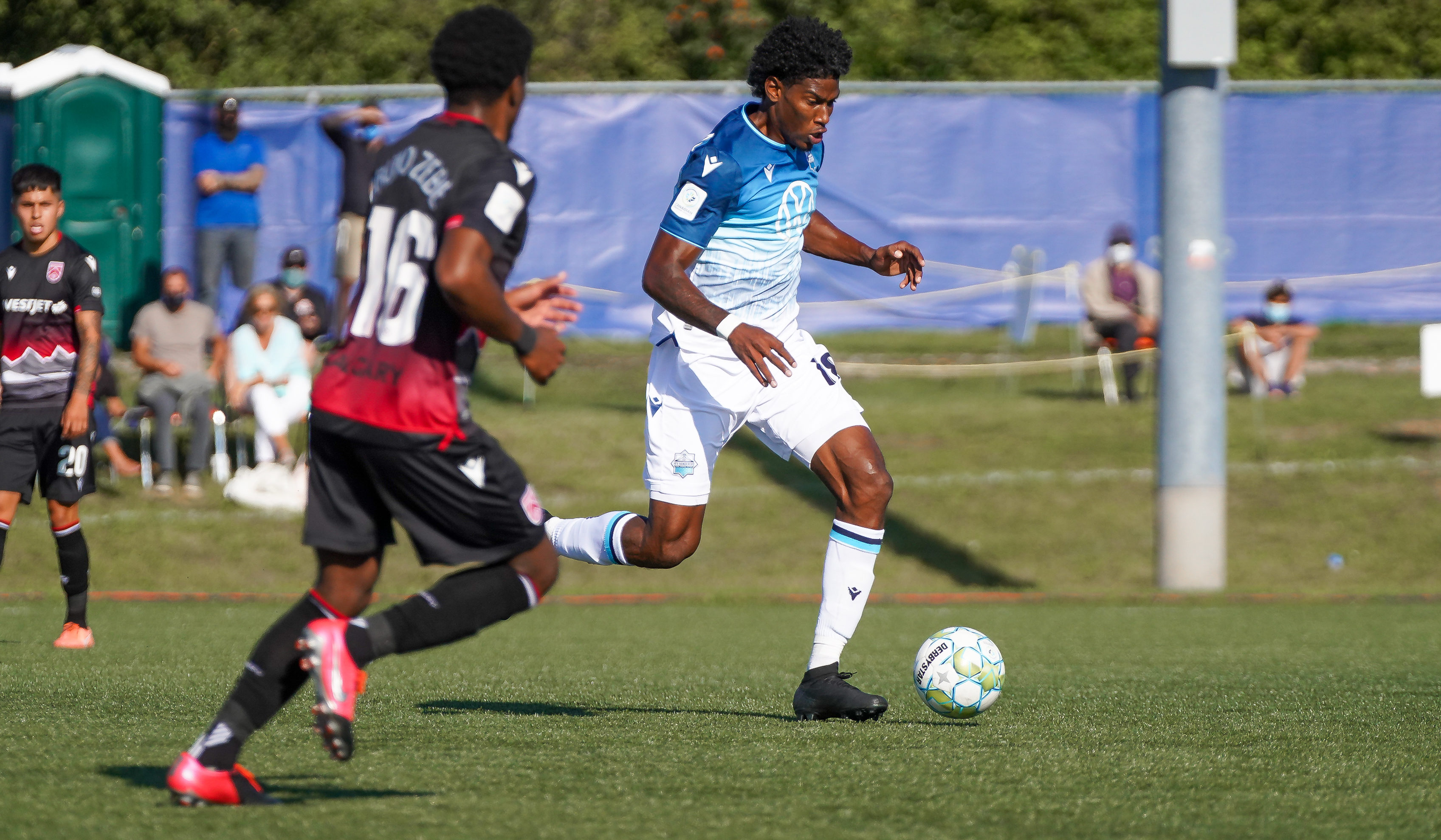 HFX Wanderers FC supporters would agree that Andre Rampersad has proven to be a breath of fresh air for Halifax’s professional soccer team.

Rampersad is set to return to the Wanderers under a new contract after the Trinidadian midfielder committed for another two years, with a club option for 2023.

CanPL.ca contributor Dylan Lawrence caught up with Rampersad to discuss the factors that impacted his decision, as well as what the city of Halifax now means to him.

Dylan Lawrence: You’ve signed a new contract with the Wanderers. What helped with that decision?

Andre Rampersad: Reaching the finals last season was a big thing for us. I know the majority of the guys are going to be back and we’re going to have our next chance to make the final. So it was an easy decision for me to make the decision to come back.

You’ve committed for a couple years. What was a key factor in that decision?

AR: Yeah, almost three years. I met my girlfriend here in Halifax and with everything going on, you don’t know what’s going to happen in the world tomorrow, right? So being in Halifax, feeling safe and feeling loved definitely helped me with my decision to (stay)… and for that long.

Since the CPL’s inaugural year, how has it been having others on the team from Trinidad?

AR: It just makes it so much easier on you as a player. So much more comforting because if you have problems, it’s easy to go to these guys and they help you out, talk to you and especially Stephen and Jan as coaches. You can go to them and get a straight-up answer on what you can work on or what you can do to get better.

I know you’re close with your grandmother, so how hard is it being away from her and the rest of your family?

AR: It’s pretty tough, but she wouldn’t want anything else than for me to be living my dream and doing it to the best that I can, as long as it takes. I definitely miss her a lot and I know she misses me, but she knows the cause and she knows the reason. She wouldn’t tell me anything different than to go out and live my dream.

You’ve mentioned how welcoming the people in Halifax are, but could you try to explain what is so special about the community here that makes you feel that way?

AR: Well, it goes back to the first season when I got here. Kind of like being a nobody, coming into a team where you want to win something, and the people don’t really know you but they welcome you (anyways). Last season we didn’t do as well and they stuck with us. Even now throughout the pandemic they’ve stuck with us, didn’t cause a riot about not getting to see games, they just continue to support us as much as they can. To see that amount of support… it’s impossible not to fall in love with people like that. It’s an amazing thing that this city has and the people here. They continue to be so genuine and so nice.

Interesting to hear you say you came here as a nobody. I actually don’t know much about this, but what is the story of how you started playing professional football?

AR: I started playing professionally – if you want to call it that – I was playing second division in Trinidad with my old team, FC Santa Rosa. Derek King came in as the coach for that final season before we got (to Halifax). Derek King was known for winning a lot and he’s been in championships before and worked with the Trinidad national team and all that. So yeah, he saw my ability and said ‘you know what, I’m going to give this guy a shot’. He then brought Stephen Hart over to watch and he saw me and he was impressed and said he would give me a chance. That sums up what these guys are about; giving guys chances. If you want it, you take it. If you don’t then you made the mistake and you go back to where you started.

You used to play cricket growing up, didn’t you?

AR: Yeah, I was actually in the primary school that I went to, I was the captain. The excitement behind it wasn’t as much growing up as the football, right? So I stuck with the (football) and I was doing pretty well at that age, so I eventually fell in love with it and said, you know what, I’m going to stick with this.

What age were you when you decided football was the path for you?

AR: I was probably 12 years old, just leaving the primary school to go to secondary school. It wasn’t long before I joined (FC Santa Rosa) and it became serious after that.

With the sad news of Diego Maradona’s passing, can you talk about the influence he had on you personally as a footballer?

AR: Just going back to when I was younger, my uncle was a big Pele and Maradona fan. He used to have tapes of them on the VCR and even sit me down and show me how they train and all that. For me, it was complete motivation that came from that. I never got to see him play but I see the clips from YouTube and whatever but these guys mastered the game and motivated the young ones coming up. As you can see now he’s passed away and the world is going crazy. That’s the influence these guys have on not just the sport but the world as a whole and kids growing up.

What do you hope to inspire in the next generation of football players that come up in the city of Halifax?

AR: What comes with the [responsibility] is that grit and the winning mentality that every day you’re not going to be second, you’re going to be first every day. It might not happen every day but just thinking about it and wanting to come first every day makes it so much better. You just keep fighting and regardless of what comes your way, you can overcome the hurdles and look to improve every day. What I try to do to inspire the kids coming up is to remind them that you’ve got to work hard – it’s not going to come easy. The world of football shows us this every day, whether you’re the best or not, if you’re willing to work harder than your opponent, you’re going to get the result.