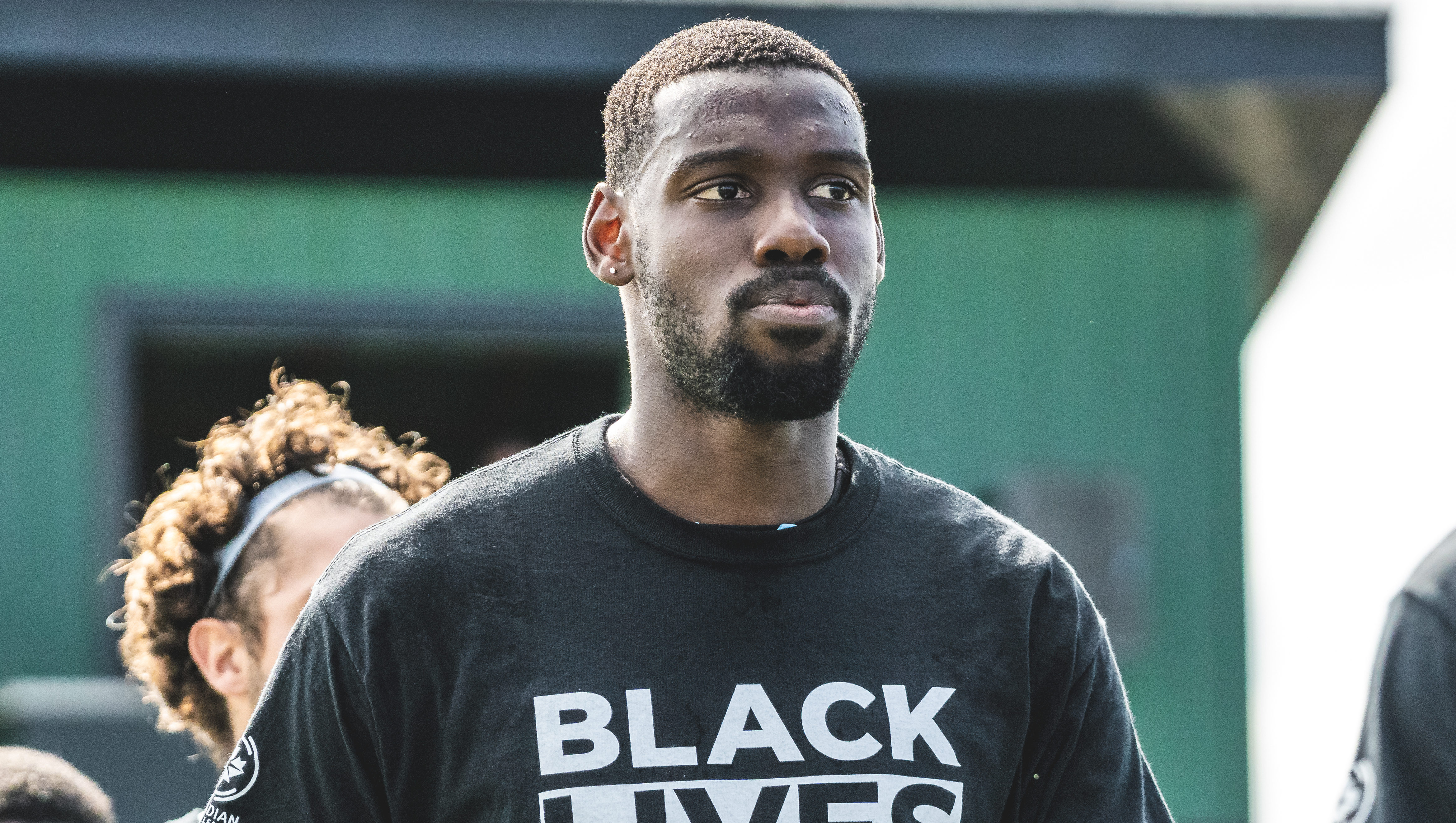 HFX Wanderers defender Jems Geffrard has been called up to the Haitian national team ahead of their World Cup qualifying matches in June.

Haiti will take on Turks and Caicos Islands in an away game on June 5th, before returning home to their capital city Port-au-Prince for a home game against Nicaragua on June 8th.

“It was a relief to get the call,” Geffrard told CanPL.ca before departing Halifax on Friday. “It’s a great feeling. I really wanted to play this window and the summer’s Gold Cup, too.

“Considering I haven’t played a competitive game since the end of the Island Games, this shows the program really trusts me which is also a great feeling.”

Haiti are currently third in Group E of Concacaf World Cup qualifying, with three points after winning their first game against Belize. Nicaragua sit in first on goal difference, and Belize are in second by the same tiebreaker, but Belize have played one more game than the other two teams. Turks and Caicos Islands are in fourth with 0 points and have already been eliminated, while Saint Lucia withdrew from the tournament.

Geffrard, 26 has made 14 appearances for Haiti since making his international debut in 2017, and was in the squad at the 2019 Gold Cup. He played 90 minutes alongside current Valour FC defender Andrew Jean-Baptiste at centre-back in a famous 3-2 comeback win over Canada at that tournament.

“Canada and Haiti is a good rivalry,” Geffrard said. “It’s different for me, being I was born in Montreal. It’s like beating your brother.”

Should Haiti finish top of their group, they could play Canada in the next round of qualifiers, a fixture which would also depend on Canada winning Group B. The winners on Groups B and E will square off in a two-legged tie against one another, with matches set to be played on June 12th and June 15th.

“Anytime we as a club can show we’re an international pathway is a good story for us,” HFX Wanderers vice president of football operations Matt Fegan said. “Obviously Jems played for Haiti before us but this is just a good story across the league – we’re at the level we’ve got international footballers in the league.

“The players just had a call saying good luck to him – we’re pretty pumped that he’s going. We’re hoping he does get to play against Canada because that will be a great chance to see him compete.”

Geffrard joined HFX ahead of the 2020 season, and made 10 appearances for the club during their run to the CPL Final. He’s the second CPLer confirmed for international play this June window, with Atlético Ottawa winger Ryan Telfer joining Trinidad and Tobago.