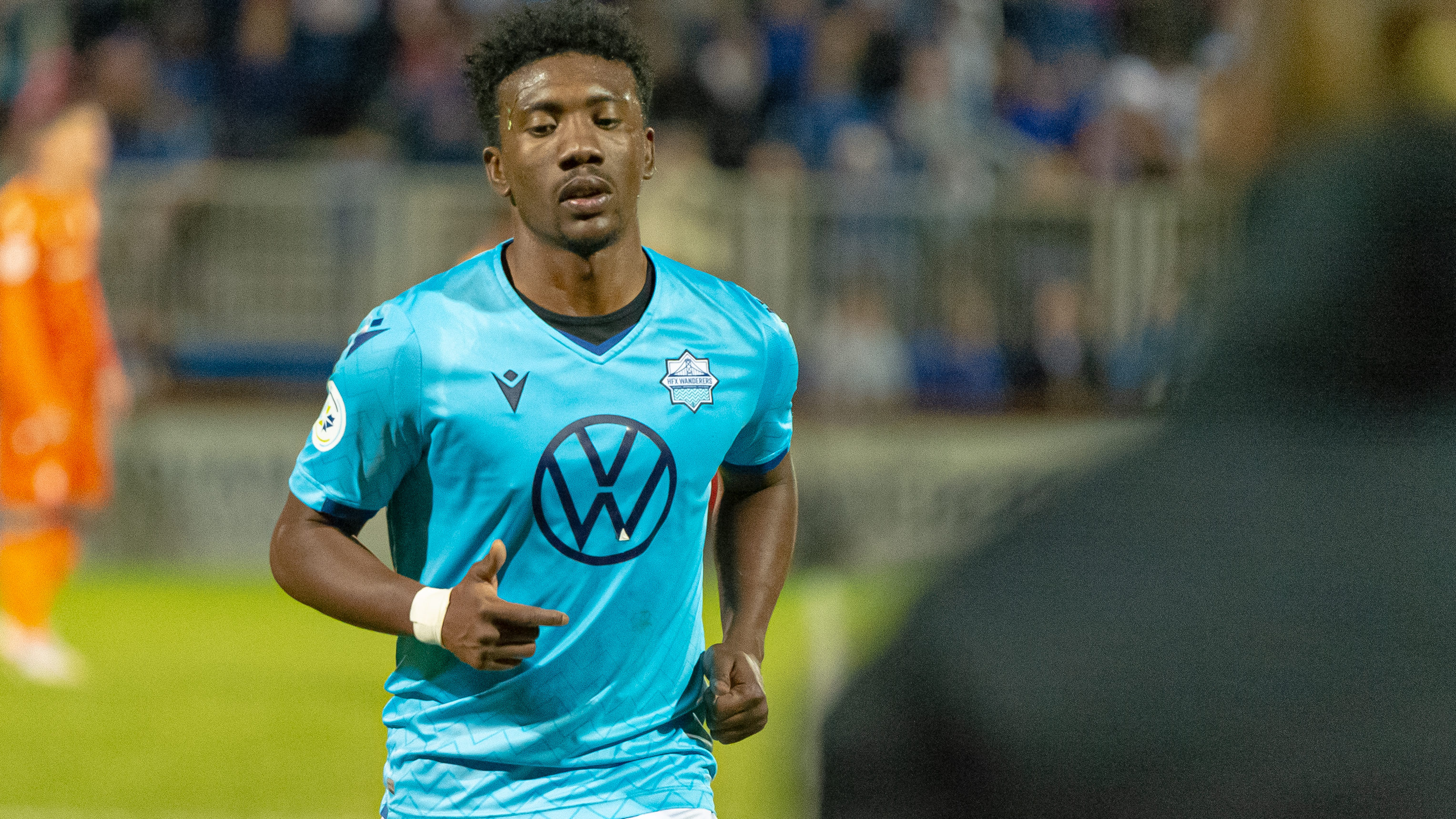 HFX Wanderers FC completed an important piece of off-season business on Thursday, announcing it has re-signed striker Akeem Garcia for the 2020 CPL season.

Garcia was one of the few bright spots for a Wanderers side that finished last in the overall league standings in 2019. He scored a team-high seven goals in 24 league games for Wanderers, and added one goal in four Canadian Championship appearances.

The 23-year-old from Trinidad also wrote his name into the record books when he scored HFX’s first ever goal in their home opener against Forge FC in front of a sold out crowd at Wanderers Grounds.

Combining pace and a sharp soccer IQ, Garcia was a constant threat for opposing defenders around the league during the season, so it hardly comes as a surprise that the Halifax club was keen to bring him back.

“It’s a good feeling, I’m excited and I just want to finish where I left off and score more goals and hopefully we can go for the title next year,” Garcia said of inking a new deal with the Wanderers.

Coach Stephen Hart explained bringing back his top scorer was an important step in building the spine of the team for the 2020 CPL campaign.

“He made significant contributions and I’m happy he decided to return. Akeem’s willingness to run the channels and score goals is extremely important to us,” Hart said.

After playing for a number of clubs in his native Trinidad and Tobago, Garcia joined Wanderers last January, along with countrymen Jan-Michael Williams, Elton John and Andre Rampersad as the club’s first international signings.

Garcia’s impressive performances in the CPL didn’t go unnoticed back home. He earned a national team recall and made substitute appearances in a Concacaf Nations League match versus Honduras and a friendly against Venezuela last month. His only previous appearance for the Soca Warriors came in 2015.

Garcia explained his development with the Wanderers this season helped him get back on the radar of the Trinidadian national team coaching staff.

“The Trinidad and Tobago call up was everything to do with Halifax Wanderers and it helped my game playing against better players, so I’m thankful to Halifax and the coaching staff,” Garcia said.

Garcia is the second Wanderers player to commit to the club for the 2020 CPL season. On Tuesday, the team announced it had re-signed rookie goalkeeper and Halifax native Christian Oxner to a new deal.