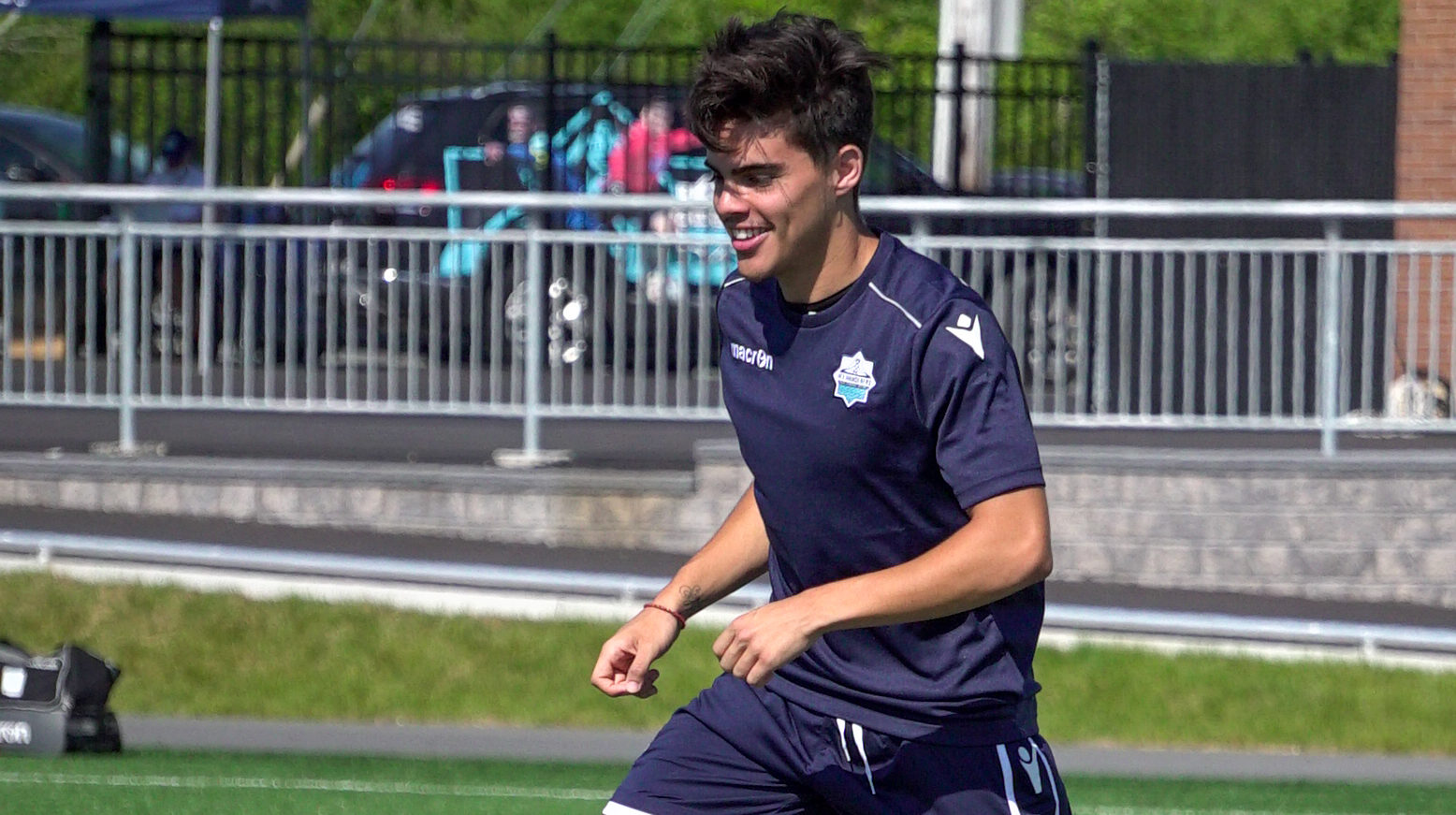 Doctor Mateo. That has a nice ring to it, no?

Who knows, maybe fans inside Wanderers Grounds will one day dedicate a chant to HFX Wanderers FC fullback Mateo Restrepo – to the tune of Will Grigg’s On Fire.

The CPL newcomer’s dreams of being a professional soccer player and a doctor go hand-in-hand – and he’s not ready to give up either, especially after signing with HFX this winter and recently completing his undergraduate degree.

“I just know that football won’t last forever and I think I could be a good doctor someday,” Restrepo told CanPL.ca. “I’m taking all of the steps up until, well, I absolutely have to make a decision.”

The 23-year-old graduated from University of California at Santa Barbara – one of the top public universities in the United States – a few weeks ago with a degree in biology. Schooling and football went together there, too, as the midfielder made over 60 appearances for the NCAA Division I side. The Gauchos regularly attract over 10,000 fans per game as one of the top teams in the Big West Conference.

“Whoever is reading this, look up the UC Santa Barbara campus,” Restrepo said as he recalled the first time he saw the seaside university. “Once I saw the campus it was like ‘yeah, this is an amazing school.'”

From arriving to Canada as an immigrant, to representing Canada at the national team level ⚽️to graduating from one of the best public schools in the United States, I can truly say that all things are possible when you put your mind to it. We made it 👨🏽‍🎓 pic.twitter.com/ou3GidDJ0o

Born in La Ceja, Colombia but raised in Toronto, Restrepo stared for Toronto FC’s League1 Ontario outfit, TFC 3, helping them to win the championship in 2014 and making the league’s best XI. After briefly appearing for the club’s USL affiliate TFC 2, Restrepo moved to FC Ingolstadt, appearing in the Bundesliga’s under-19 side and later made a connection to the southern Californian school.

“It was all to have the prerequisites for medical school. That’s my long-term goal, I want to become a doctor and I’m studying for my MCAT right now,” Restrepo said of the standardized medical test needed to be completed by all Canadian medical students.

“We train two hours a day, do some recovery, and that leaves you with 10 hours of spare time. That’s what I’m focused on.”

As for medical school, Restrepo hopes to juggle studies and soccer at some point.

He plans to take a page out of other athlete-students including Montreal native Laurent Duvernay-Tardif, a Super Bowl winner and Kansas City Chiefs guard who completed his medical degree at McGill University in 2018. Montreal Impact midfielder Shamit Shome also comes to mind – he just wrapped up an engineering degree at Concordia University only a few months after enjoying a breakout campaign with the MLS side.

“Let’s say I stay in Halifax for a few years – I could link up with Dalhousie and go to med school here while staying with the Wanderers. That would be an ideal scenario,” Restrepo said. “Med school is pretty rigorous, to be fair. I’m just taking it one step at a time. I had a fantastic undergrad at a great school.

“I’m taking a page out of their book to see what I can do. Who knows, maybe I can come to some kind of arrangement with the universities about this?”

He sees Halifax as a potential long-term home, too, adding: “You feel the weight of being a Wanderer out here. It’s indescribable.”

For The Kitchen to one day chant “Doctor Mateo,” both Restrepo’s professional dreams have to come true. So, what happens if he has to choose one? What will that decision be?

“That’s one I haven’t answered myself,” he joked. “Maybe that shows, deep down, I want both.”