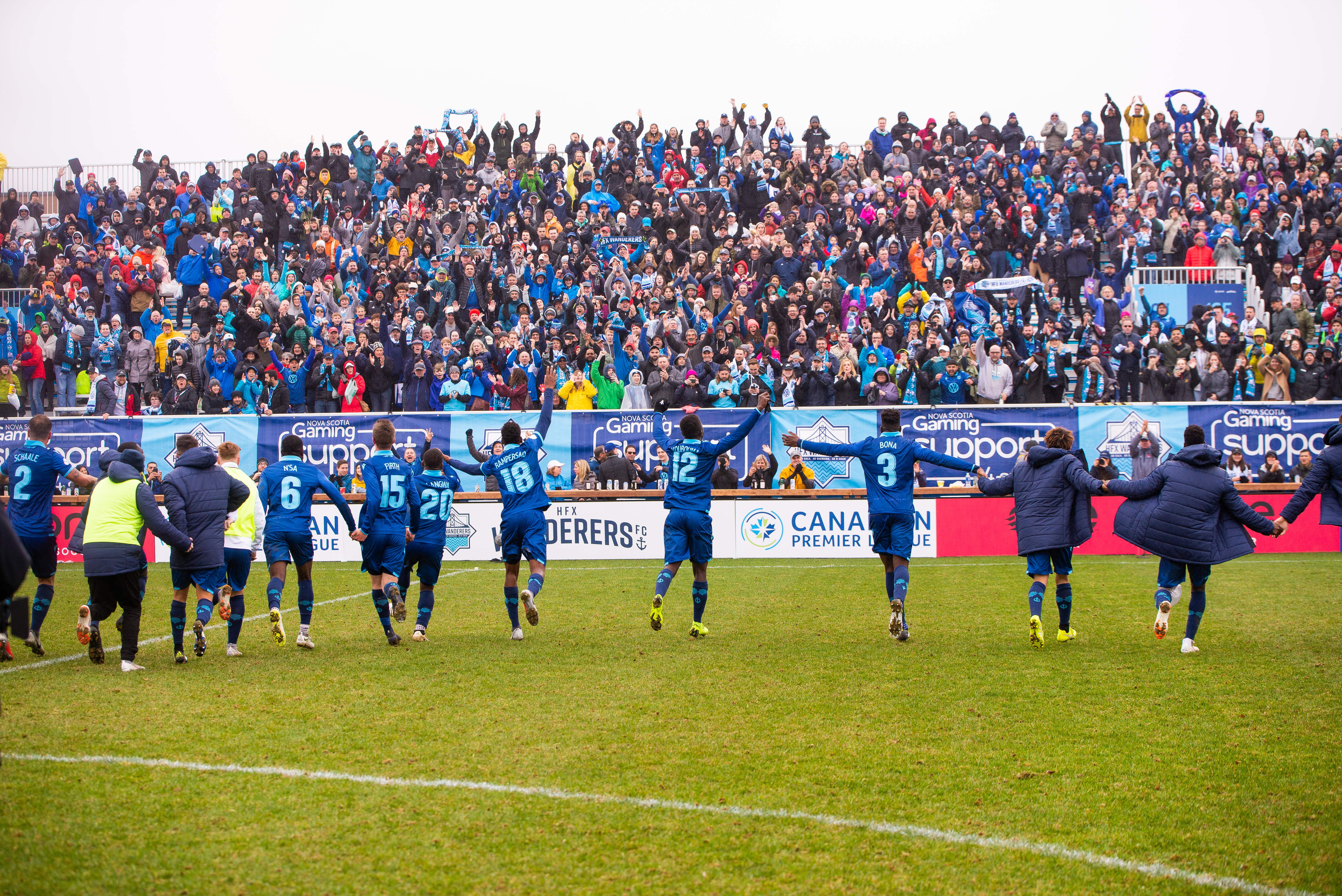 The Halifax Chamber of Commerce dealt out its annual Business Awards on Thursday evening, and the CPL’s own HFX Wanderers FC earned some love. The club was named the city’s new business of the year for 2019, with Wanderers club president and owner Derek Martin taking to the stage to accept the honour.

The Wanderers beat out four other businesses that kicked off in Halifax in 2019 to earn the nod, earning plenty of attention in the east-coast city for an inaugural season that featured a packed-out Wanderers Grounds almost every weekend.

Our President and Founder Derek Martin accepting the new business of the year award in Halifax.

Martin addressed the crowd at the Halifax Convention Centre on stage with a brief speech, praising the efforts the club has made in the Maritime community.

“I think sport teams really offer us an interesting opportunity to have a mirror that gives us a reflection of the community they exist in,” Martin said.

“The Wanderers, I think, represent the new Halifax. When I look out into a sold-out crowd, I see a young, diverse, multicultural, optimistic community — one that believes in the city today and where we’re going. So I encourage all of you to share in that passion that the Wanderers have, and really believe, and be a little bit stubborn in believing that we can keep shaping this city the way we want it to be into a place we’re all proud to call home.”

Although the Wanderers finished their first CPL season bottom of the table, they captured plenty of new fans in Nova Scotia (and across Canada) with the raucous “Kitchen Party” atmosphere on display in the stands.

A number of players who signed with the club this off-season, including midfielder Louis Béland-Goyette and defenders Daniel Kinumbe and Mateo Restrepo, have cited the atmosphere in Halifax as a major factor behind their decision to join the Wanderers.