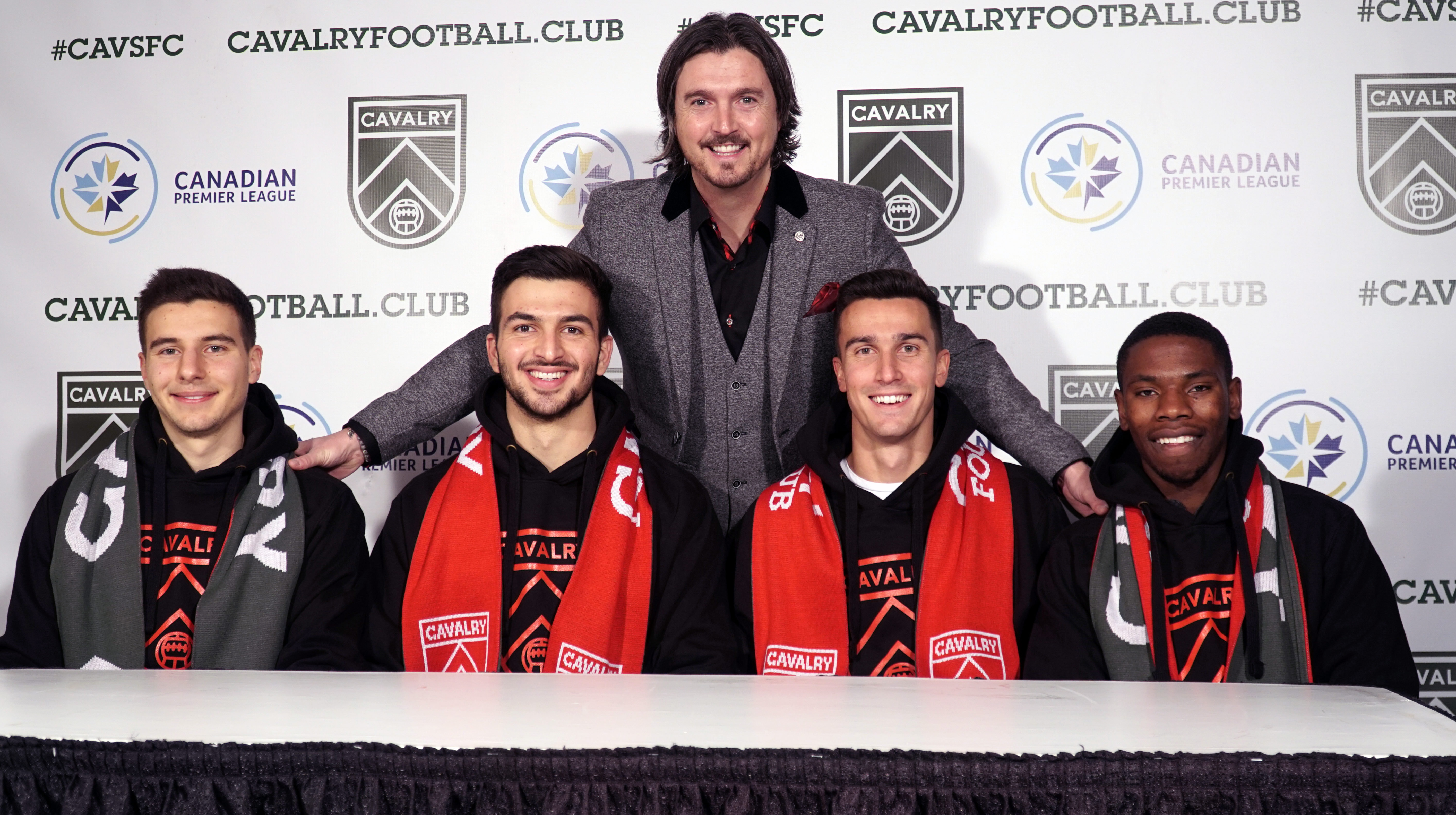 TORONTO — It isn’t lost on Tommy Wheeldon Jr. that many of the players who make up the current Cavalry FC squad were also involved with his USL League Two team, Foothills FC.

He and his coaching staff, comprised of Martin Nash and Jordan Santiago – also from the Foothills – know, full well, that familiarity can be a critical factor in success, especially in a new league.

That 10 of the 13 players currently announced by the Calgary-based outfit come from Wheeldon Jr.’s Foothills squad isn’t a coincidence, either.

“Like me, we’re all clicking the ‘Upgrade’ button,” Wheeldon Jr. told CanPL.ca, when asked about the early shape of his squad. “It does help to have them, because they know me and they know what I expect of them, and it helps to set a new culture, when you’ve got existing guys that know how things are done around the locker room and around the community.

“I think I’ve created a really good core of guys that I’m moving to the next route, and the understanding is that any new players coming in are going to be better than what we had last year.”

He added: “If I can get 40-50% of guys I previously worked with, then the next portion of that is going to be the difference in how we compete this year.”

That mark isn’t a knock on the overall talent in his Foothills team, either. Quite the opposite.

Wheeldon Jr. figures that, from the 23-man squad he had assembled last season, 17 or 18 would be signing professional contracts, whether within the CPL, or in other leagues.

He points out that other players in his team, such as San Jose Earthquakes draft pick Mamadi Camara, FC Edmonton’s Dylon Powley, Ajeej Sarkaria, and Bruno Zebie, and a few other still-to-be-announced signings from across the league have come through his own ranks.

He also points out that the players he has retained have garnered meaningful minutes in the USL, while also highlighting the developmental initiatives he implemented during his time at the Foothills, which saw young players like Elijah Adekugbe, Nico Pasquotti, and Dominick Zator come through this “path to the pros.”

“If they were graduating out of college like Joel Waterman is, for example, then they’d be deserving of this pro opportunity,” Wheeldon Jr. offered.

When asked if he believed his championship-winning Foothills team was built to compete at a higher level than the USL League Two, Wheeldon Jr. didn’t hesitate: “Absolutely. No doubt.”

In fact, he explained, the Foothills squad was built with that raised level of quality in mind.

“As soon as I was named Cavalry head coach and general manager, I turned that back to the players and said, ‘Look, this is your audition,'” Wheeldon Jr. said. “What better way to audition for a professional contract than right in front of the manager and the assistant coach Martin Nash and Jordan Santiago, that’s my coaching staff.

“The good thing was they had live auditions where I saw them in training, how they travelled, how they operated in the community, and how they performed on game day.

“Absolutely, they were above the (USL League Two) level, and if I’m only taking half of that squad with me, we’ll bring some good chemistry with us, too.”

Wheeldon Jr. has no reason to walk away from those auditions anything less than thoroughly impressed, either. His team won the USL League Two championship last year, finishing 1st overall and losing just once at home in Calgary. In the years before, his side dominated the 74-team league, finishing first or joint-first in 2016 and 2017, as well as a fourth-place finish in 2015.

“It’s a really good breeding ground and something that we want to invest in, that pathway,” Wheeldon Jr. offered, when asked about his time in the USL League Two. “In the next few weeks, we’ll be announcing the next layer of our development pathway because we believe in developing good Canadian players, and in order to do that, you need to take the necessary steps at the different age groups.”

Wheeldon Jr. has faith in his old crew, but that time spent together can also be an advantage in a league where so much of the factors that will determine success or failure – familiarity, chemistry, processes, etc. – are new and still being figured out.

So while the Foothills-heavy roster may not be par for the course around the CPL, Wheeldon Jr. has no reason to worry. He might just have a key advantage in his pocket.

“Well, that’s to tell through the test of time,” Wheeldon Jr. said, in response. “It’ll be how I perform as a head coach in picking the right players to come in, and how they perform and adapt to a longer season, with more demands and more eyes on them. But I’m confident in our group of guys, and I’ll always stand by the group of guys I’ve chosen to take with me.”

The result of that confidence will only come when the season is over. But for now, Wheeldon Jr. stands on steady ground.