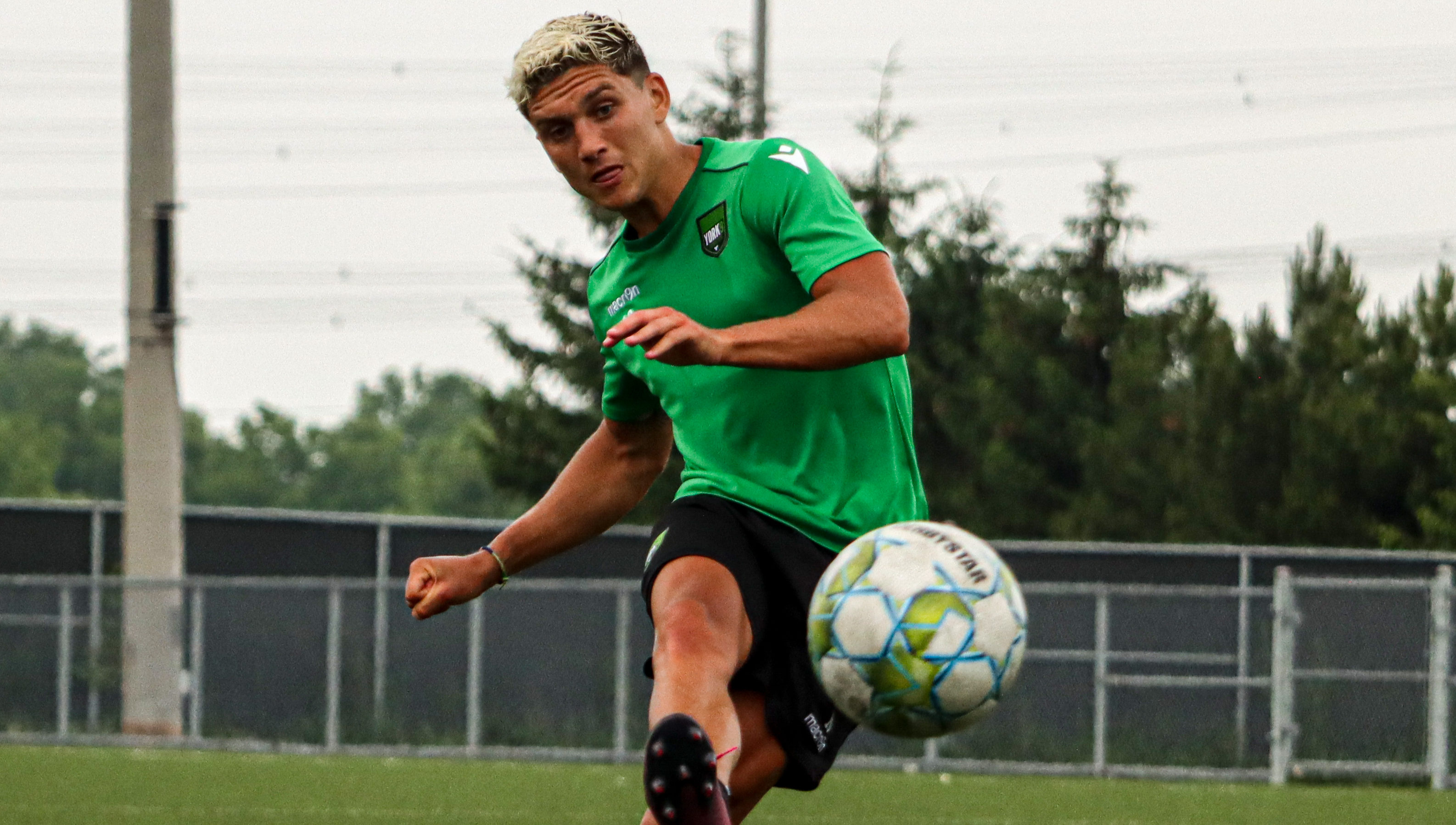 As Canadians slowly begin a gradual return to normalcy amid the COVID-19 pandemic, perhaps there’s something they can learn from Canadian Premier League teams and players.

Now one month into a return-to-training plan, CPL athletes are, for all intents and purposes, back to work – they’ve gone through the awkward first stages of self-isolation to reach a new normal.

York9 FC’s Manny Aparicio has made that adjustment, but he insists that a few key aspects are still missing.

“We’re back to the field, but not to the change room – you can’t stay and chat, or get a meal, get some banter in the changing room. That’s all gone,” Aparicio told CanPL.ca.

As the club’s captain, the 24-year-old Aparicio has entered an entirely new realm of leadership: How do you steer a team during a pandemic? How do you properly include everyone if, well, not everyone is allowed to be included?

“That’s something some of the veteran guys have been talking about – me, Mike [Petrasso], Chris [Mannella], Nate [Ingham], Joe [Di Chiara]. We need the banter; it’s what we miss the most and the kind of elements you need to be a competitive team,” Aparicio said.

“Some of the new guys we’ve just been training with for a few weeks, so it’s not the same. Messing around, getting that banter, it’s stuff we miss – and what we need to create that killer team chemistry.”

“A normal football thing would be the nerves before the game – you can help a young guy out easily,” Aparicio said. “But when it’s something like a pandemic, you can’t really force someone to feel okay about this.”

That uneasiness stretched back to their first days of training, Aparicio admitted. But filling out health questionnaires, having temperature checks, and going through the club’s multi-phase approach to returning has since eased concerns.

“It was kinda like the first time you went to the grocery store,” Aparicio explained. “You’re wondering what will happen, how things will go down, can I say hi to people, you hope people have been taking care of themselves as you have.”

York9 has brought that much-needed squad-building and camaraderie to the pitch. Take last Friday for example, when a spirited soccer tennis tournament came on the heels of a long week of training.

“Our coaches saw there was a bit of fatigue, so they put on a soccer tennis tournament to lighten the mood,” Aparicio said.

Footage of the relaxed session, and more content from York9’s social media channels, has helped bridge the “banter gap,” according to Aparicio, whose comedic scissor kick in the game caught the eye of teammates and fans alike.

“When I missed that bicycle kick, we were laughing and joking – but being able to see it and share with teammates after making such a difference. It’s banter – and you can see us in the comments joking around. It gets some good camaraderie going,” Aparicio stated.

“Even though we’re not able to connect, we’re still able to chat like that.”

Until a 2020 CPL season is announced, and players can return to their “change room banter” roots, York9 will have to find other ways to build a competitive squad harmony – and find the next new normal.