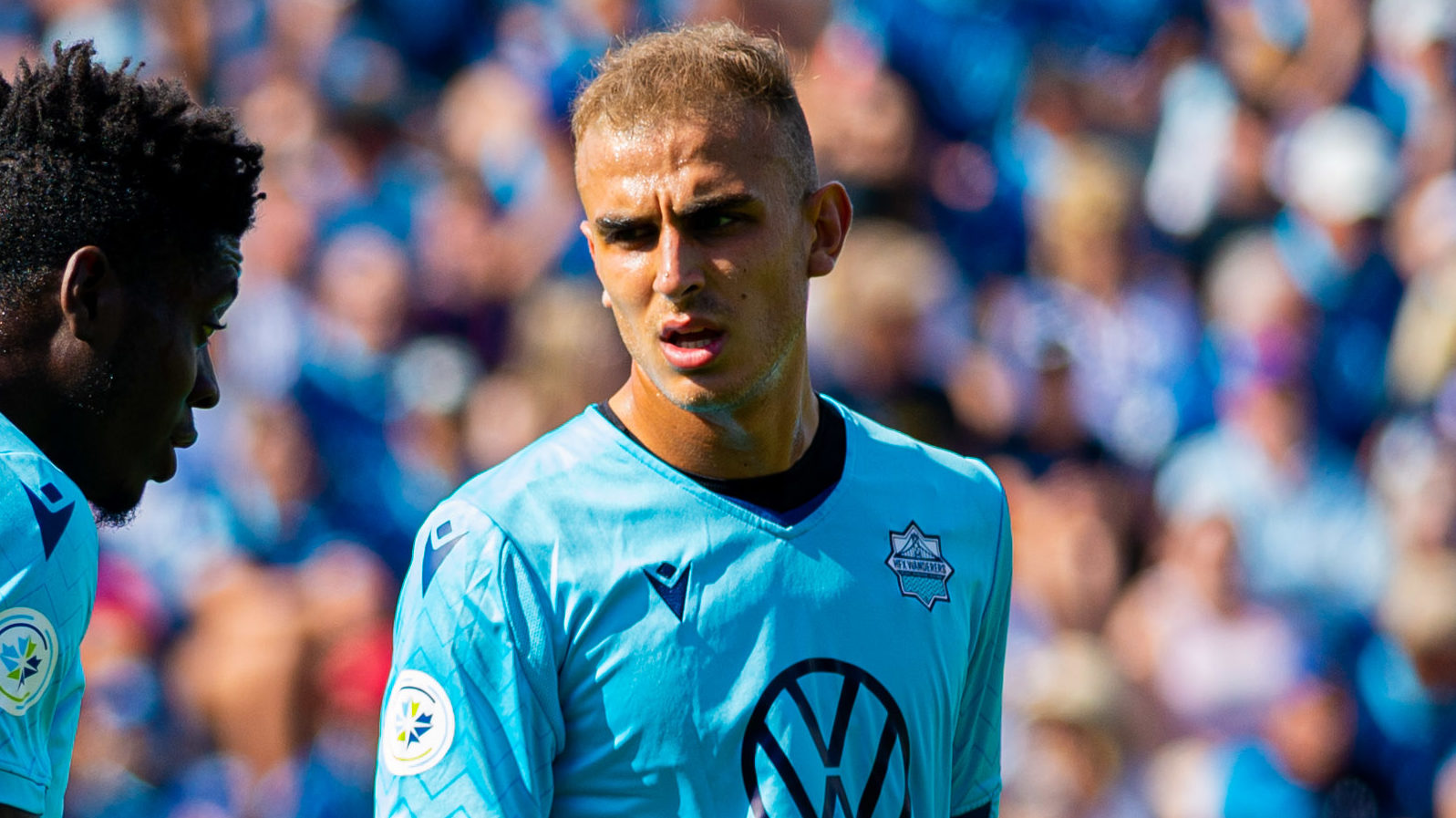 Matthew Arnone couldn’t help but see himself in green.

A native of Vaughan, Ont., Arnone was tasked with watching hours of his hometown York9 FC as a member of the Halifax Wanderers last season. While finding strengths and weaknesses in coach Jimmy Brennan’s tactical setups, Arnone couldn’t help but think about how he could slot in with the Nine Stripes himself as a ball-playing centre back.

Arnone’s vision of playing for Y9 came became a reality on Tuesday when the club announced they had signed him for the 2020 CPL season.

“I found more and more that my style play matched very much with theirs – a player (who) can be confident at the back, make good passes, and someone who wants to play a good brand of football,” Arnone told CanPL.ca. “Based on their system, they really like to play out of the back – they are quite brave with their centre backs in the way they build-up – which is something I offer.

“Speaking to (Brennan), it seemed like a no-brainer from a footballing perspective.”

It was an off-the-field no-brainer as well for Arnone, who was a key member of the dominant Vaughan Azzurri team that won the 2018 league and cup double in League1 Ontario. He attended York University before that, making a total of 70 appearances for the Lions.

Signing for York9 marks a return home to Arnone’s family – and his fiancée – in York Region after a year plying his trade in Halifax.

“It wasn’t easy but there was a lot drawing me there,” Arnone explained. “Obviously it had a good pull, but ultimately it’s about winning. I’m a competitor and I want to win trophies. York9 allows for that. It’s special to be able to do that in your hometown.”

The 25-year-old’s connections run deep with the Nine Stripes, too. He played with Chris Mannella, Manny Aparicio, Colm Vance, Michael Petrasso and a few others with Vaughan, TFC Academy, and YorkU. He was even coached by Brennan at TFC.

“He’s just the right player for us,” Brennan said in a media release. “He’s got a good presence, and he’s played midfield before, so he’s good with the ball at his feet. It matches up with the way we want to play.”

Arnone impressed with the Wanderers last season, standing out as a clean-yet-effective leader at the back, making 28 appearances and earning a player of the year award from supporters group Privateers 1882. SportLogiq ranked Arnone in the top ten of CPL defenders in line-breaking passes (2.08) and successful aerial duels (0.95) in 2019. He also ranked amongst the best in the league in interceptions (2.08) per 90 minutes.

Arnone told CanPL.ca he and the Wanderers “couldn’t come to an agreement” for the 2020 season, adding he wished the club “all the best” for the upcoming campaign.

“The fans treated me like their own,” Arnone said. “The people were just so good to me. “(Head coach Stephen Hart) and I have a great relationship, both on and off the pitch – we got along quite well.

“But with the familiar faces, already being coached by Jimmy, it just made so much sense. I’m a competitor and I want to win trophies. York9 allows for that – it’s just special to be able to do that in your hometown.”

Arnone is “just the right player” on paper and on the pitch for York9 – another quality piece on their impressive 2020 squad.

Now that he’s in green, Arnone has directed his thoughts towards this season and a run at the North Star Shield.

“I was really impressed with the system that Jimmy put together,” Arnone said, before referring to “marquee” signings of Petrasso and Mannella. “Having this move come to fruition, joining a winning squad with York9, was the ultimate draw.

“This squad can compete for the North Star Shield. I’m here to win trophies and I intend to do that.”