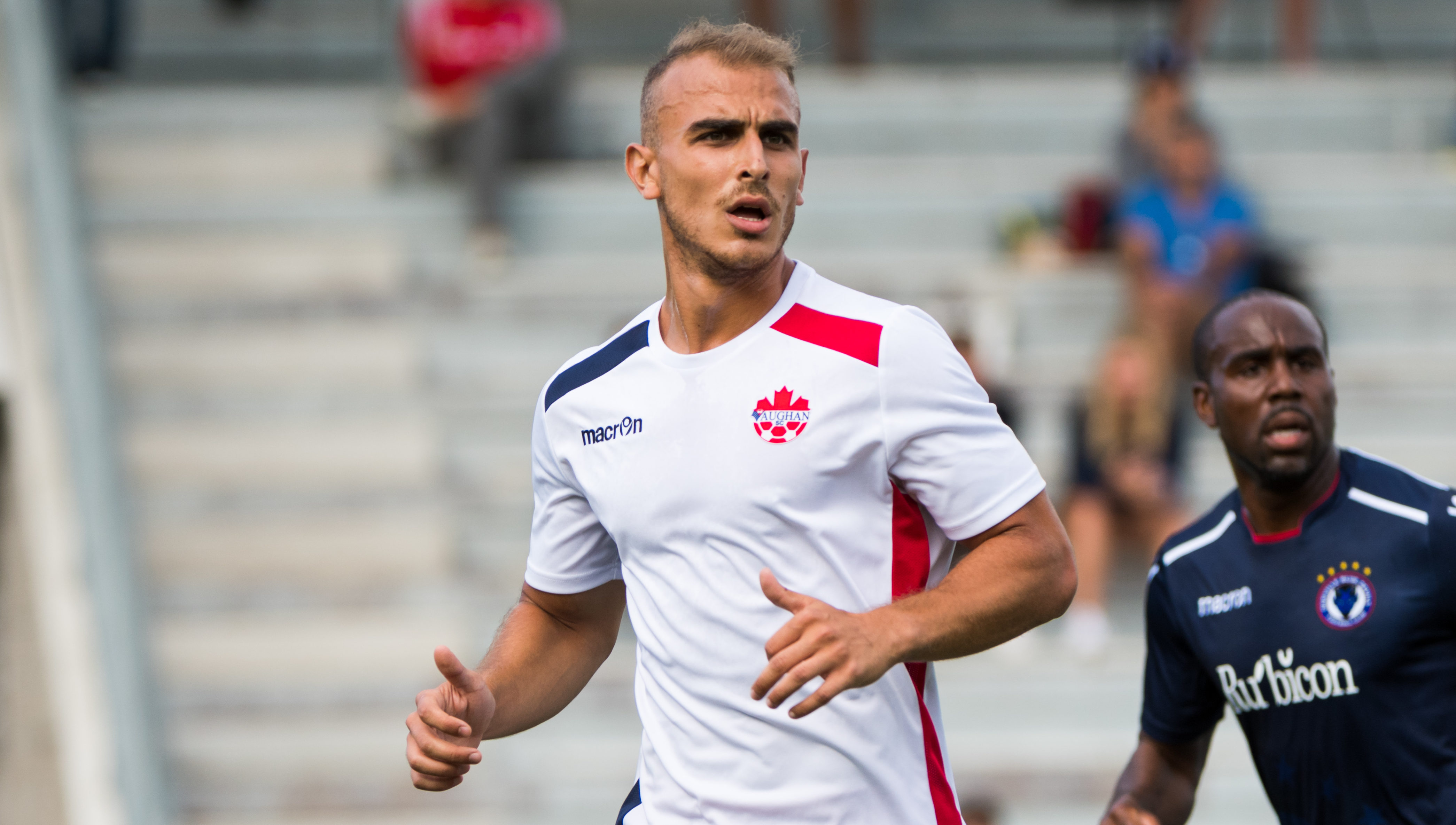 Matthew Arnone is going back to York Region for the 2020 season.

The 25-year-old defender from Vaughan, Ont., was unveiled as York9 FC’s sixth new signing of the off-season on Tuesday, switching from Halifax Wanderers FC in the process.

Arnone made 28 appearances for the Wanderers in 2019, scoring twice and winning player of the year from supporters group Privateers 1882. He parted ways with HFX last December.

The centre back’s connections to York Region run deep. Arnone was a key part of the dominant Vaughan Azzurri team that won the 2018 league and cup double in League1 Ontario. He attended York University before that, making a total of 70 appearances for the Lions.

“I am truly thankful for the opportunity to come and play in my hometown,” said Arnone, who played 86 per cent of the available minutes for the Wanderers last year. “To wear the crest and colours of York region is something I will do with pride.

“I am very excited to do something special with this group, with the talent on this squad the expectation is not just to compete, but win trophies, and I can’t wait to be a part of it.”

SportLogiq ranked the Vaughan, Ont., native in the top ten of CPL defenders in line-breaking passes (2.08) and successful aerial duels (0.95) in 2019. He also ranked amongst the best in interceptions (2.08) per 90 minutes.

“We’re bringing in another local boy with some experience in this league like Michael Petrasso, and in a position we wanted to reinforce,” coach Jimmy Brennan said.

“He’s got a good presence, and he’s played midfield before, so he’s good with the ball at his feet. It matches up with the way we want to play. Our centre-backs have to be able to play out the back and have a good touch. He’s just the right player for us.”