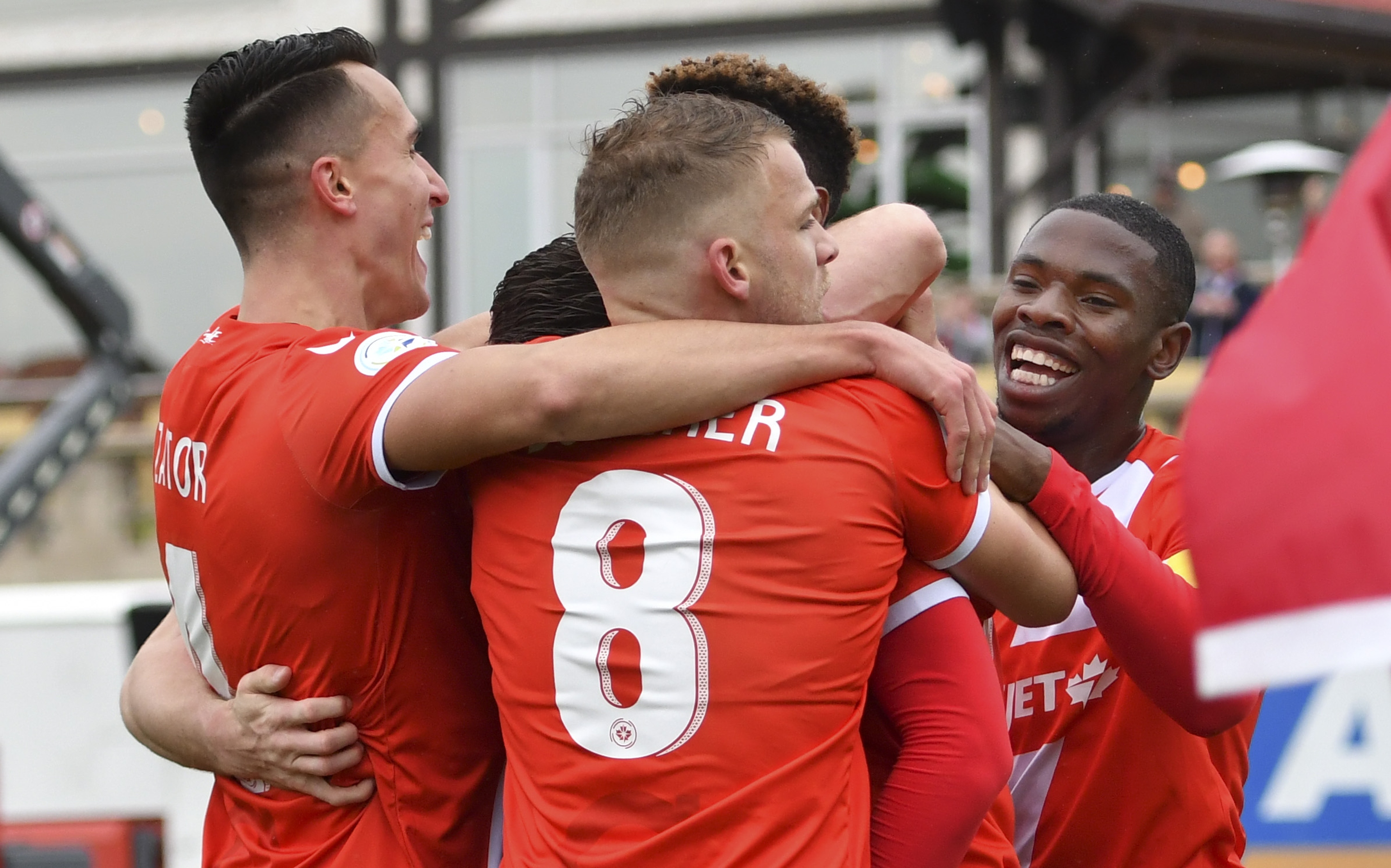 Cavalry FC has won the Spring portion of the 2019 Canadian Premier League season, earning the first of two berths in the 2019 CPL Championship after going 8-0-1 at the top of this 10-match Spring sprint, wrapping up their campaign with a 2-0 win over York9 FC on Wednesday evening at York Lions Stadium.

Tommy Wheeldon Jr.’s side has been nothing short of excellent all season, having also dispatching Forge FC over two legs in Canadian Championship play, and have now locked up the Spring stanza with two matches remaining, before the season table resets on July 1 and the Fall portion begins.

Heading into the 2019 CPL season, Wheeldon Jr. assembled a familiar crop of players as he built out his Calgary team; many of his PDL Championship-winning Foothills talents made the jump to the professional level, with standouts like Sergio Camargo, Nik Ledgerwood, Marco Carducci and many others signing Cavalry contracts. In total, 10 of Wheeldon Jr.’s first 13 signings came from the Foothills squad.

“As soon as I was named Cavalry head coach and general manager, I turned that back to the players (at Foothills) and said, ‘Look, this is your audition,'” Wheeldon Jr. told CanPL.ca back in February.

“Like me, we’re all clicking the ‘Upgrade’ button,” he went on to explain. “It does help to have them, because they know me and they know what I expect of them, and it helps to set a new culture, when you’ve got existing guys that know how things are done around the locker room and around the community.”

With a team already brimming with chemistry, Wheeldon Jr.’s Cavalry FC side went into their May 4 season opener feeling quite confident, but immediately faced unforeseen circumstance as they and visiting York9 FC endured heavy snowfall at Spruce Meadows.

Still, Cavalry emerged 2-1 winners, kicking off their CPL adventure with the first of many wins en route to their Spring title. A follow-up 1-0 win over visiting Valour extended Cavalry’s early home stand to two victories, before the team travelled to Tim Hortons Field to take on Forge FC for the first of four encounters in the Spring. They won that match 2-1, courtesy of a Nik Ledgerwood goal. The match also offered a first glimpse of Cavalry’s signature goal celebration.

During the month of May and June, Cavalry had to balance two separate competitions, squaring off against Pacific FC over two legs in the opening stage of the Canadian Championship, while also enjoying their first Al Classico derby fixture against FC Edmonton. During this time, Wheeldon Jr. experimented with different lineups and formations, but a few key players emerged.

Nico Pasquotti’s long-throw and penchant for late influence made him an instant favourite for the Cavs’ faithful; Carducci made many game-saving blocks in-between the sticks; Dominick Zator’s heading ability emerged, with the imposing defender making himself an attacking threat on set-pieces – an area of play that Cavalry quickly emerged as dominant, as the club dispatched Forge, Edmonton, and Pacific, culminating in a 2-0 win over HFX Wanderers FC on May 25.

Along the way, one key factor emerged that separated Cavalry from the rest of the league’s outfits; there was an element of luck that made Cavalry seem almost like a team of destiny.

Case in point? A 1-0 win over FC Edmonton in the first-ever Al Classico came off a lucky rebound off of Jordan Brown’s foot. Sure, Brown took credit for it, claiming, after the match, that he was “always ready for it” … but that good fortune was on display time and time again, as late penalties, set-pieces, long-throws, and more made Cavalry seem invincible – especially in the second round of the 2019 Canadian Championship, where Cavalry frustrated Forge over two legs, taking the series in the end.

If there was one match that defined Cavalry’s early-season dominance, it was that 3-0 derby day victory over FC Edmonton.

Coming off the back of their successes in Canadian Championship play, Cavalry returned to CPL action with a huge display of effectiveness and domination in what is already a heated rivalry encounter, defeating the Eddies emphatically in their own home and extending their winning streak to six in a row in league play.

Pasquotti was, as usual, frustrating to handle, but it was around this time that Camargo emerged as a scoring threat, with the crafty, dynamic attacking midfielder finding his feet just in time to score a brace against his rivals. He kept up that level of exciting footwork and poise in the Cavs’ seventh regular-season fixture, scoring a peach of a goal after finessing his way through HFX Wanderers FC’s backline.

Instead, the club suffered their first-ever CPL defeat, losing 1-0 to Forge and opening up even more permutations. A point along wouldn’t do it – they’d need at least two, which they found, without fuss, in their next match, picking up three against York9 FC in a much-deserved 2-0 win.

What’s next for Cavalry FC?

Wheeldon Jr.’s team may have one eye to the CPL Championship in October/November, but the season isn’t done just yet. There’s still a pair of matches to play in the Spring portion of the season, before the table resets for the Fall.

And, that Fall portion offers plenty for Cavalry to play for, too, as the winner of the Fall portion – the team that finishes first overall in that table – gets to decide the order of venues for the two legs of the Championship. Their opponent in that series will be the team with the next highest cumulative points total over both the Spring and Fall seasons, but you can be sure that the Cavs will be raring to earn that venue advantage with another top finish.

Most exciting of all, the Cavs will also be taking on Vancouver Whitecaps FC in Canadian Championship third-round action, with a home-and-away matchup against the MLS side offering plenty of familiar matchups between players, and a dream of lifting the Voyageurs Cup to complete the first double in CPL history.