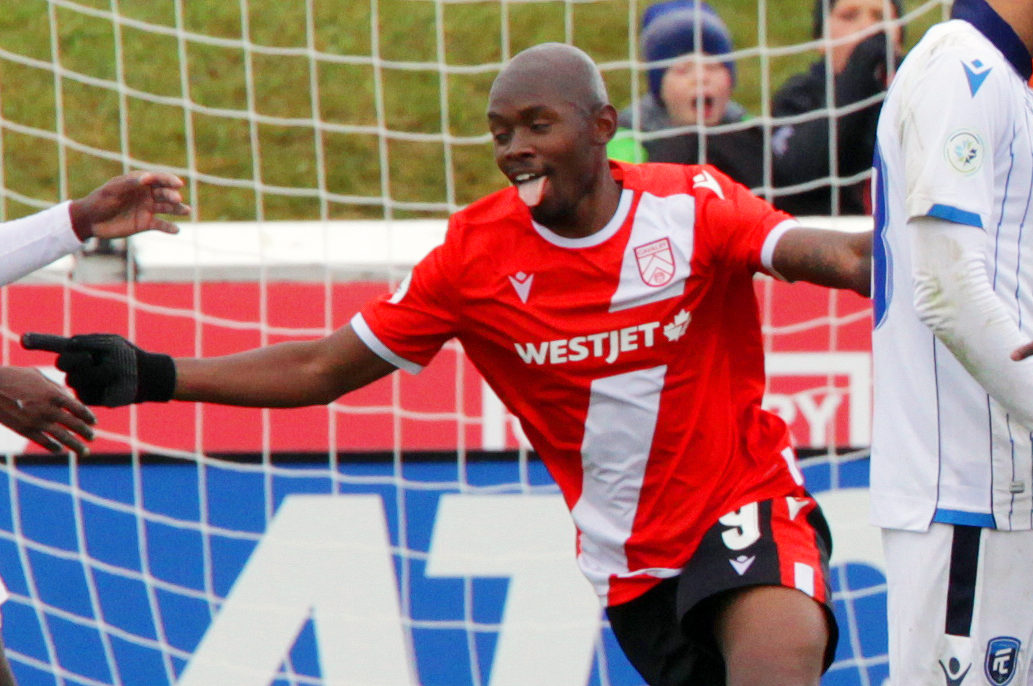 Was it intentional, or was it a stroke of good fortune?

That’s the question that Cavalry FC striker Jordan Brown was posed following his game-winning goal over FC Edmonton in the first edition of Al Classico on Saturday evening.

Brown notched his second of the season by way of an Elijah Adekugbe shot on goal, which he deflected off his left foot to change the direction of the driven hit past Eddies goalkeeper Connor James, who was caught out by the initial angle of the effort.

It was a well-orchestrated goal, if intentional … and a fortuitous game-winner, if not.

But Brown left little room for misinterpretations after the match.

“I was always ready for it,” Brown told CanPL.ca after the match, affirming that he fully intended to place the ball where he did.

Wasn’t visibility an issue, though? It was rather rainy at Spruce Meadows, after all.

“Nope. I’m used to it,” the English striker said, in response. “I just put on a pair of gloves and get on with it.”