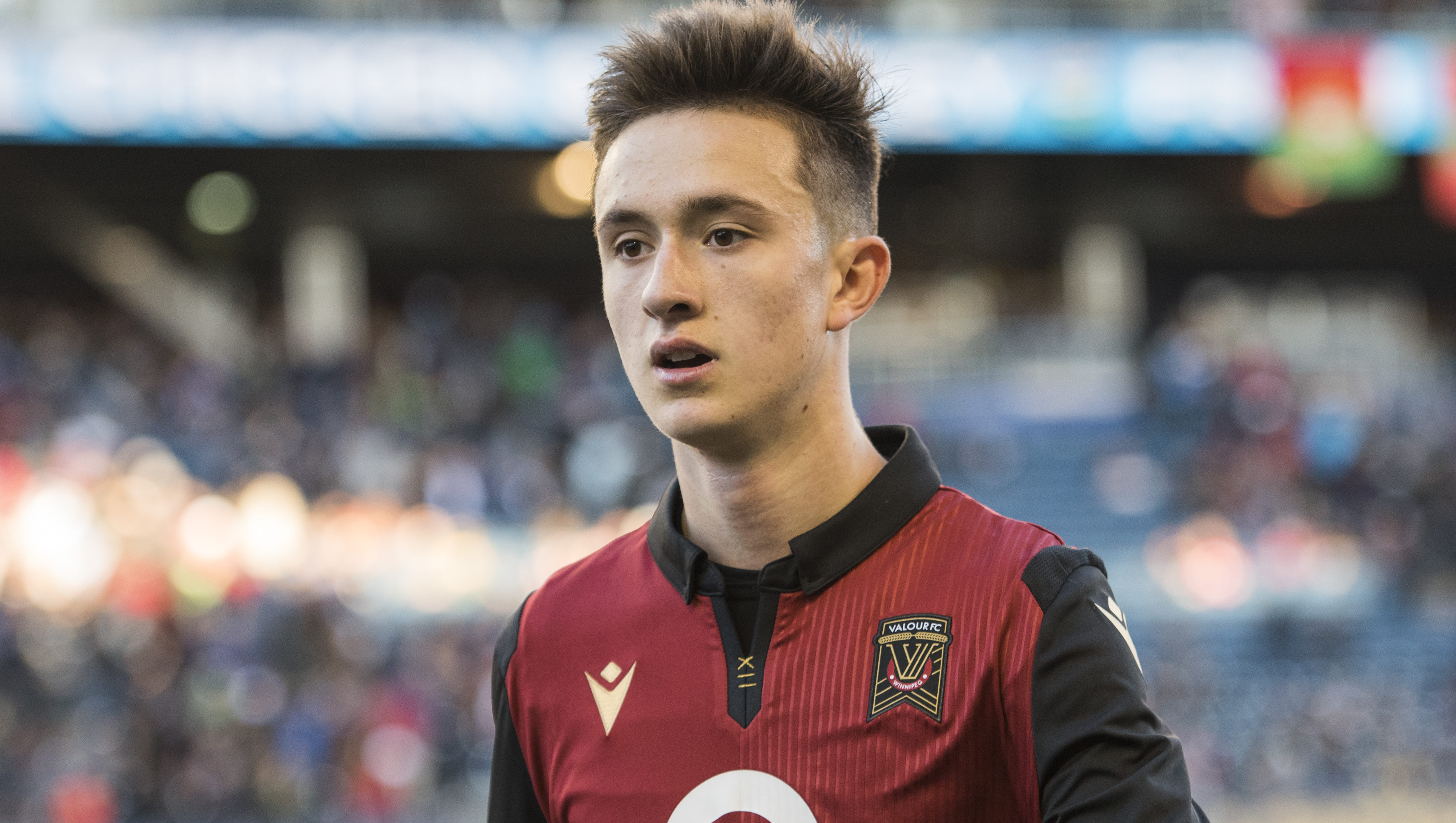 He is only 136 minutes into his professional career, but it’s 136 more minutes than Raphael Garcia would have expected a year ago.

The 20-year-old right fullback made his pro debut in Valour FC’s 1-0 win over Halifax on May 11, going the distance and blending in amongst the veterans that comprised the Valour backline.

A dream debut of a clean sheet and three points was worth the wait for the Ottawa native, and more than a consolation prize for his family watching back at home. “The Garcia Fan Club” had only recently returned to Ottawa from a trip to Winnipeg.

“It’s funny now looking back, I made them come to the home opener (May 4) and then I wasn’t selected for the game,” Garcia said. “It’s the reality of pro sports but my family was there, my girlfriend came too and we all had to watch from the stands, it was a hard thing to tell them.”

Head coach Rob Gale opted to rotate his entire roster through the opening five games, meaning Garcia’s exclusion was just part of the numbers game, and likely nothing to do with any questions of the rookie’s ability. A week later, Garcia got his answer. Just a week after sitting in the seats of IG Field, Garcia would take to the pitch and play a crucial part in the win. But this time, his family would have to watch from Ontario.

“They were surprised,” Garcia said, looking back on calling home after finding out he would make his first career start. “They hosted a gathering in Ottawa and they watched the game and that made me happy because I felt like I let them down with the Edmonton game.”

Garcia didn’t disappoint in his debut. HFX, at times, appeared to try to take the ball down the wing of the young defender, but Garcia stood his ground, leading the match in tackles won. His play earned him a second consecutive start when Forge FC visited the Winnipeg side.

But once again the reality of pro sports isn’t always kind. Garcia was substituted at halftime in a 2-1 loss. He had the unfortunate task of being the lone Valour player anywhere near a Forge counterattack, and the ensuing two-on-one that led to an Anthony Novak marker. It would have been fair to feel left hung out to dry, but Garcia looked only at his own play.

“I take the blame for that (goal),” Garcia said. “I should have run back but it’s a tough situation to deal with a two-v-one but I could have done a better job, but overall I’m satisfied with my first two games.”

Satisfied with two games under his belt, and also satisfied with the journey to get there. It wasn’t an easy decision for the then 19-year-old Garcia to sign with an upstart team in Winnipeg, a flight away from friends and family.

He signed with Valour after knowing only the Montreal Impact Academy, with the exception of a trial with his hometown Ottawa Fury. But it was that knowledge of half-a-dozen years in an MLS academy structure that played a part in his decision to head west.

“I think I was a bit impatient but I wanted to get minutes,” Garcia said. “Through my experiences with the Impact, I saw players in the academy sign a contract and wait two, three, four years just in the reserve team, I said, ‘I don’t want that to be my pro career.’”

But he still had to earn a place in the professional setup, whether it be in Montreal, Ottawa or Winnipeg. His coaches saw a player that came to town ready to work and a potential key player for the future.

Early on in Valour training camp, Garcia was praised for his ability to move the ball forward from the back, using an attacking instinct he takes pride in. He hopes to show that off more moving forward and should get his chance. His coaches seem keen on developing the rest of his game and letting his qualities shine.

“He’s been solid and working hard at training and consistent in training,” said Valour FC assistant coach Damian Rocke. “There’s a learning curve but he’s made a good account of himself and he’s done well in the games.”

For now, Winnipeg is where Garcia will cut his teeth as a professional footballer. But he has not closed the door on the dream of one day playing for the club that grew his game in Montreal, and from there who knows? He’s taking it day by day.

“The CPL is good for a young Canadian player like me that are looking for professional minutes but not ready for that next level,” Garcia said. “I want to make my name in the CPL and maybe one day I’ll work my way up.”