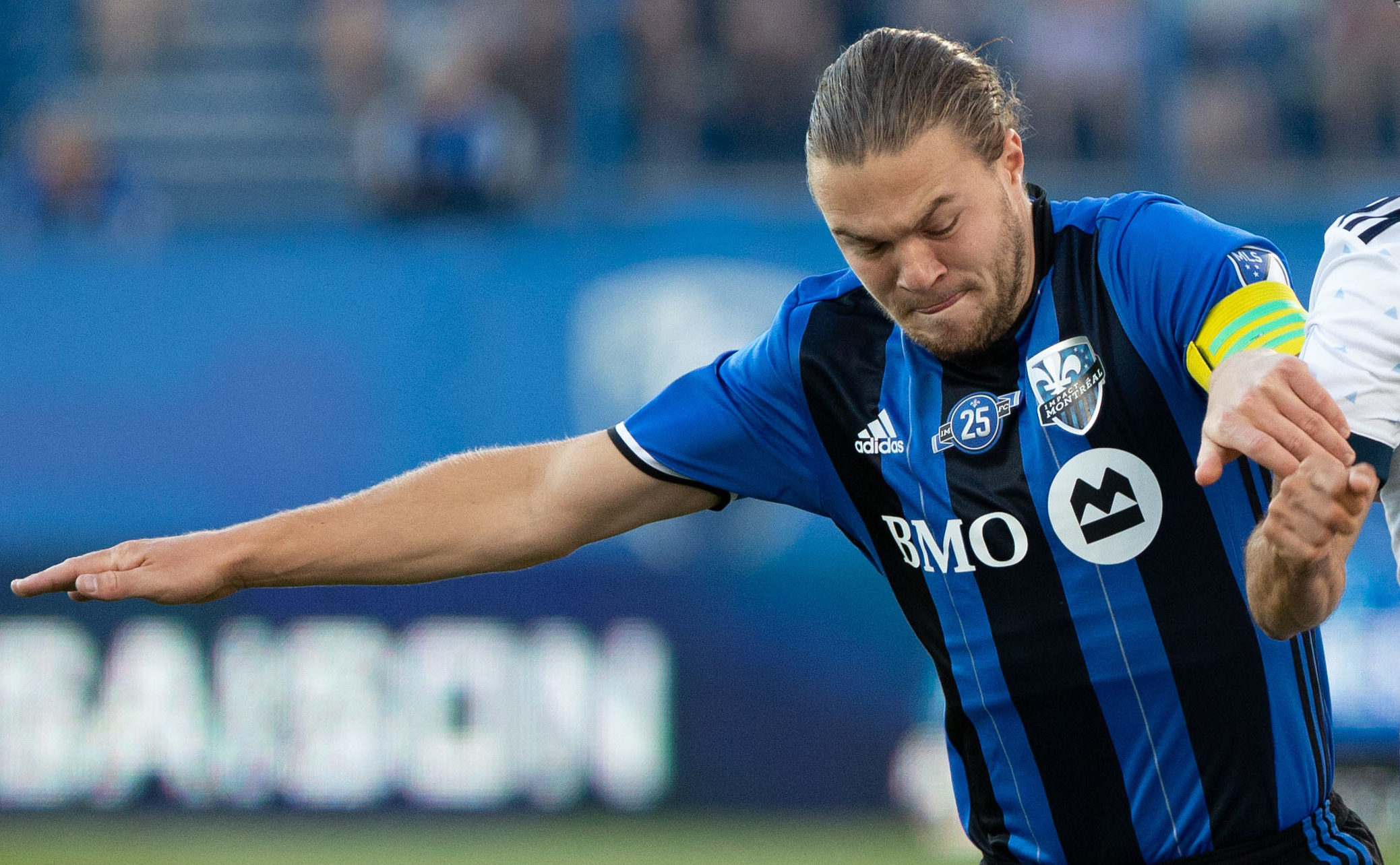 Toronto vs. Montreal – it’s a rivalry as old as the two cities, played out in many different ways, and set to take on a new look on Wednesday as York9 FC hosts the Montreal Impact in Canadian Championship action.

This time, though, the Impact won’t be heading to Toronto’s lakeshore, where bitter rivals Toronto FC often awaits. Instead, the Impact will be driving a touch north to York Lions Stadium, where York9 FC hopes to take a result out of the first leg.

For Nine Stripes head coach Jimmy Brennan, the Impact is a familiar foe – as is the case for club captain Manny Aparicio, and on-loan TFC midfielder Ryan Telfer. The three have history with the Impact during their time with the Reds.

So, while the undertone of Ontario vs. Quebec will play out in a new way, there are still plenty of familiar faces across the park – and on both sides, according to Impact co-captain Samuel Piette.

“It takes a lot of games to create a rivalry like us with Toronto FC, but I know a lot of guys from York so it’s going to be special to play against some friends,” Piette told CanPL.ca, citing friendships with Manny Aparicio, Luca Gasparotto, and Kyle Porter. “I know these guys … I know their level, so I think it’ll be a very competitive one.”

He added: “It’s a first for everyone, coming to Toronto and not playing Toronto FC. It’s going to be weird and it’s going to be different, but we’re excited for that game. I’m personally excited to play against a CPL team, to see the level of the teams they have in this league … and we take this championship very seriously so obviously we want to go there and get the win.”

Piette’s teammate, Shamit Shome, also has a few friends on this York9 FC team, whom he first encountered during his 2016 season with FC Edmonton – he and Y9 goalkeeper Nathan Ingham played together at the Eddies, for example.

“It’s pretty cool that I get to go head-to-head with guys that I’ve known for a long time,” Shome told CanPL.ca. “And it’s great that the CPL is here for a chance at the Voyageurs Cup. It’s good to mix, and brings a different aspect than playing the same teams.

Shome added: “I think there will be a bit of bite, too. For sure, we will have in mind that it’s kind of the same as a Toronto team vs. a Montreal team – Ontario vs. Quebec – so I think that’s something the Canadian guys will take upon themselves because we understand it a bit more.”

The spirit of rivalry will be high, and, pre- and post-match, those handshakes will be shared among friends, but once those 90 minutes of football kick off, Piette and Shome expect nothing less than a tough test against York9 FC.

“We need to take this game very seriously because this tournament is important to us,” Piette said. “We want to bring home this championship so we cannot underestimate any teams, especially York9.”

Shome added: “They are a good team defensively. Offensively they have some good players that are dangerous, so I’m expecting a good game. York9 have a lot of big guys who are good at set pieces so we’ve got to be ready for that. It’ll be a good test for us to prove our offensive ability and match the spirit and the bite that they will have, especially as they’re playing an MLS team … so it’ll be an exciting match for sure.”