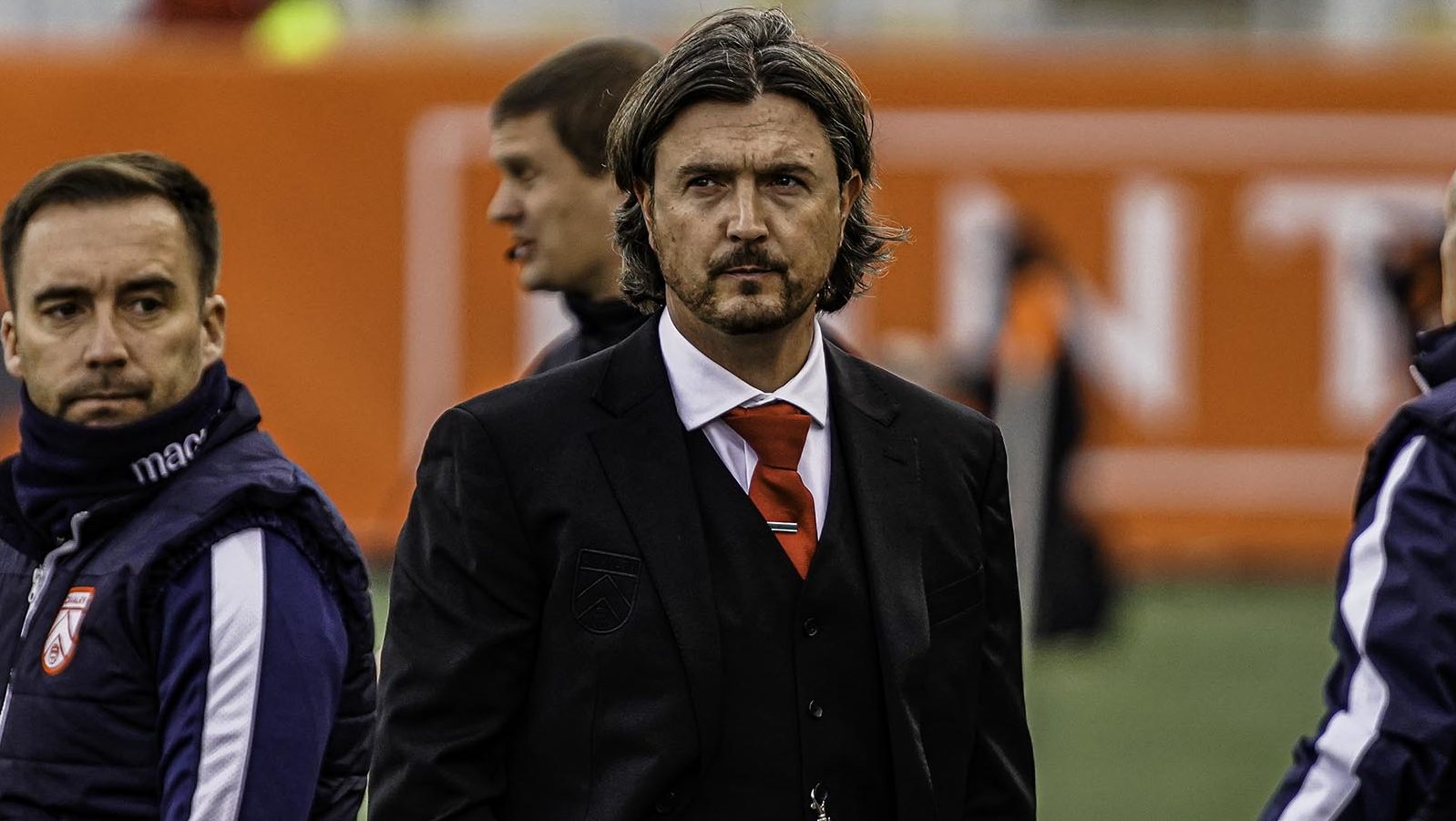 HAMILTON – Masochist is never used to describe an athlete or competitor.

Inherently defeatist, it doesn’t lend itself to a description of a warrior or, frankly, anyone trying to win something at all.

But it fit Tommy Wheeldon Jr.’s message to Cavalry FC players on the pitch in the first leg of the 2019 Canadian Premier League Finals at Tim Hortons Field on Saturday.

“Suffer,” Wheeldon Jr. said of his half-time team talk, with that tone catching those in the room off-guard.

“People laugh but, in football, you have to suffer and be prepared to suffer.”

Feel pain, feel stronger for it.

It makes sense in a game that, with so much on the line, had lots of painful moments on route to a 1-0 Forge FC victory as its conclusion.

Take that first-half sending off of Cavs defender Joel Waterman, one in a series of match-changing calls from the referee over 90 minutes. Tristan Borges scored at the stroke of halftime. Down a man, down a goal.

“We knew, at 10 men, that game could have gotten out of hand … I told the boys to prepare to suffer and be prepared to be starved of the ball. And just be disciplined. We were looking to catch them on the counter or through a set play.

“We were okay with a one-goal deficit going home.”

The Cavs, from there, withstood the Orange Wave. With such a change of Leg 1 fortune, a 1-0 defeat soon seemed worthwhile for the visitors as Forge peppered their net with numerous quality chances.

“That was their chance to really put us out of the tie and they didn’t take it,” Wheeldon added of Forge. “Then the game throws us another curveball and we’re still in the game.”

Borges’ later sending off was that extra curveball. Coming from a tackle that appeared more like a wrestling move with Cavs defender Jonathan Wheeldon, Borges left the pitch after being the subject of tough Cavalry pressing all afternoon. The CPL’s leading scorer often, who is currently unavailable for the Finals second leg, was rarely seen without defenders draped over his back.

“We were just trying to stave him of the ball,” Wheeldon Jr. admitted of his tactics. “He’s a bloody good player. You want to keep him and Bekker from having the ball as much as possible and let the centrebacks have it in their half. We just wanted to keep the ball away from him.”

While no away goal, considering Forge’s opportunities to extend the lead in the second half, the Cavs clearly saw positives. Wheeldon Jr and Cavalry came, gritting their teeth, through quite the 90-minute encounter at Tim Hortons Field, with lots to play for heading home.

“Iron sharpens iron so we’re looking forward to now making sure we get Spruce Meadows rocking, we get the home crowd there and make it really intimidating,” Wheeldon Jr. told assembled media.

“The game is not won in 90 minutes, it’s won in 180 … We put in an industrious performance today and kept us in the tie.”