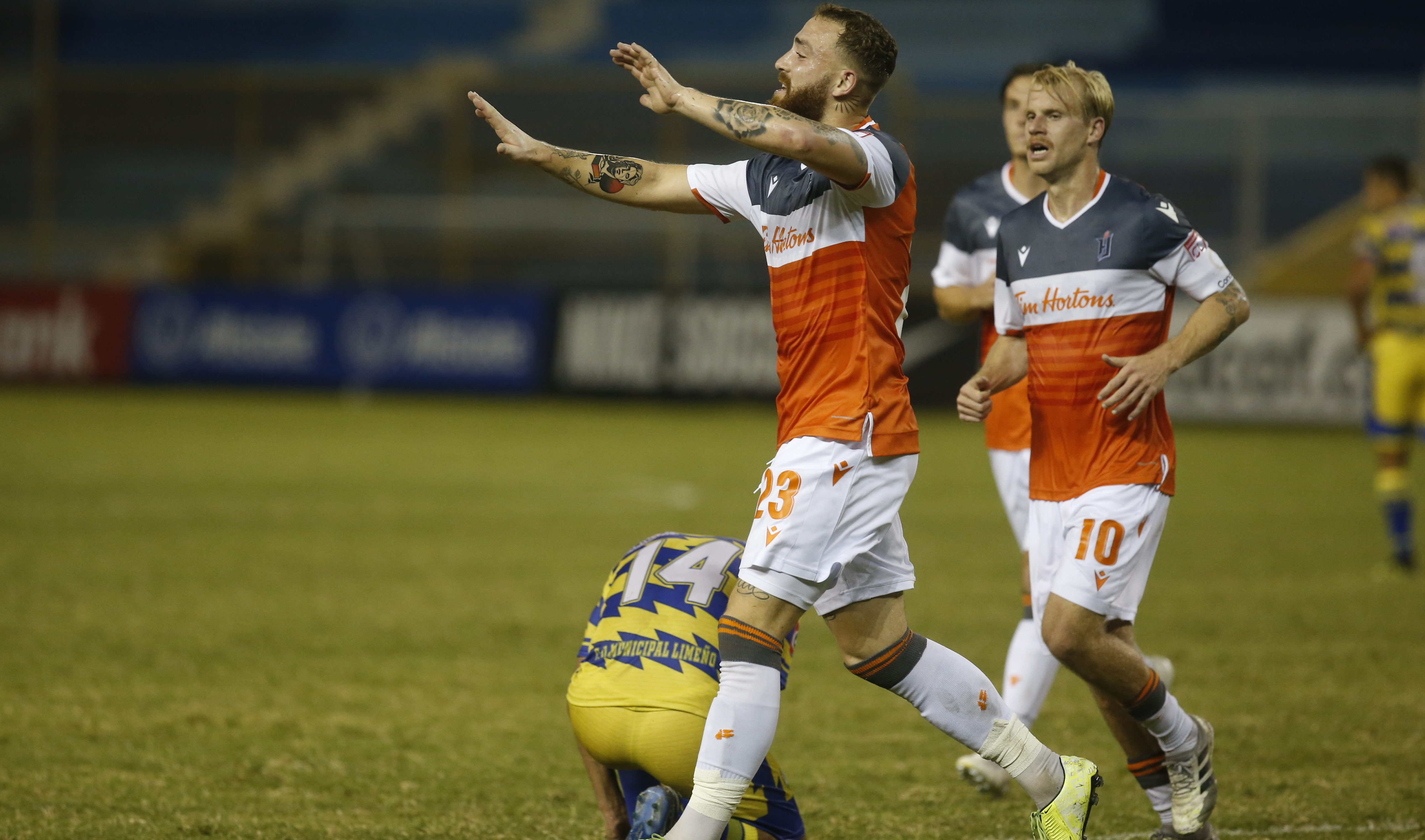 Anthony Novak of Forge FC celebrates his goal in El Salvador. (Photo by Carlos Cardenas/Concacaf)
Is Novak to Cavalry the most surprising CPL swap yet?
2021-04-20
by
Charlie O’Connor-Clarke, Digital Content Editor (@charliejclarke)
News

Cavalry FC fans woke up to some unexpected news on Tuesday morning, with the announcement that former Forge FC striker Anthony Novak has swapped his orange kit for a red one this year.

It happens from time to time in sports: a player makes the jump from one team to a rival club, stunning fans from both sides. Luis Suárez, for instance, recently made such a move from Barcelona to Atlético de Madrid. And remember when Robert Lewandowski still looked weird in Bayern Munich colours after leaving Borussia Dortmund?

Novak’s move to Cavalry may well be the first such move in CPL history – the first where you see him in a new jersey and it just looks… strange.

We’ve had plenty of player swaps in the CPL before, of course. José Hernández going from Pacific FC to Cavalry was the first, but since then the likes of Marco Bustos, Louis Béland-Goyette, Manny Aparicio, and many more have all done likewise. Marcus Haber’s last-minute move to Cavalry last year certainly caught the rest of the league off guard, too.

It’s also extremely unsettling to see photos of Easton Ongaro in his Cavalry kit, taken during 2019 pre-season before he signed for FC Edmonton (but after the Cavs had picked him in the CPL-U SPORTS Draft). Of course, he never played for the Calgary side, but it’s a weird concept to think about.

This move, though, is several orders of magnitude more surprising. Among Forge fans, Novak’s move to the Cavs may yet go down as one of the greatest heel-turns in CPL history. Previously, that title was worn proudly by Bruno Zebie, who joined Cavalry from FC Edmonton last year in a move that he hoped might ignite the Al Classico rivalry a little more.

But for a player who, in very recent memory, was doing things like this to Cavalry to now join them is quite a turn. How many times have we seen a player of Novak’s high profile within the league move, not just to another CPL side, but to one that’s been a heated rival?

If nothing else, Novak signing with Cavalry makes for excellent drama. Rivalries, of course, are built on history – of which there is plenty (relatively speaking) between Forge and Cavalry. This is the first time, however, that a player has swapped sides in this particular fight. It’ll be fascinating for Novak to walk into a dressing room with players who were so recently on the opposite side of some incredibly heated games.

Imagine, if you will, Cavalry travelling to Tim Hortons Field – a chorus of lighthearted boos from the Barton St. Battalion when Novak touches the ball, or perhaps a stunning silence if he scores against his former club. The possibilities for drama are endless.

Every good story needs heroes and villains. To Forge fans – grateful though they’ll be for his two years of excellent service – Novak will make an excellent villain in this tale, having turned to the dark side. Cavalry fans, however, will welcome their new hero’s redemption arc. This move adds yet another level of intrigue to future Forge-Cavalry fixtures (not that we needed any), and with Novak’s demonstrated knack for scoring timely goals, there are sure to be a few more chapters added to this saga.

The CPL has seen quite the musical chairs of player shuffling this off-season – Joe Di Chiara, Chrisnovic N’sa, Keven Alemán – the list goes on and on. All that should add up to, perhaps, some of the most compelling narratives yet once the season begins: Now that we know all the characters, the drama will only get better.