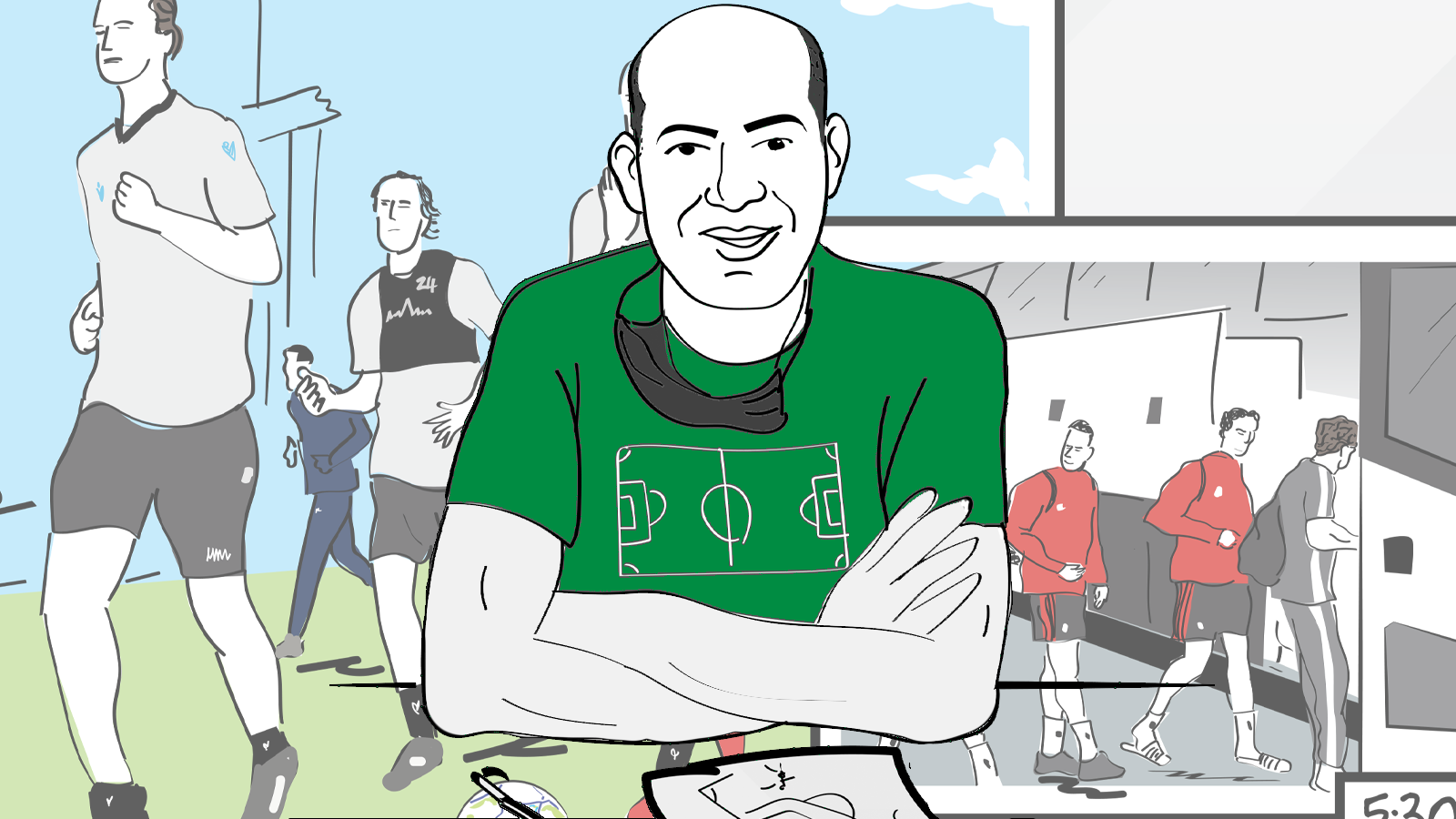 Ramezani’s love for soccer and illustrations brought the Montreal graphic designer to work with the CPL to create “The Story of the Island Games,” a coffee table book recounting the 2020 CPL season now available for pre-order.

Ramezani, who moved to Canada from Iran in 2014, started drawing headshots of CPL players and sketches of goals from the Island Games this year as a way to harken back to his youth spent reading football magazines with goal reactions sketched out on glossy paper.

You may recognize his style – hundreds of CPL players have used Ramezani’s portraits on social media, while the goal reactions caught the eye under his “Curlyfriesdesign” moniker. He’s spent hours giving players, coaches, and even fans in the young league hand-drawn depictions.

“Following football led me to draw cartoons and illustrations, really – it reminded me of my childhood, so I wanted to keep going,” Ramezani told CanPL.ca, adding that he stumbled across the CPL this year and started drawing almost right way.

“The reaction was very good and surprising from fans and players, so I kept going and eventually committed to drawing almost 100 goals at the Island Games.”

Canadian Premier League staffers saw the support his drawings were getting and decided to reach out to him. Ramezani thought the CPL brass wanted him to stop at first, but it morphed into a collaboration – to document a once-in-a-lifetime Canadian professional soccer competition played on Prince Edward Island.

Take home a piece of The Island Games Books

Still, Ramezani’s favourite pieces to draw are the goals harkening back to similar graphical recreations of the 1986 FIFA World Cup – the first of the Montrealer’s memory – and the style of Javad Alizadeh, a prominent sports illustrator and idol of Ramezani.

“I try to show the movement, who passed to who, where the shot travelled,” said Ramezani, who explained that one goal sketch could take him half an hour to produce.

“The beauty of it is this will bring fans back to that moment – that goal. Where they were when they saw it. It’s attached to a memory.”

Ramezani self-published a book of National Women’s Soccer League (NWSL) goals this past Fall, giving the Challenge Cup and Fall Series the same treatment. He also has an ongoing comic series in Iran.

“The Story of the Island Games” will be released on January 14, 2021, but it’s available for pre-sale beginning December 17 and continuing until January 13, 2021. The book is available in both hardcover and softcover editions.