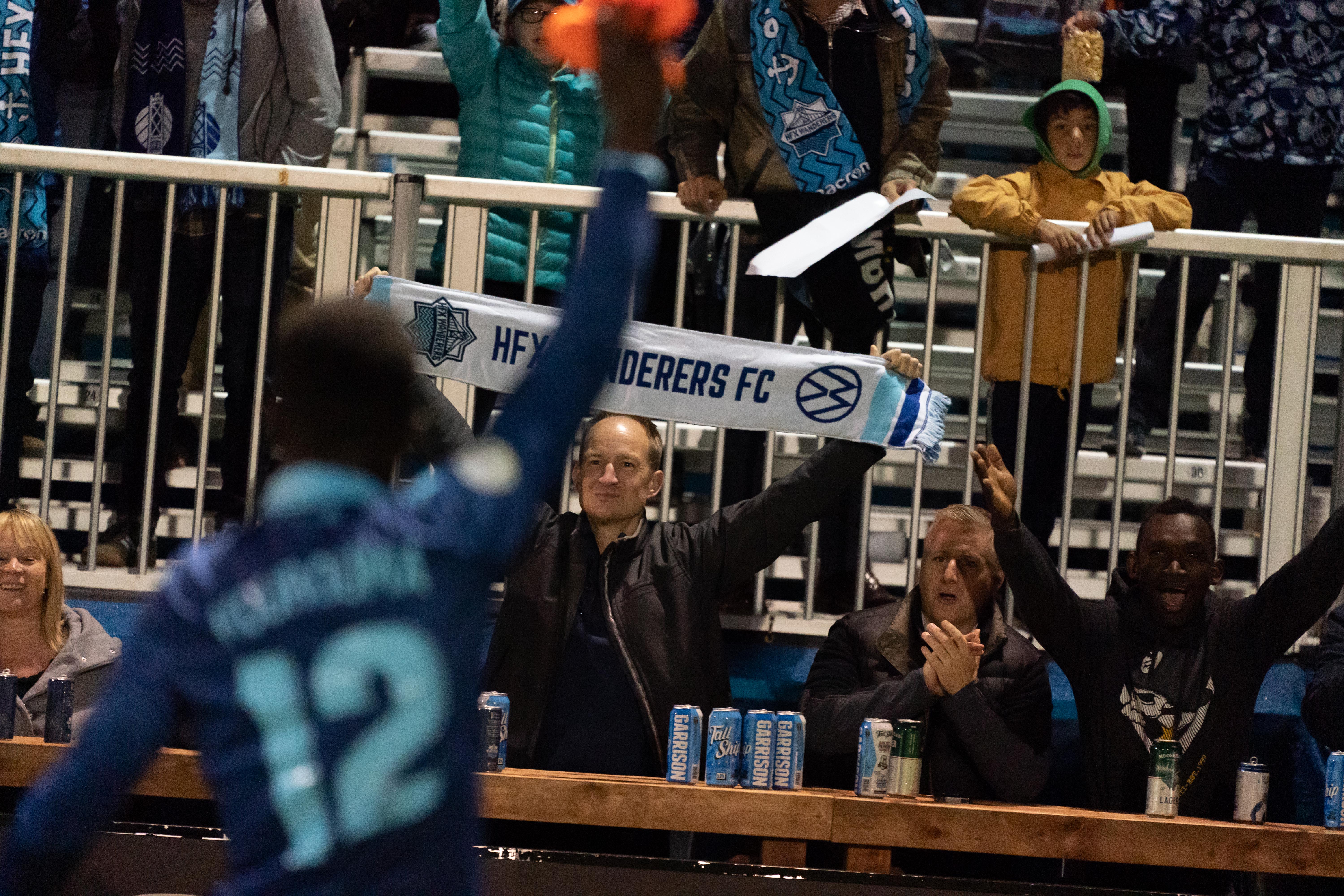 HALIFAX – On the east coast, it’s inevitable the party will end up in the kitchen by the end of the night.

With the final whistle blown in the last game at Wanderers Grounds for the season, HFX Wanderers FC players and coaches went to the Kitchen to sign autographs and mingle with fans.

“All the players, they really wanted to win this game. I think it showed in their performance, particularly in the second half,” said HFX coach Stephen Hart after the 1-1 draw to Pacific FC.

“They wanted to send the fans away happy. But the game was an exciting one even though it was another tie. But I think it was a very emotional, exciting one. I have nothing but thanks and praise for this fantastic community support, crowd support, it’s been great.”

The Kitchen faithful grew accustomed to ties with the Wanderers getting a draw in six straight home games. After 14 CPL games at Wanderers Grounds, Cavalry FC were the only team to leave with three points — a feat they accomplished twice. The last CPL loss at home came just under four months ago with a 2-1 Cavalry win on June 19.

“I think the fanbase has made it a difficult place to come and play. But the players, they seem more comfortable when they’re at home which is normal and I’m glad about,” Hart told CanPL.ca.

“We almost lost two games at home all year. And I think I’ve never tied seven games in my life. But it is what it is, next year we’ll be better.”

Midfielder Scott Firth almost broke the draw when he was brought on late in the game alongside striker Tomasz Skublak. The local player made his professional debut in the home opener in May, was used sparingly throughout the year, but had his chances in front of friends and family on Wednesday night.

“It’s amazing, the energy (the fans) bring, especially when the local boys come on —me and Oxner,” Firth said while taking a break from signing autographs.

“Having that shot, thinking it might have gone in, it would have been crazy to go celebrate with the Kitchen. I love being on the field with the crowd around me,” Firth said.

For Firth, the crowds at the Wanderers Grounds made a difference and the absence of that support was noticeable on the road where the team only has one more crack at avoiding the dubious feat of going winless on the road.

“I really think it’s the Kitchen … the crowd pushes us. They bring everything out of us. When we’re away, it’s tough to find that extra ten per cent of work. They really motivate us to just play so well for them,” said Firth.

Colombian striker Luis Alberto Perea scored from the penalty spot in the first half for his third CPL goal. He also scored in the HFX Wanderers home opener in May for his first goal with the club.

“It was poetic, it was really nice. I had that in my mind…I needed to score,” Perea said after the game.

“It was unfortunate we couldn’t win, it would have been more special to win at home in the last game. But today, playing at home, all the fans you could see how they treat us. It was really special,” Perea said.