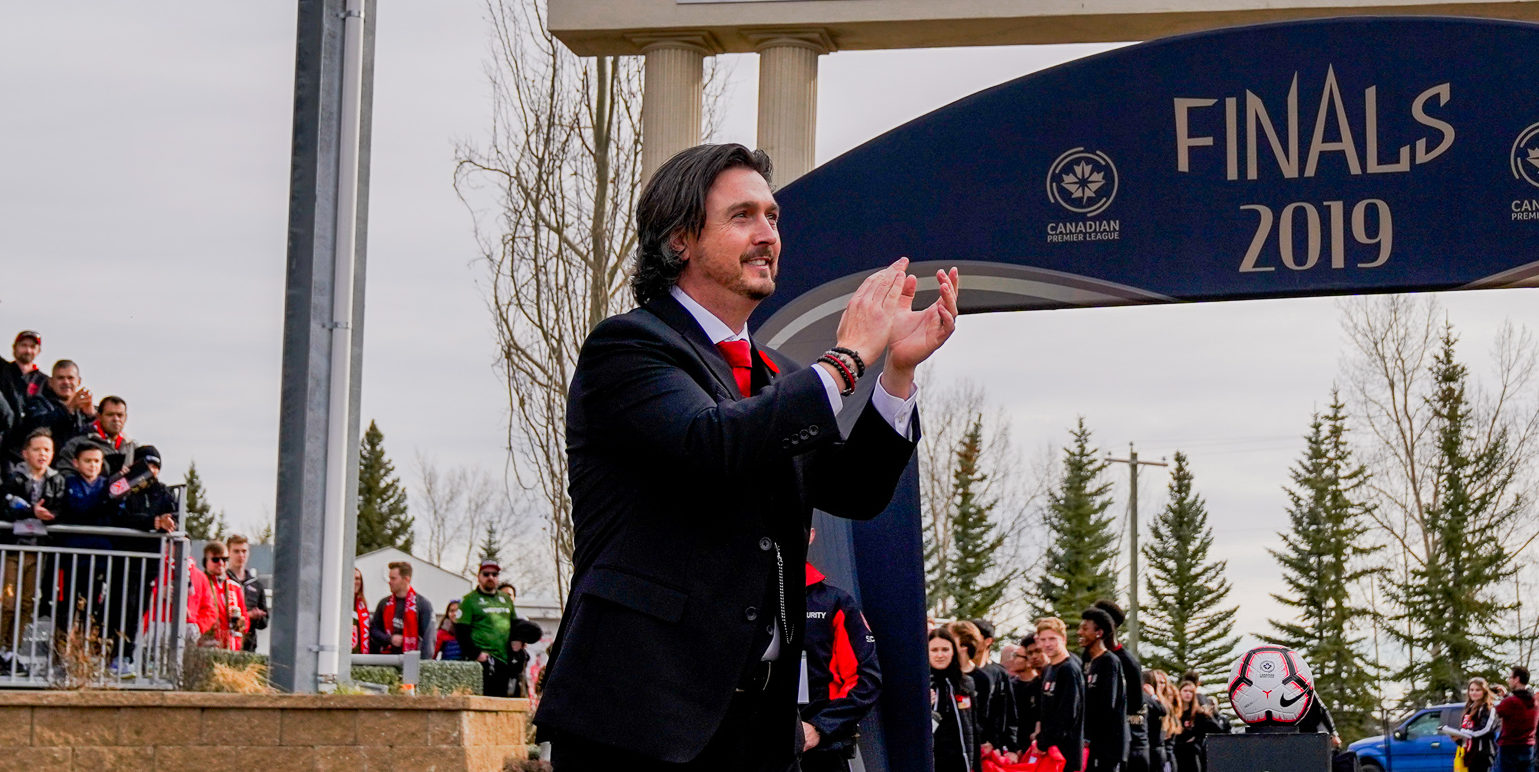 CALGARY – One by one, the Cavalry players walked up to the podium and had silver medals draped around their necks.

With the exception of captain Nik Ledgerwood, all of them peeled off their second-place medals as soon as they could. Some didn’t even make it down the stairs of the temporary stage, set up on the Spruce Meadows grass, before taking their medals off.

There’s a pain that comes with losing a championship game. It is even more acute when that loss happens in front of your own fans.

In time, the Cavs will look back on the season and recognize that the successes vastly outnumber the failures. But, to use coach Tommy Wheeldon Jr.’s oft-used words, Saturday was a day to bleed. It was a day to hurt. And Wheeldon said he believes that this loss will be something his club uses for motivation in the season to come.

“I think we’ve had drama,” Wheeldon said of the season-long rivalry between Forge and Cavalry that, let’s face it, has defined the inaugural season. “We’ve had late goals, we’ve had tight games, one-goal games, we’ve had sendings off. I think anytime you do that, it’s not fabricated, it’s real. And seeing them lift the trophy in our home, that hurts.”

It was a day of missed chances for Cavalry; balls skipped over the feet, passes were a touch too strong, crosses were repelled by the Forge back line. Dominique Malonga headed a ball into the ground that jumped over the bar. And Dominick Zator had a great look late in the game but blazed his shot over the bar.

These won’t easily be forgotten.

“But I’ll tell you what, it will inspire us for next year, too,” said Wheeldon. “This isn’t the finish of any rivalry. This is just the beginning of a head-to-head battle that will go on for years, I imagine.”

Soon after the final whistle of Cavalry’s second consecutive 1-0 loss to Forge, Wheeldon took a lap around the edges of the pitch, waving to the fans who had stayed behind. It was an emotional finish to the Cavalry’s season.

“It was a heartfelt thank you,” he said. “They’re going to feel this with us. But what I think we’ve seen is we will fight to represent them, and we never give up. We just ran out of time. I think for us to go ‘round and say thank you, I’d like to say it individually to every single one of them.”

It has been a heck of a go-to between the two teams. Cavalry won the Spring and Fall titles, and also knocked Forge out of the Canadian Championship. But, in the end, Forge had the final laugh.

To Wheeldon, though, Forge winning the shield doesn’t diminish his team’s claim: That, over the course of a full season, Cavalry, not Forge, was the best team in the league.

“We’re league champions, if you look at it that way,” he said. “In any other place in the world, we’re spring, fall, overall league champions…. We just never quit, we never got blown out in any game, every battle we were always in, every game we played with everything we had. That’s how we should be remembered. They’ll (the players) will appreciate that. It will sting for a while.”