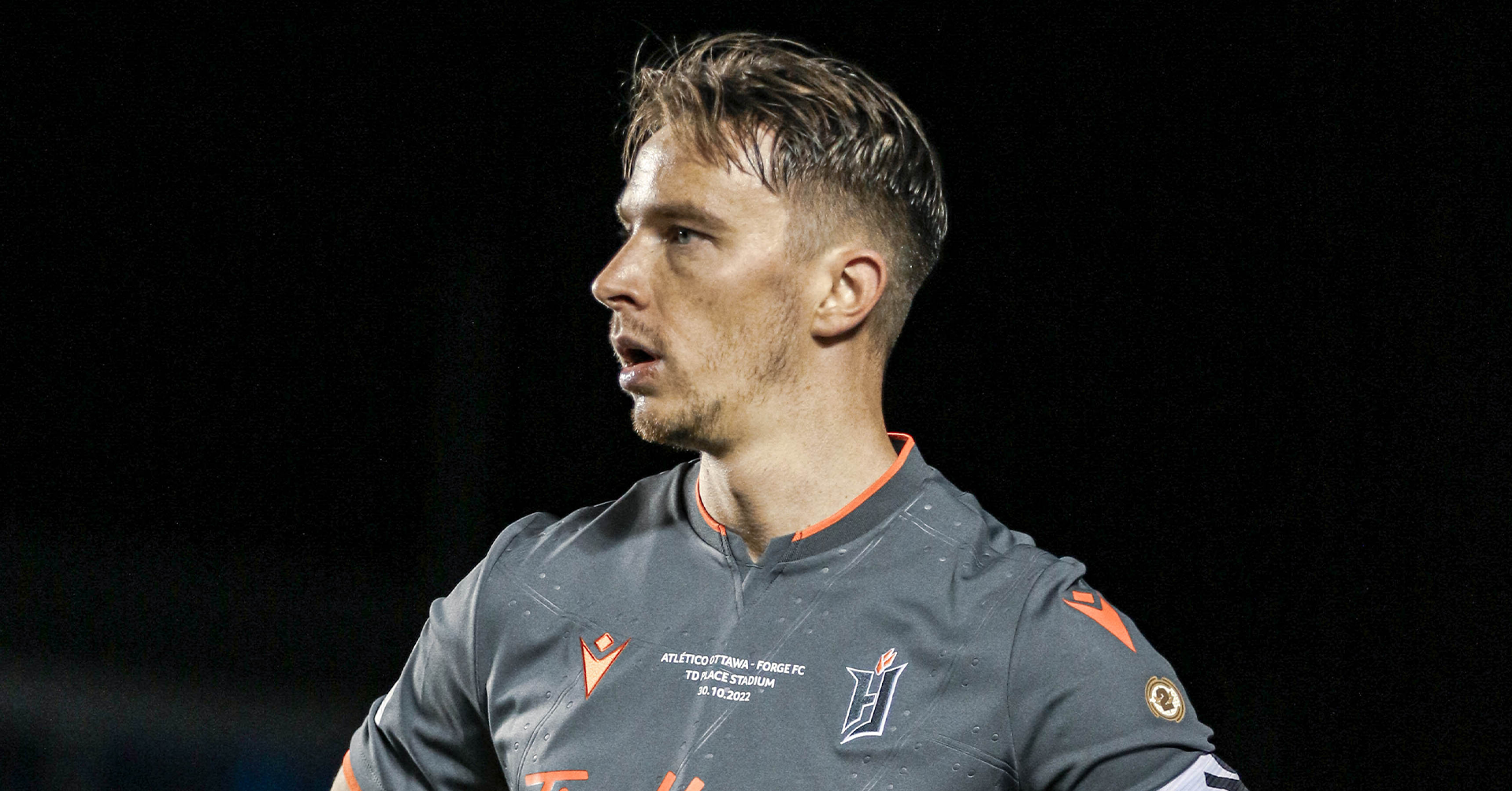 There is a storybook quality to the way that Daniel Krutzen concluded his time with Forge FC.

The 26-year-old central defender spent most of 2022 on the sidelines, battling an ACL injury. It was a slow process, one in which the club took a cautious approach so as not to bring back Krutzen too early — difficult for a player who just wanted to be on the pitch.

When he did finally return late in the campaign, he suffered a head injury in his second game back, and it looked like his year might be over.

“It has been crazy this last season, lots of ups and downs and it was definitely one of the most difficult years in my life with the injury,” Krutzen told CanPL.ca.

But in an incredible demonstration of both mental and physical resilience, Krutzen took to the field again, first in the second leg of the semifinals against Cavalry, before captaining Forge to a 2-0 victory against Atlético Ottawa in the 2022 CPL Final.

On Sunday night, he announced that will be his last act for the club as he is moving on to pursue a new challenge. After a preseason trial with the Vancouver Whitecaps ended last week, an announcement on what is next for Krutzen should be coming soon. However, for the time being at least, it concludes what has been one of the most impressive Canadian Premier League careers to date.

“I think part of it is four years in the same spot is personally for me kind of a long time,” he said of his decision. “Then on top of that, everything that we have achieved I think I’ve had four incredible years, three championships and all the great memories that we’ve made together and all the great games that we’ve played. It just feels like the right time to try something new and go somewhere else.”

The Brunssum, Netherlands-born defender, largely raised in Belgium, initially joined Forge for their inaugural season in 2019. After a trial with the Seattle Sounders 2 didn’t work out, Krutzen was contacted by then-Forge assistant coach Peter Reynders about joining the newly founded professional club on trial.

“It was kind of my only option, so I decided to get on a plane to Toronto,” said Krutzen. “I tried out for a week and they decided to offer me a contract for two years.

Forge gave him his first professional minutes and he would go on to play 80 times for the Hamilton club in all competitions, scoring an impressive nine goals from the back. Along the way, he had the chance to further shape his craft under one of the league’s top coaches, Bobby Smyrniotis. He also credits fellow centre-back turned Forge assistant coach and former Canadian men’s international player David Edgar for his development.

“I think [Bobby and I] share a lot of the same philosophy about the game and he’s helped me become a better player, just grow into the professional game,” says Krutzen. “David Edgar, playing alongside him and his experience in the Premier League and hearing all of those stories, it just helps you as a player to become better.”

Memories that will last a lifetime 🍁⚽️

Here are more of @Danielkrutzen's best moments in a @ForgeFCHamilton kit 🔨#CanPL I 📺 @onesoccer pic.twitter.com/7cs9e3wP8z

Another aspect of his time at Forge that allowed him to rapidly improve was the success of the club, which meant playing in multiple big matches both domestically and abroad. Between the three CPL championships, Krutzen played in a Canadian Championship semifinal and helped Forge become the league’s first team to qualify for the Concacaf Champions League.

Asked which moment he will remember most from his time with Forge, Krutzen says there are too many to name. But he singled out two in particular that made him most proud: the 2019 CPL Final and a 2021 Concacaf League home victory over Costa Rican side Santos de Guápiles.

“Just that night as a whole we did something that was unimaginable. To do it at home, to win 3-0, it was just one of those great nights at Tim Hortons Field that I will forever remember,” he said. “Obviously the first championship, winning in Calgary was a great memory. My family was there too, we had a great party at the bar that night. Those kind of things will forever stay with you. There is plenty to choose from.”

He will also be proud of the role that he and Forge played in representing Canada in those competitions, as well as raising the standard of the Canadian Premier League since its inaugural year.

“Just following all of the Canadian players that go from the CPL to MLS and just everybody that has been a part of the national team and going to the World Cup, and seeing them perform there, yeah, you have a bit of a feeling like we all did this together,” he says. “It’s building the reputation of Canadian soccer and I think we have definitely helped within Canada, within the CPL here at Forge.”

Over the next few years, Krutzen hopes to take an even more involved role in the Canadian soccer movement. This past year, he acquired his Canadian permanent resident card, a big step in what he hopes will lead to a chance to represent the country he has called home for the past four seasons.

“It would be a dream, especially having the World Cup in Canada, the U.S. and Mexico in 2026, I think that is definitely a goal that I envisioned for the long term and I guess we will see what happens in the future,” says Krutzen of his hopes to play for the Canadian men’s national team some day.

What is assured is that one place, in particular, in this country will remain special to Krutzen forever.