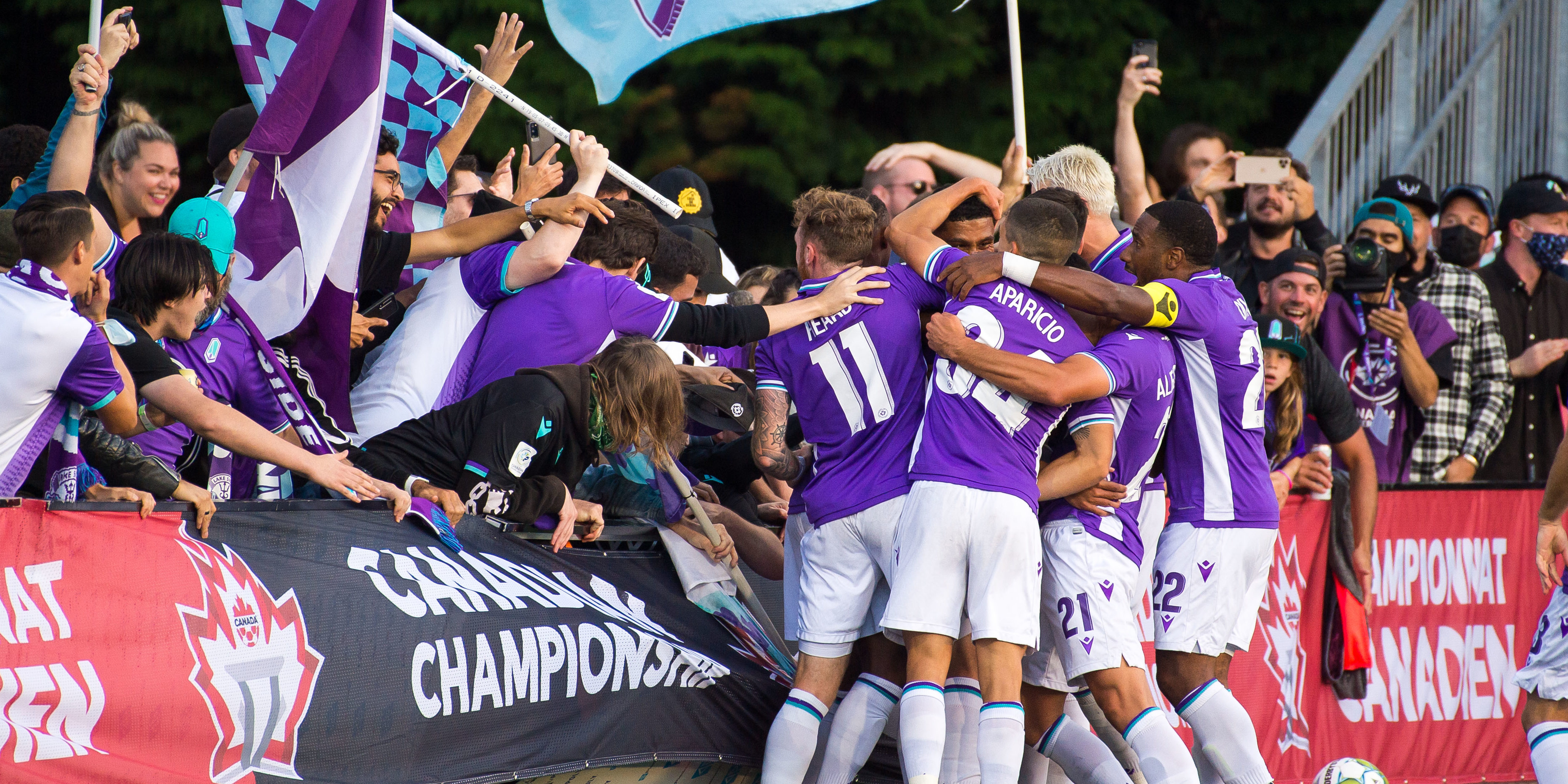 Sometimes we just have to stop and smell the roses.

Life moves fast and the sporting world is no different. We are told by players and coaches ‘to take it one game at a time’ yet many cannot stop talking about what is next when one game is barely over.

It wasn’t long ago that here in Canada we had no soccer being played anywhere. Leagues waited patiently dreaming of better days. National teams were forced to play outside of the country to attempt to qualify for World Cups and Olympic Games.

Throughout it all, followers of the sport in this country have had many reasons to smile already in 2021. Julia Grosso’s winning penalty, Christine Sinclair and her team presented with Gold medals, Tajon Buchanan’s equalizer against Mexico in the Gold Cup, the return of MLS clubs to their home cities and the Canadian Premier League starting a new season.

There will of course be more to come. After all, there always is. Canada’s final round of World Cup qualifiers are almost here. Qatar 2022 is a real possibility.

For now, though, let’s just allow that to come to us. Let us stop and ponder what we just witnessed.

What happened on Vancouver Island on the final Thursday evening of August 2021 was another marvellous day for the sport in this country. For a true soccer culture to be developed games like this are needed, regardless of who wins. A proper cup tie at a small ground with a loud, intelligent, and predominantly home crowd, reacting to every shot, long ball forward and crunching tackle.

It only took five minutes and it was clear for anyone who wondered that, although this was a local derby, it was clear any Whitecaps fans in attendance were a real minority. Ryan Gauld, the elegant Scottish playmaker operating inside the middle of Vancouver’s attack, and a player whose value would be more than the Pacific FC team combined, received the ball and immediately felt former Whitecaps academy man Alessandro Hojabrpour slide through him and take it away from him.

The roar of the crowd was noticeable. Not simply to show just how much the home fans wanted it, but also because it was the kind of noise you only hear at cup ties in stadiums like this around the world. It was Pacific FC against Vancouver Whitecaps in the Canadian Championship first round but it felt like a classic FA Cup third round tie from England, something you would see if Gateshead played Newcastle United or Walsall met Aston Villa for example. Players from one area, with connections to the biggest club in the region, now left to fight and show just exactly who they are, given the chance – perhaps their last one – they never knew would come again, but were presented with thanks to the unrivalled beauty of knock-out, cup football.

Through the long balls, direct play and fierce tackles a diamond still shone brightly as they always do in such moments. At times the quality on show from Gauld’s feet made it feel like he surely didn’t belong here, but again cup football at any level simply hands you the level and forces you to adapt. There were, inevitably, moments when Gauld looked to take the game over, that was until purple shirts did what they did all match, chasing down space like they have never done so before. Never, ever take for granted a group given another chance and this was a group playing like it was their last.

Another man with rejection in his mind, left back Jordan Haynes, was the next one to send a message to the Scottish wizard, sliding through him to win a ball back later in the first half. In between the challenges, the Whitecaps had been knocked down twice, wilting under the pressure and conceding the ball needlessly to allow Terran Campbell and Manny Aparicio to score goals either side of one from Gauld himself. They were goals that simply showed one team wanted and needed it more.

At 2-1, crucially, the desire and fitness levels never dropped for Pacific. This was their game of their lives. No lead forced them deeper. No pressure from the MLS squad forced them to rethink their pressing and attacking nature and their energy levels forced the Whitecaps to struggle to build any kind of possession and momentum. Throughout, Pacific hurried and with their star player, Marco Bustos, sadly away from the game through injury, their next star left-sided player, Josh Heard, produced his own moment of magic to make it 3-1. Minutes later it was Gauld who headed the Whitecaps a goal closer, but still the home team pressed and played the game their way, eventually winning a key free kick that Alejandro Diaz poked home to make it 4-2.

Some games feel long, sometimes tedious where the ball will often stop to take its own breath far too many times. This was a game played at a pulsating rate; a breathtaking cup tie, where the ball never stopped and was the only thing that moved quicker than 10 outfield players in purple shirts who made it very difficult on their guests through their mentality from whistle to whistle. The truth was the Vancouver Whitecaps, the heavyweights many of the fans and players in purple once cheered for, couldn’t find the fuel that ignited Pacific on this record-breaking night, even if a 98th minute goal made the 4-3 scoreline look closer than the game was. They were the losers on a night where very few lost. Langford, British Columbia provided a setting to spark the sport in this country.

That happens all over the world in this wonderful sport. It is now finally happening in Canada and that is a monumental step forward for the sport in this country.