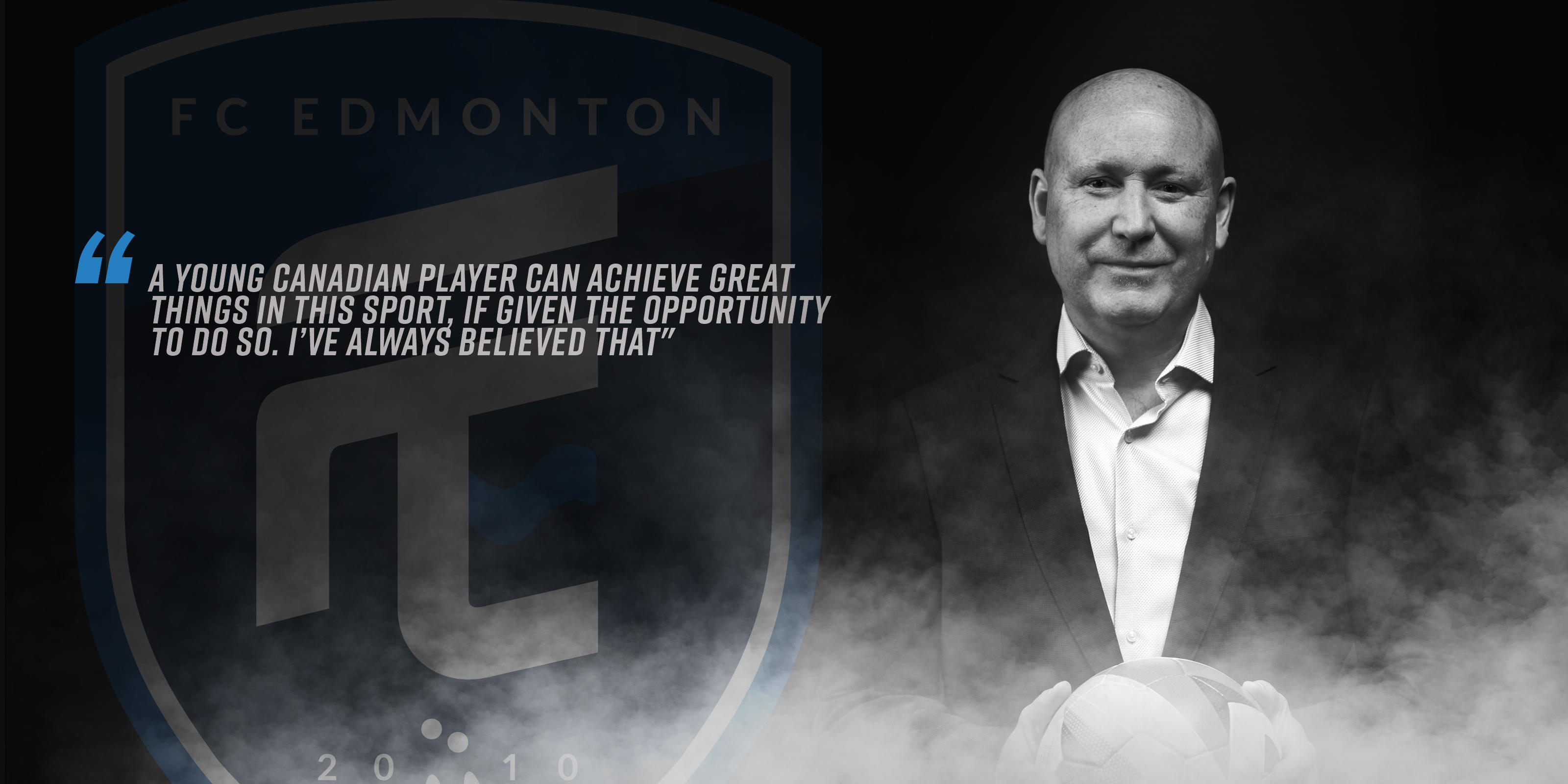 The sea calls to the sailor, just as newly-minted FC Edmonton head coach Jeff Paulus calls upon his brightest pupils to return and sail together through the uncharted waters of the Canadian Premier League. For Paulus, this latest adventure – one of many he has enjoyed across Canada – feels like a culmination of three decades of hard work, education, and experience.

“It still seems surreal to me, a little bit,” Paulus told CanPL.ca about the birth of Canada’s new soccer league – and his role in it.

“I was once that young kid growing up playing a game that wasn’t that popular,” he continued. “You come through, and you have dreams of making it – and I never did. But what I did start doing was coaching at 20 years old. I worked my way through all the ranks. I’m hoping that the journey I’ve taken to have the privilege of getting this job with FC Edmonton is what the CPL becomes, for everybody.”

Paulus is no stranger at Clarke Stadium, having served as an assistant coach, academy director, and head coach of the FC Edmonton Under-18s during the last six years. He credits local soccer figurehead Joe Patrone for his first opportunity with the club, while also citing Stephen Hart, Sean Fleming and Bert Goldberger among his influences and teachers.

Paulus styles his tactics around the 4-3-3 of Dutch “Total Football,” adopted from previous FC Edmonton coaches Harry Sinkgraven and Hans Schrijver. He cites St. Albert Soccer Association technical director Graham Wood as his biggest influence, the man who taught him about “humility and modesty and about doing what’s right.”

The biggest lesson Paulus took from Wood was to make decisions for the best interests of his young players, a lesson he hopes to implement, now, in the Canadian Premier League.

“I see these kids develop through our academy, and they’re players that I’ve always believed in, but I don’t see an end-goal for them,” Paulus admitted. “Where do they go at 18 years old? Most of our players went to university, which is great, but now, with the CPL, it’s given me the belief that a young Canadian player can achieve great things in this sport, if given the opportunity to do so.” 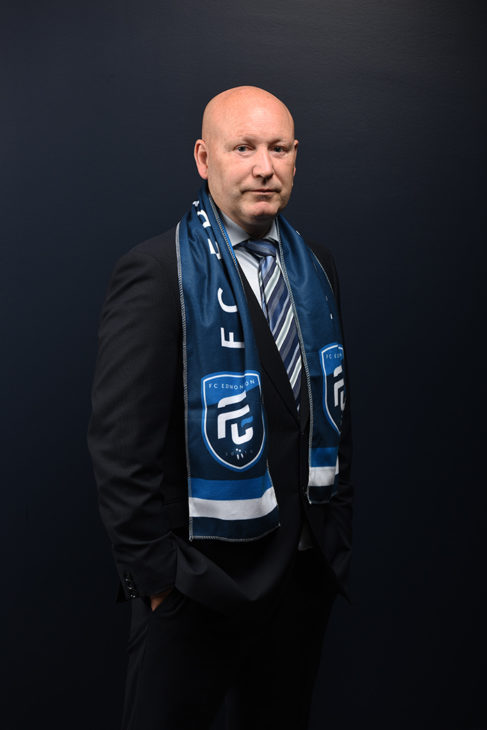 A Life At Sea

Born in Toronto, Paulus attended Seneca College with hopes of being a soccer player but suffered a career-ending injury during his very first match. In search of a new beginning, a then 19-year-old Paulus left Seneca and joined the Canadian Navy. He found himself stationed in Victoria, and then Halifax, where he completed his educational degree at Dalhousie and Acadia.

Between lakeshores, harbourfronts and beaches, wherever Paulus has lived and travelled, one familiar comfort remained – the sea.

“I love the water. In the end of the day, I was a sailor, and I love the water, so the biggest transition for me was moving to a place that had no water,” Paulus said, when asked about life in Edmonton. “That was the hardest adjustment for me, was not being on the water every day. Because even when I wasn’t at sea as a sailor, I still worked on boats.

“I gave adventure tours, believe it or not, during my university days. I captained a 22-foot rigid-hull Zodiac and I gave tours of Peggy’s Cove and St. Margaret’s Bay. Then I moved out to Edmonton and it’s all dust and no water – that was an interesting one!”

“But, I’ve gotten to love Edmonton,” he continued. “There’s something about it. It’s not finished yet, for me. It’s a city that’s going to reach greater heights. It’s a city with a bright future and wants to grow and get bigger and become a destination. I get a sense of that, of being involved in something at the beginning. It’s a huge city, but still one where people are friendly. They are, for me, people who work extremely hard and keep a small-town feel to it.”

He’s counting on that community mentality to translate into fervent support for FC Edmonton when his team takes on the likes of Valour FC, Cavalry FC, York 9 FC, HFX Wanderers FC and other Canadian Premier League outfits in the inaugural season, which kicks off in April of 2019.

“I’m hoping to see a full stadium packed with support, and a team stepping out in our uniform, loaded with Canadian kids who have come through our program, that plays appealing football,” Paulus said, when asked about his hopes for FC Edmonton’s CPL adventure. “I hope they show everybody in the stands that this is what this team is going to be about, right from day one – a strong team in a league they’re going to want to follow and support.”