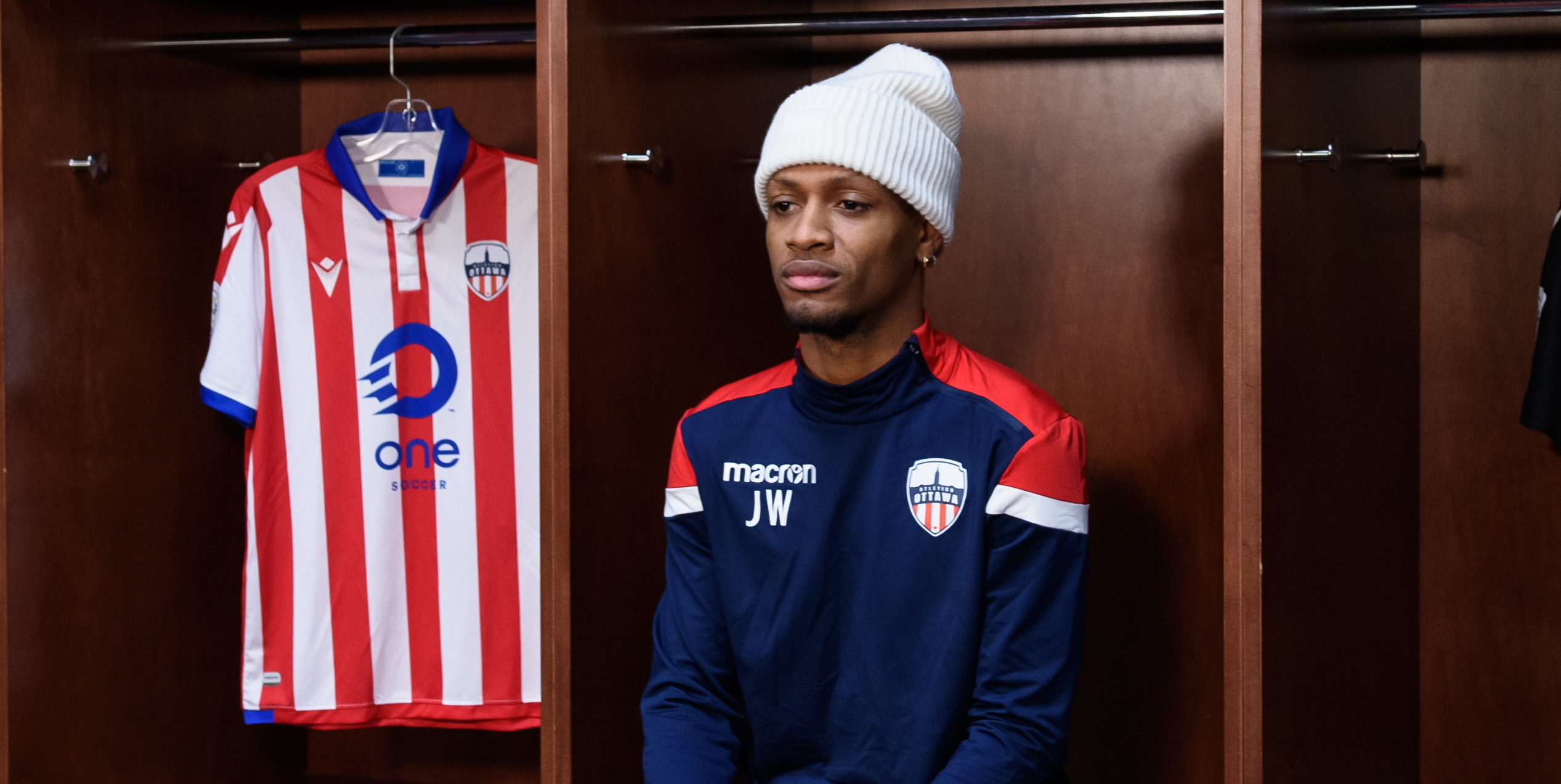 It’s not a very common story: A kid from Pickering, Ont. moves all the way around the world to pursue a professional soccer career in Singapore, and ends up staying there for 10 years.

That’s the path recent Atlético Ottawa signing Jordan Webb took, though; after a decade plying his trade in Asia, he returned home this year to finally play in front of his family. In his appearance this week on the CanPL.ca Newsroom, Webb recounted his time in Singapore with clubs including Hougang United, Home United, and Tampines Rovers, and he detailed some of his adventures across Asia in the AFC Cup, finally breaking down why exactly it was the right time to come back to Canada.

Webb explained that he first got the opportunity overseas through his cousin, Anthony Bahadur, who had a trial lined up. One thing led to another, and Webb found himself playing consistently as a professional in a new country.

“When I’m coming from Canada, going to Singapore to go play in a professional setting, it’s totally different,” Webb said. “Now, you’re one of four foreigners, and your job is to be even better than the locals, and you have to do good all the time. I had a tough time in the beginning of that, and on top of that being away.

He added, explaining why he was happy to stay: “After living there for so long, it became my second home. A lot of my friends were there, I was pretty much there my whole 20s. My life was there in a way, I was there from January to November. Singapore’s not like Malaysia or Indonesia or other countries, it’s kind of like being in Toronto or something.

“It’s diverse, it’s multicultural. It’s nice, so I was pretty happy. A lot of people ask me, why didn’t I leave? I don’t know, I was playing on the best team in Singapore, got to play with the internationals, play AFC, play with big players too.”

Webb ended up making 200 appearances in the Singapore Premier League, playing at times alongside the likes of former Liverpool and Arsenal winger Jermaine Pennant, among other talented players. He played continental matches all over Asia, from India, to Indonesia, to Vietnam, and everywhere in between.

Ultimately, though, the time was right for Webb to come back home.

“I was pretty much at the top of my game when I left and my family has never really seen me play,” he explained. “They’ve seen me play a couple games because I flew out my sister and my nieces, I flew them out to come to Singapore to experience a different side of the world.

“But I’ve always wanted my mom and my aunts and my friends to see me play, and be back home. That was 100 per cent a big reason why I wanted to come back. It just happened to be that Ottawa was one of the teams that hit me, and obviously being backed by Atlético Madrid and stuff, that was a big, big reason to come back.

“I wanted my mom to see me play — while I was still good.”

Webb had plenty more to share about his time in Singapore — as well as his first impressions of the Atlético Ottawa squad — in his appearance on the CanPL.ca Newsroom.

To hear Webb’s interview in full, as well as the rest of the podcast episode, subscribe to the CanPL.ca Newsroom by clicking here.