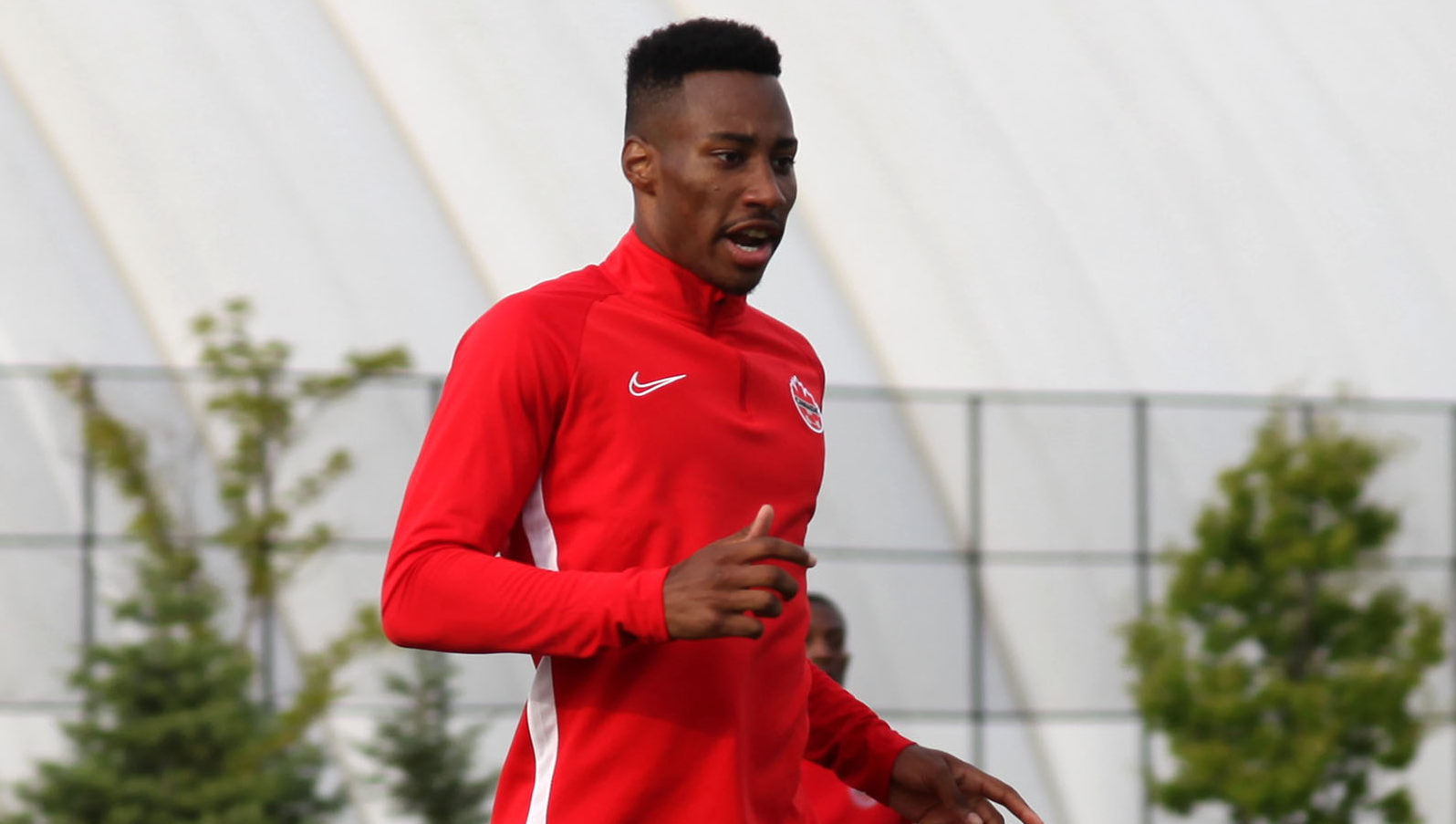 TORONTO – Mark-Anthony Kaye did an optional weight training session the morning he arrived for Canadian men’s national team camp this week ahead of two CONCACAF Nations League battles versus Cuba.

This isn’t a comment on his fitness or something he wouldn’t normally do. Rather, it’s part of Kaye’s attempt to reshape his Canadian camp experience, so to speak, as he is back in red for the first time since a particularly difficult defeat to Haiti at this summer’s Gold Cup.

“I did some self-reflection after the Gold Cup,” Kaye told CanPL.ca. “I just need to make sure I’m more mentally balanced.

“The Gold Cup was 30 days in a hotel. That can wear on you. You have to find ways to get yourself back on track. Sometimes it can get a little exhausting … and it’s usually too late to fix it.”

Kaye wasted no time trying to learn from the drain of this summer’s CONCACAF experience, which saw Canada play four games during a North American-sprawling journey, which ended with that loss to Haiti in Houston.

“It does play a factor in how you carry yourself in a camp,” Kaye said of the nature of a national team set-up. “Do what I can to keep myself mentally fresh. We had an optional (weight training session). Most guys are tired, just got off a flight, they won’t do it, but I looked at it as an opportunity to get myself going.

Keeping mentally “on” is key for the LAFC midfielder, especially considering how his 2019 has gone thus far. With four goals and five assists through 18 appearances, Kaye has helped LAFC take hold of first place in a whirlwind campaign, earning MLS All-Star honours in the process.

A top-of-the-table, high-intensity league run by LAFC bled into this summer’s Gold Cup, Kaye’s second with the national team. Expectations were high for the 24-year-old MLS starter who played a much bigger role than his 2017 tournament.

“This one, I was going there to win it,” Kaye explained. “So, there was this sense of pressure you put on yourself and the whole group. Now I have a bigger role in the team and I know where I am with my club professionally, so there are other things that come into your mind.”

Kaye played 131 minutes across four matches, including a 26-minute cameo appearance against Haiti.

“Mental stability is a massive thing for any athlete and sometimes you can take that for granted,” Kaye offered.

Kaye to get ‘fair opportunity’ in CanMNT midfield post-Gold Cup

Kaye arrives at this Canadian camp after playing left fullback for much of 2019, rather than his “natural position” in central midfield, as part of a makeshift backline constructed by coach John Herdman.

“John and I had a discussion leading up to the Gold Cup,” Kaye began, discussing Herdman’s wish to play him at left fullback for the tournament. “He said (playing left fullback) was what I need to do for the team at this Gold Cup. He was honest and said he had a group of guys he had been working with for a while.”

There’s a distinctly eight-legged hole in Canada’s midfield at this camp. Atiba Hutchinson, affectionately known as the Octopus, is absent as the veteran leader has remained with his professional club, Besiktas.

The 36-year-old, 84-time capped national team member’s absence could spell a chance for Kaye to play in the middle of the park, if the aforementioned conversation with Herdman is any indication.

“After the Gold Cup, going forward, he said would give me a fair opportunity to play in my natural position,” Kaye concluded.

We’ll see as early as Saturday when Herdman’s side opens its CONCACAF Nations League campaign against Cuba at Toronto’s BMO Field (8 p.m. ET/OneSoccer). Three days later, the teams meet in a neutral venue encounter in the Cayman Islands.