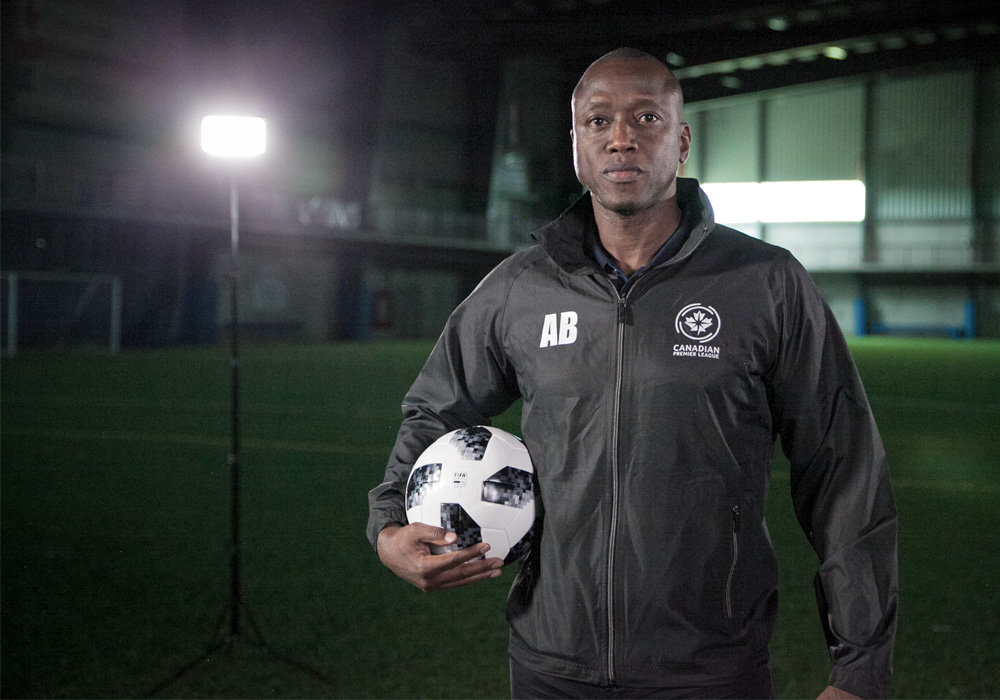 Former Canadian men’s national team striker Alex Bunbury appeared on TSN 690 radio with Tony Marinaro to talk about the Canadian Premier League’s upcoming #GotGame Open Trials, while also sharing his thoughts on what prospective investors from his home province of Quebec might need to do in order to secure a club in Canada’s new coast-to-coast professional league.

Listen to the full interview on TSN.ca.

Bunbury, who will be leading the nation-wide tryouts, spoke candidly about his desire to see a CPL club in Quebec, with Marinaro offering that Laval might be an interesting option for the province.

“That would be phenomenal. I’m all for that,” Bunbury said, when asked by Marinaro about a CPL club in Quebec. “Montreal, La Belleville, that’s my city man.

“We need to have a team in Quebec,” he continued. “If we can have a stadium of 6,000-7,000, that’s the norm. The secret is having a well-vetted investment group that is interested in this, and is willing to sit down with our team and speak to us in a way that says they’re very much interested. If they are, then we take the steps to see if it’s a possibility. That’s what has to happen. I can tell you this – I would be fighting for that, and I know the league is open to it.”

Bunbury also offered his thoughts on the importance of the upcoming #GotGame Open Trials to the growth of the game in Canada, and explained that players trying out in Montreal could have many options available to them within the CPL.

“We might have a situation where one of the coaches from Edmonton, Jeff (Paulus) for instance might say ‘I like this kid, I like this player.’ We’re going to have this discussion, and narrow down the numbers, because this trial is all about unearthing those players who are out there that have never gotten the opportunity.”

He added: “It’s all about development of these players. So many parents say ‘Once my kid hits 17, 18 years of age, they’ve got no place to go. It’s over. What are we doing for them?’ That’s why this league is so important.”