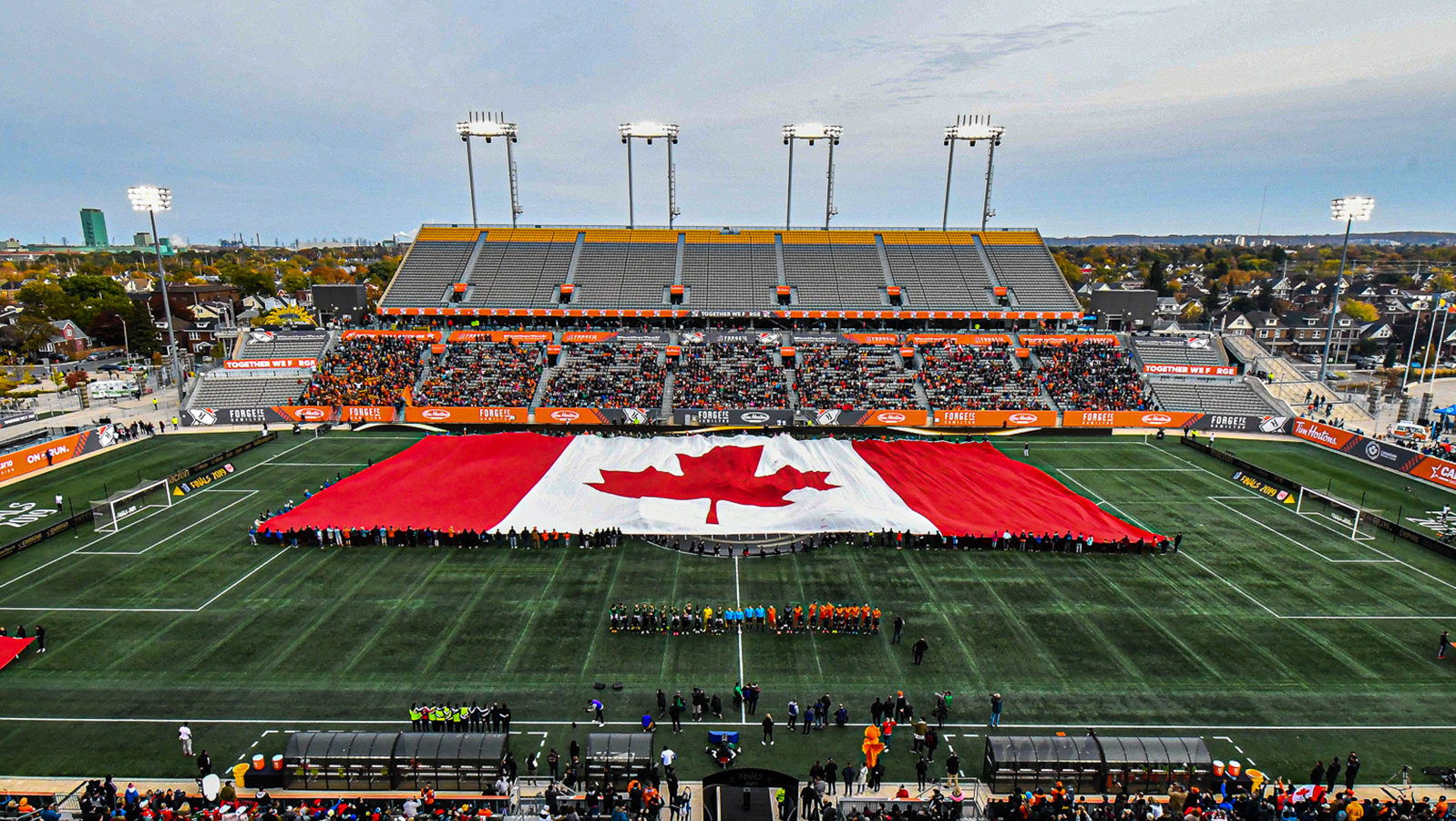 Forge FC and Cavalry FC face off in Leg 1 of the Canadian Premier League Finals on Saturday at Tim Hortons Field on Saturday.

Keep it locked to this page for live updates during the game.

The first half has gone by with no shortage of fireworks. Cavalry is down to 10 men after Joel Waterman’s handball in the box, but keeper Marco Carducci stopped Tristan Borges’ penalty kick attempt.

Borges won’t be silenced, though. It’s 1-0 Forge, as a result of his sublime strike on the brink of halftime.

The Golden Boot leader had one more part to play in this one, too. Borges saw the second red card of the game for a kick-out on Cavalry’s Jay Wheeldon.

The Hamilton-based side will head into the return leg of Finals 2019 with a one-goal lead after a roller-coaster of an opening match.

Leg 2 is scheduled for Nov. 2 at ATCO Field at Spruce Meadows in Calgary.